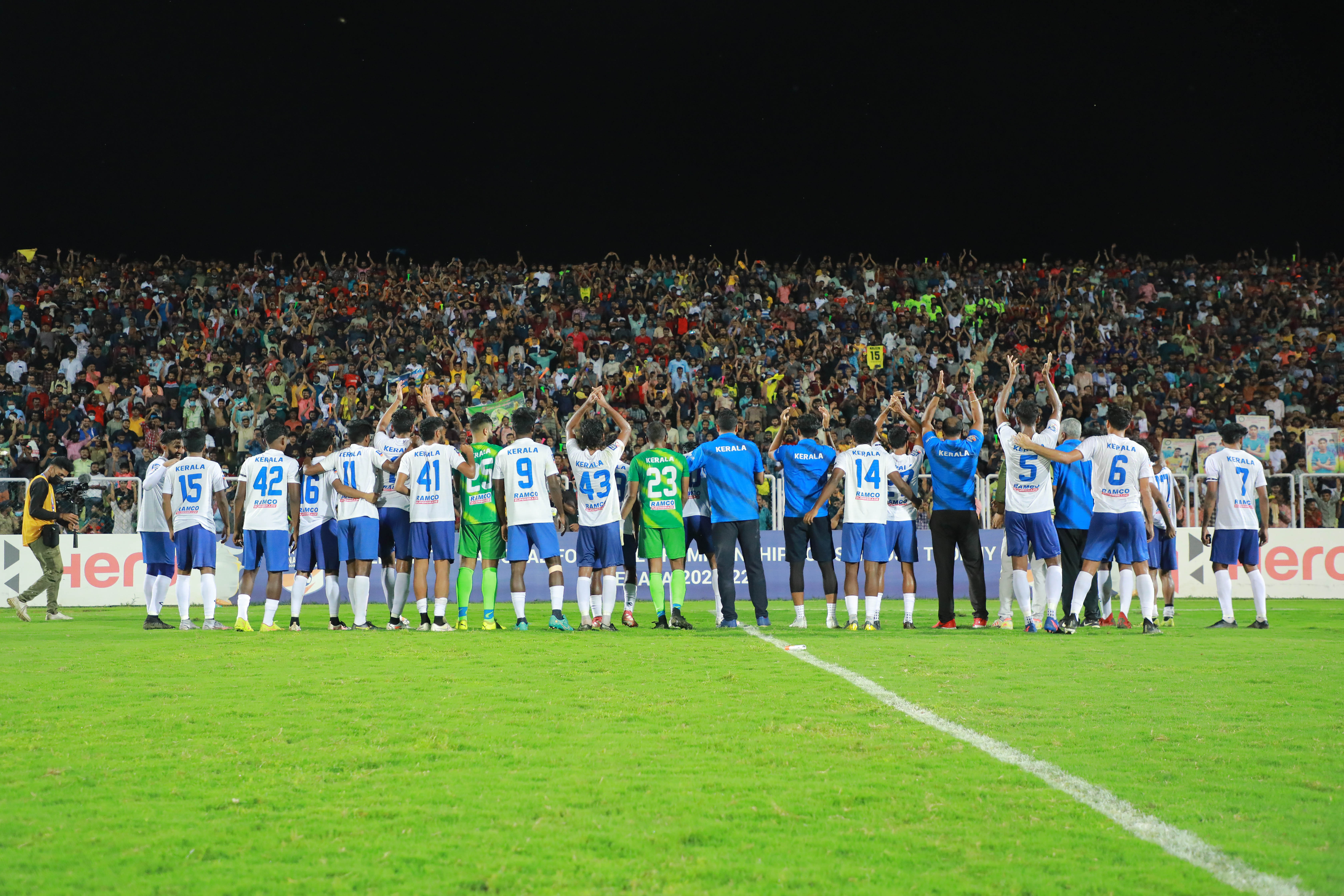 NEW DELHI: The Payyanad Stadium in Manjeri was one of the hidden gems of Indian Football, which came to limelight during the 2021-22 Santosh Trophy final round. Lush green pitch, passionate atmosphere and entertaining football made it a captivating affair for the fans inside the stadium, which in turn created a fascinating spectacle.

The Malappuram crowd thronged the Payyanad Stadium even four hours prior to kick-off of the Hero Santosh Trophy Final between Kerala and Bengal, where the former went on to lift their seventh Santosh Trophy title with a penalty shoot-out win over Bengal.

Manjeri will be treated to another Kerala-Bengal football spectacle when two-time defending champions Gokulam Kerala FC host last season’s title-rivals Mohammedan SC in the opening match of the 2022-23 season on November 12. It will be the first-ever Hero I-League match at the venue. The Malabarians will play their first six home matches in Manjeri.

Anilkumar, Kerala Football Association Secretary and AIFF Executive Committee Member, is excited to welcome the Hero I-League to Manjeri. “It’s a big opportunity for Gokulam Kerala and club football in general to host Hero I-League games in Manjeri. We are eagerly waiting to get the new season underway. Malappuram is a hotbed of football in our state and we’re anticipating a good turnout,” he said.

Anilkumar was all praise for the football-loving fans of the city. “We hosted the Federation Cup in Manjeri in 2014 and the stadium was packed even during the afternoon kick-offs. And everyone witnessed the passion of the fans during the Santosh Trophy in April.”

MM Jafar Khan, an ardent football fan with plenty of matchday experience in Malappuram, recalled the enthusiasm of local fans during the 2013-14 Federation Cup. “The tournament was held with a capacity crowd and thousands of fans returned home due to the non-availability of tickets. Such was the craze during afternoons, even without any Kerala club playing in Manjeri.”

There’s arguably nothing that unites the people of Malappuram more than football. “Even during Ramzan, oceans of fans came to watch the Santosh Trophy. Now people are eagerly waiting for the Hero I-League,” Khan added.

Former India captain Jo Paul Ancheri believes football is in the blood of Kerala fans, even more so in Malappuram. “A large part of the crowd that you see in the Kerala Blasters and Gokulam Kerala matches comes from Malappuram to Kochi and Kozhikode. The Santosh Trophy had tons of fans too and I’m sure the I-League matches will see even more fans.”

Ancheri hailed Gokulam Kerala’s decision to play their first few games in Manjeri. “With the kind of support Gokulam will receive in Manjeri, I think they will be a tough team to beat at home.

“The Payyanad Stadium underwent renovations ahead of the Santosh Trophy, which also made it an easy choice for Gokulam Kerala FC to host Hero I-League matches here. “A new pitch and new floodlights have converted the Payyanad Stadium into a top-notch venue for football. I’m sure the I-League teams will enjoy playing on the smooth pitch and we’ll witness good quality football,” said Anilkumar.