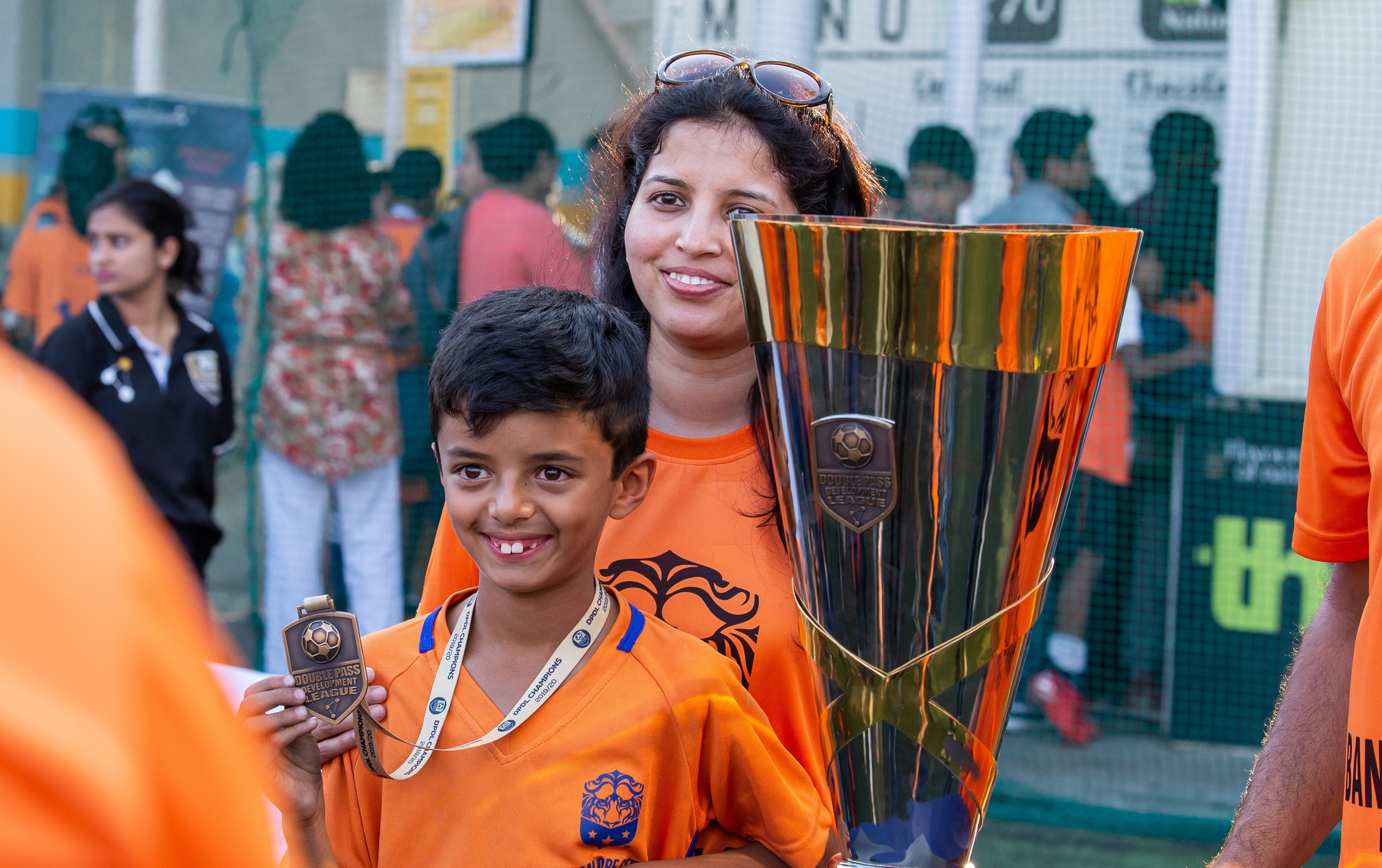 NEW DELHI: Ever since the Golden Baby Leagues were launched by the All India Football Federation (AIFF) in 2018, the beautiful game has been introduced to children (both boys and girls) at an early age across the country.

While these children, aged between 6-12, learn the basics of football through the Golden Baby Leagues, their parents also play a key role in their advancement in football. The folks at the Double Pass Development Golden Baby League in Bengaluru have recognised the importance of the role that the parents play, and have taken measures to instruct them to play a constructive role in helping their children through the learning phase in the beautiful game.

One such proud parent, watching his son from the sidelines is former India international and current Bengaluru FC assistant coach and head of youth development Naushad Moosa.

“Children, at this age, need to learn the basics of the game. But more importantly, they need to enjoy it,” Moosa said to the-aiff.com. “It is often common to see the competitiveness seeping down from the parents from the sidelines, and this disturbs the development of a kid. 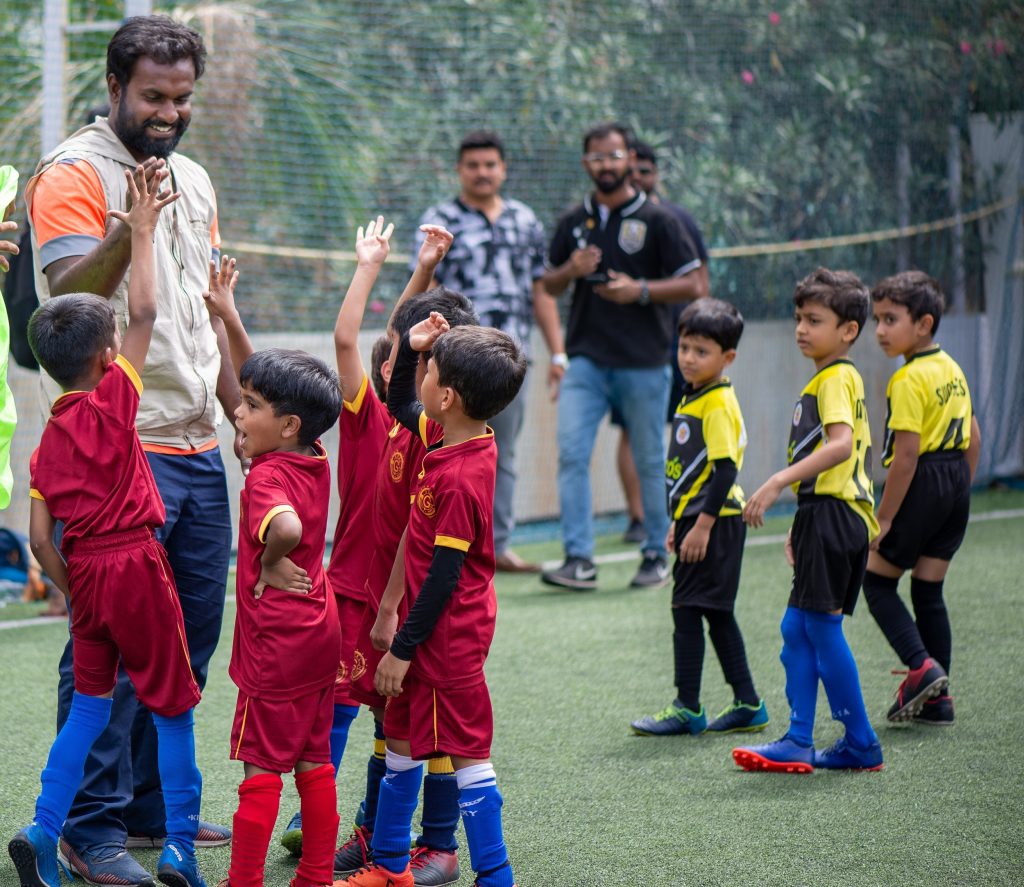 “For example, a coach may be trying to teach the kids to play a simple passing game, which of course will take time for them to develop. But if the pressure is there to win, they might often revert to long ball tactics, which may work here, but will probably not help the kids later on, if they want to go further,” he continued.

Moosa, whose 9-year-old son also plays in the Double Pass GBL, believes that at this early stage, it is more important for the children to learn the technical part at this stage, rather than work towards winning games.

“When they are between the age 6-12, it is important that they learn the technical aspect of the game. That is why we have got together with the league operators and share certain instructions to the parents that would help in this cause. If they shout instructions from the side, the kids get confused, especially if their coach has told them something else,” he stated.

A number of enthusiastic parents can be seen watching their wards from the sidelines. One person who attends the matches on a regular basis is 62-year-old Angela Beale, who accompanies her 12-year-old grandson to every game. 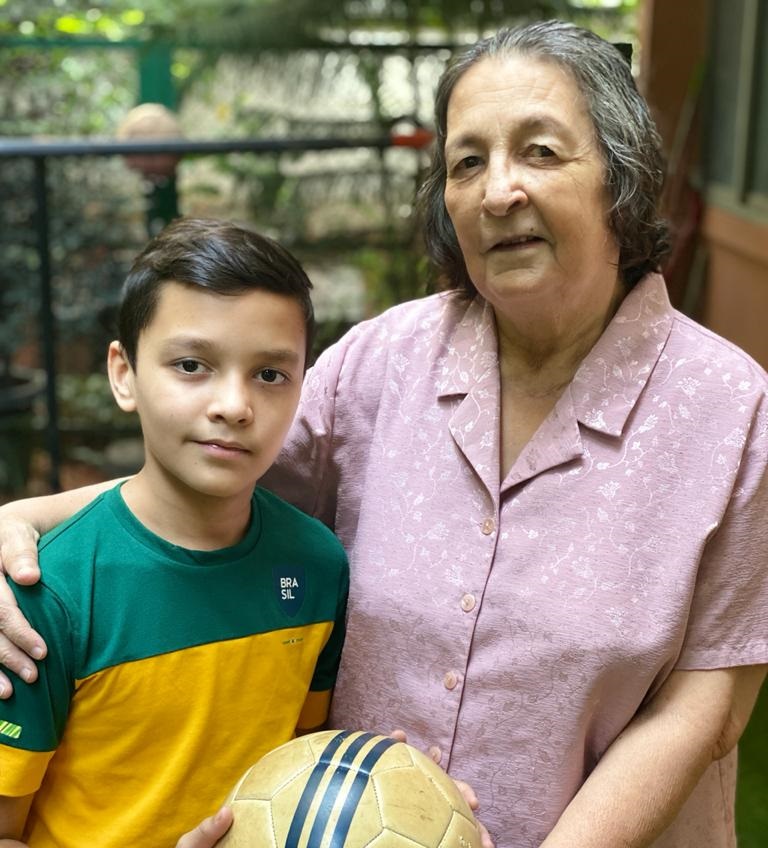 “I enjoy seeing all the children playing and it makes me proud to see how my grandson performs. It takes me back to many family memories with sports,” stated Beale.

“It is important for the guardians to provide support to their wards in times of disappointment and frustration. This is an important area where the wards can learn from their parents how to cope with life ahead,” she said.

Vedika and Anand Goenka are also parents who are regulars at the matches when their son Eklavya takes part. The former outlined the importance of a parent who needs to take care of the child across various aspects in order to ensure an overall growth. 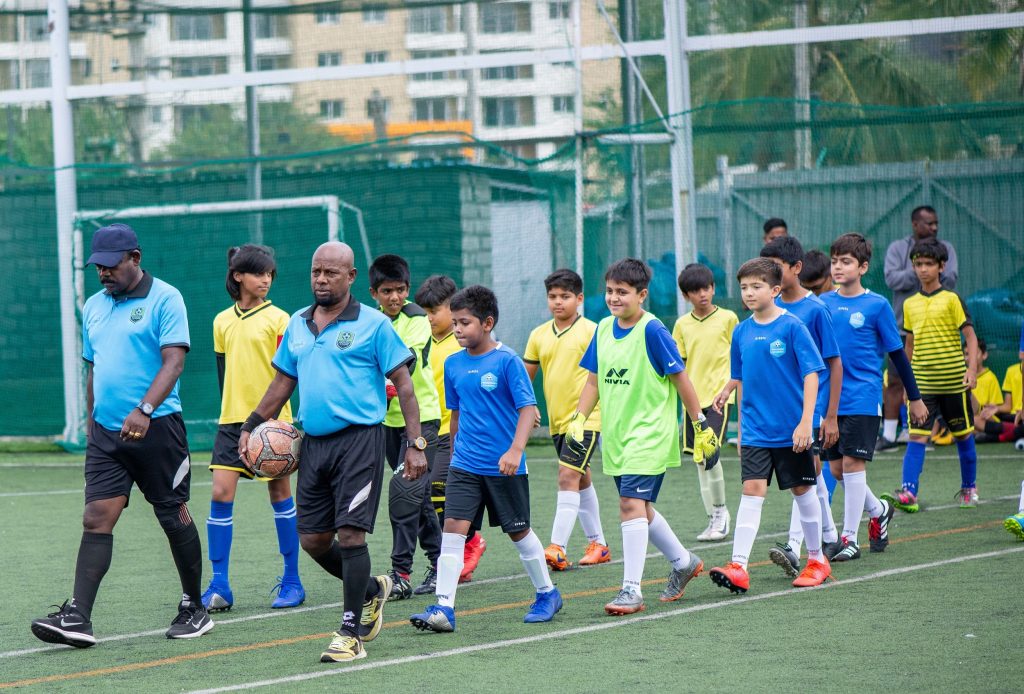 “Even though all the hard work on the field is done by the child, parents must be their ultimate support system. They have to do the hard work behind the scenes – taking care of their diet, their routine, whether they are getting enough rest yet have a good balance between fun time and practices, making sure they show up for all their classes even when you don’t feel like driving or have a hundred other things to do – giving this priority over everything else, even if it means being the bad guy to help them achieve their dreams,” said Eklavya’s mother Vedika Goenka.

His father Anand feels that it is important to let his child make the mistakes on the pitch at this stage, so that he can learn from them.

“I have seen coaches who let the kids make mistakes and learn from them to grow as players without having lost their patience with them even once – and only encouraging them throughout,” said Anand. “I love how Double Pass GBL have brought all the top-grassroots level clubs together which have also given a lot of exposure to us as parents and have made us realize the scope of this game in India.”