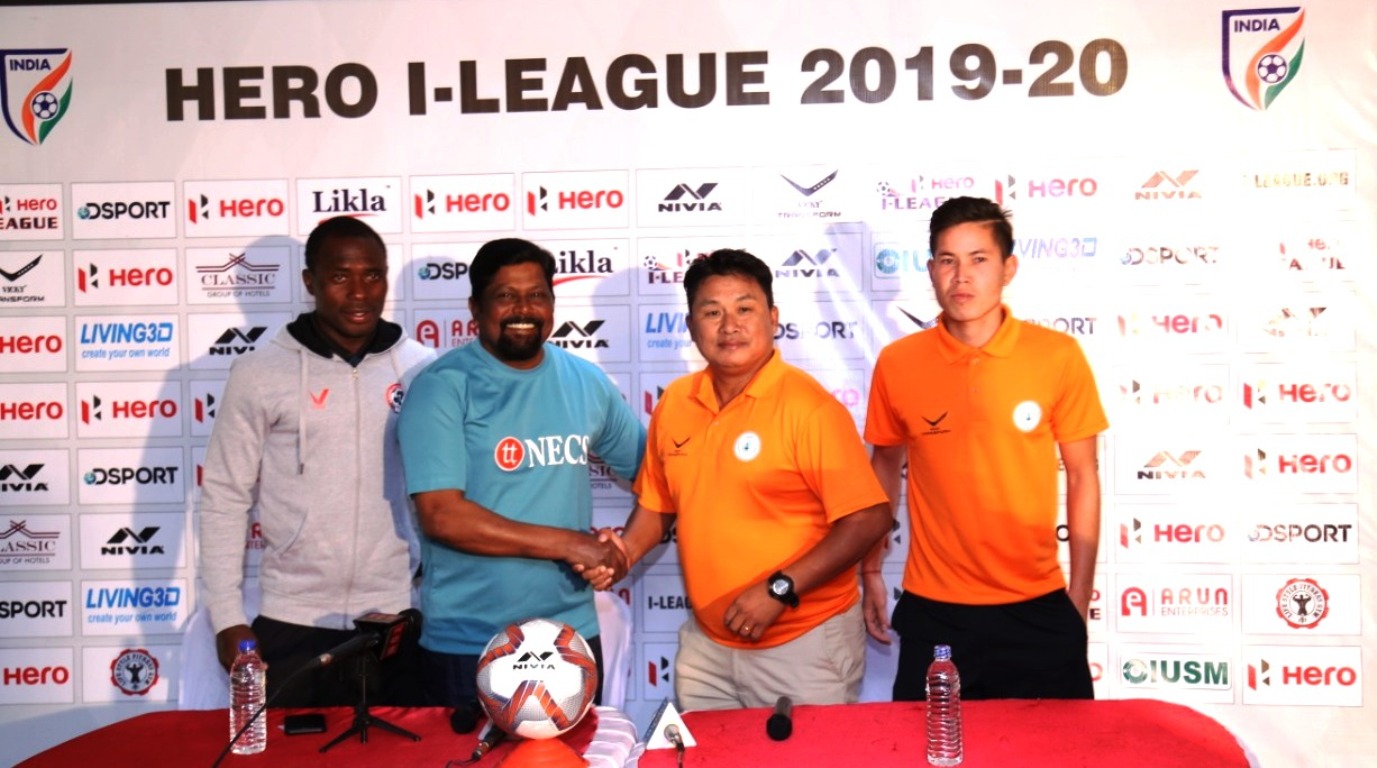 Imphal, December 5, 2019: Northeast rivals NEROCA FC and Aizawl FC will be facing off at the Khuman Lampak Stadium on Friday, 6th December as round two of the 13th Hero I-League gets underway.

The match is scheduled to kick-off at 2 PM IST and will be broadcast LIVE on DSPORT.

Aizawl FC faced Mohun Bagan at home in the opening day of the season and earned a point through a spirited display against the Kolkata outfit, as they held them to a goalless draw at home.

NEROCA FC, on the other hand, travelled to Kozhikode on opening day but were beaten 1-2 by an impressive performance by Gokulam Kerala.

Both sides clash in a bid to register their first win of the season.

Aizawl FC were in action in the Mizoram Premier League on 3rd December, and as a result, will have a few tired legs in their squad.

Reflecting on their performance on the opening fixture, Stanley Rozario, Head Coach, Aizawl FC said, “I am pleased with the performance of my players against Mohun Bagan and I wanted to get something out of the match, and we earned one important point.”

Weighing in on the tight schedule and their opponent, he added, “It’s a very tight schedule and I don’t want my players to get any injuries. NEROCA are a good team and have a full squad with foreigners and will come strongly against us. It’s also their first home match and they will get the home support as well. My players are confident, motivated and ready to take on them. I want my players to continue with the same team spirit and approach the match with a positive mindset.”

Gift Raikhan, Head Coach, NEROCA FC voiced his verdict on their opening day defeat against Gokulam Kerala FC. Looking back on the challenges his squad faced, he said, “It was a very difficult journey for us. It was the first match of the season. We travelled 3500 kilometres away from home. We trained on 29th and played the next day. But that’s the beauty of football and you have to endure those challenges in a long league.”

Even in defeat, he remained positive and asserted, “We fought and we showed that we were strong mentally, physically and technically. We feel sad about the result but we are back at home. The match is very important. We need three points against Aizawl but first of all, we need to relax, recover and then plan. Everything will be alright.”