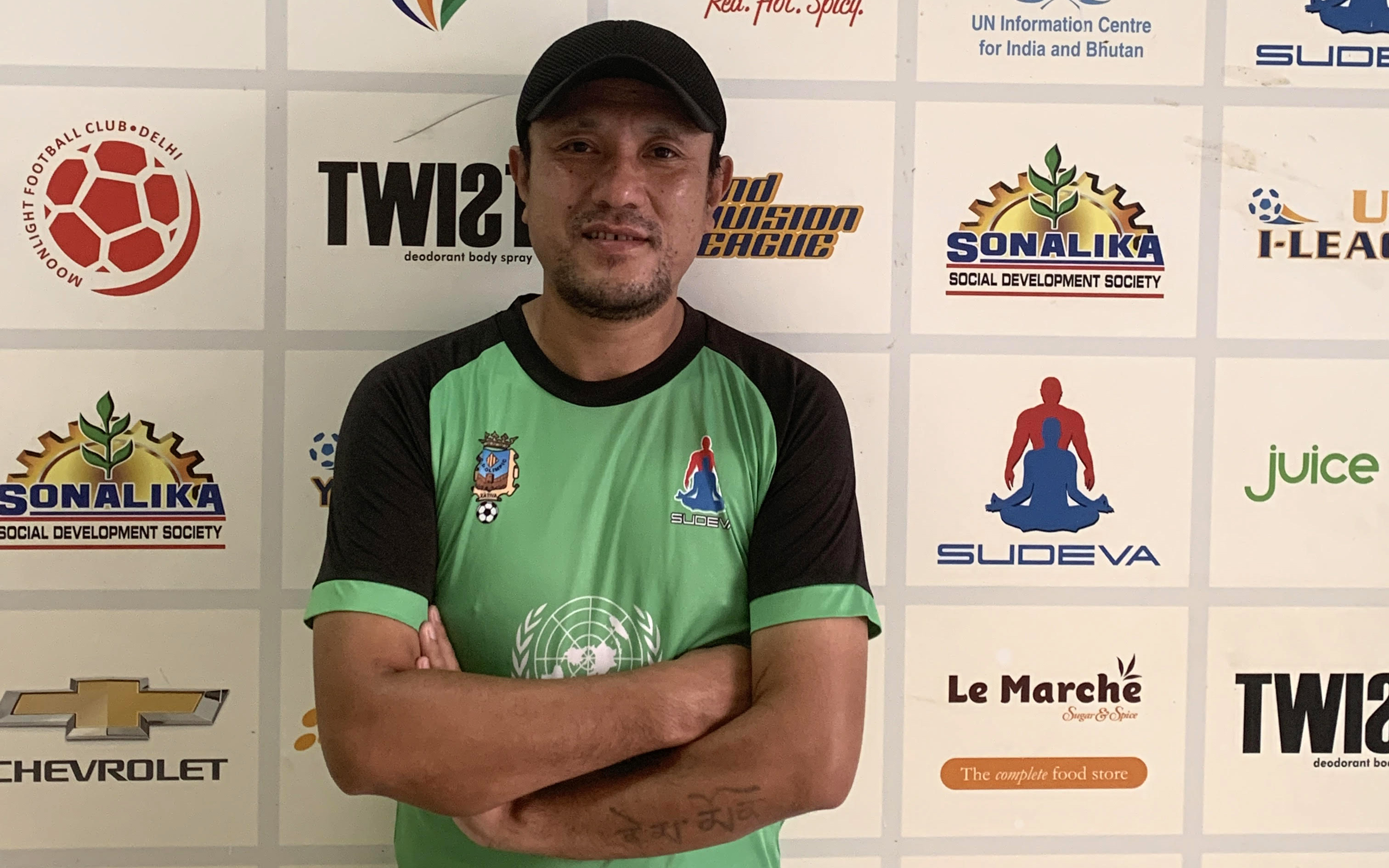 NEW DELHI: Delhi-based team Sudeva who are set to make their Hero I-League debut in the current 2020-21 season announced on Wednesday (September 23, 2020) the appointment of Chencho Dorji as their Head Coach. A day later, in an extensive chat with www.i-league.org, the Bhutanese coach stated that his team is ready to “surprise” all, as he talked in detail about his expectations from the coming campaign, the style of football he expects his team to play, the objectives behind fielding an all-Indian team for the upcoming season, and much more. EXCERPTS:

What are your expectations from the coming campaign?

It will be a great challenge. We are all looking forward to it. The Hero I-League is one of the biggest leagues in South Asia, and each match will be a good fight — it won’t be easy. Of course, we want to win all our matches but we have to be practical. We want to compete in each match and give our best.

The league has teams that have been playing at such a high level for many years and know what it takes to succeed at this level. We have been going through videos of each team and preparing well. We are looking forward to enjoying the football we play. I can say for sure that no team should take us lightly. We can certainly come up with surprise results.

You will become the first Bhutanese head coach to take charge of a team in the Hero I-League.

It is a privilege for me to be the first coach in the Hero I-League from my country.  It is a great opportunity and a big responsibility. I hope to do well with the support of the whole team. I have previously worked as the Head Coach of the Bhutan youth National teams and have many friends in India. I have been following Indian football very closely. It is a significant challenge for me and I am ready for it.
Sudeva will be fielding an all-Indian team this season, as announced earlier. What was the thought process?

It was my idea to have all Indian players in the team and no foreigners, and I am glad the management was supportive of it. I have been following Indian football for a long time and I know the ability the Indian players possess. It is vital that we give them the opportunity to play and see how they do.

Surely there will be pressure but giving a platform to young Indian talent is one of our most important objectives. It is a great opportunity for them to show their talent in the Hero I-League.

What kind of players are you looking to add to your team?

Each player in the team is important and should take up responsibility for performing well. It is vital that they all gel together. The team bonding must be good. Along with our young academy boys, we have signed some talented and experienced Indian players as well. I expect them to shoulder the extra responsibility that comes with being a senior player. They are hungry to learn and take on the challenge.

What style of football can we expect Sudeva to play?

We want to start our play from the back — keeping the ball and enjoying the game. Our primary focus is on player development and the style also depends on the players you have. We are looking to sign players who fit into our system and we still have time to get them on board and prepared for the Hero I-League.

The COVID-19 pandemic has undoubtedly had a major impact on activities around the world. What are your plans for training to begin ahead of the new season?

The pandemic has presented its own set of challenges, and we will have to take various factors into consideration. At Sudeva, we have good infrastructure and we are looking to have a pre-season of around six weeks, starting from the first week of October. We shall have all the players and staff staying at our academy in Delhi, with maximum priority being given to their safety.