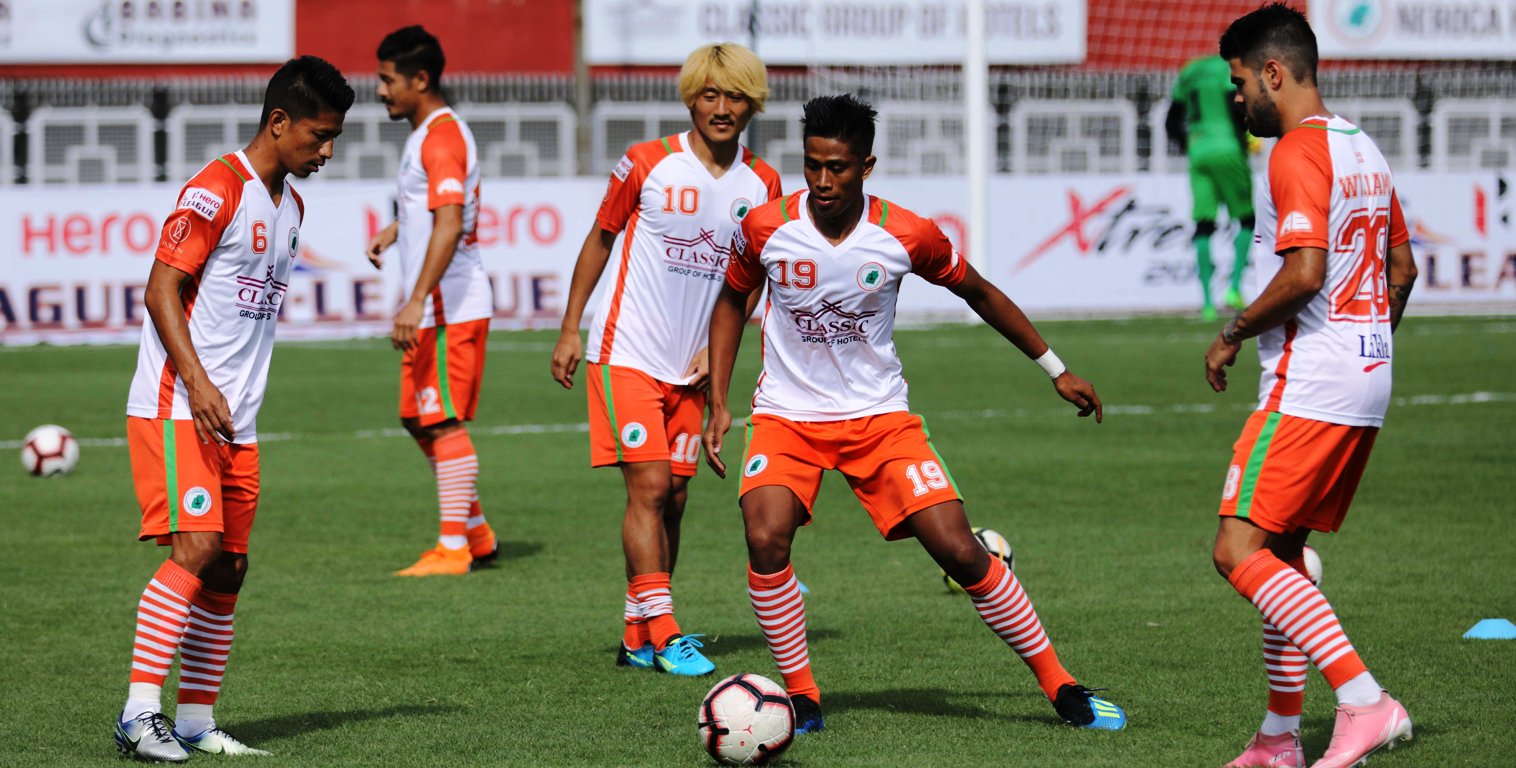 Imphal, December 06, 2018: Manipur-based side Neroca FC will look to grab the second spot on the points table with a victory over a young Indian Arrows team which has been finding the going tough this 12th Hero I-League season so far. The game is scheduled at Imphal’s Khuman Lampak stadium at 2 PM IST on Friday, December 7, 2018.

Neroca’s Spanish coach Manuel Fraile will be happy with the fact that his top target-man Nigerian Felix Chidi has found his scoring boots back with three strikes in the last three games.

With fellow frontman Singham Subash Singh also showing glimpses of the form of last season and Japanese midfield talisman Yusa Katsumi also coming close to full fitness, Neroca should be looking to collect a comfortable three points playing at home and a two-goal margin should see them rise above Champions Minerva Punjab into second place.

For Floyd Pinto’s Arrows, it has been a realisation of sorts after an impressive debut in the top flight league last season and four losses in five games have not done justice to the potential and talent they continue to display in every game. They could well be suffering as teams no longer take them lightly and are at full blast when up against them.

The Arrows have moved the ball around nicely and have been good with possession as well. What they are lacking is penetration but remain dangerous so the Neroca defence which has conceded as many as six in their six games so far despite two victories, will have to be on their toes.

With the return of Brazilian Eduardo and Liberian old-hand Varney Kallon also displaying good form, Fraile can feel a bit more assured on the defensive front.

Speaking on the match-day eve, coach Fraile acknowledged the Arrows as a big threat, “To be frank, these Arrows boys are very much similar to Lajong. They are young, they are fearless. Sometimes, they can make more damage than others and we have to be very careful about that.”

Responding to a question on Yusa Katsumi’s fitness, Fraile said, “Katsumi is more or less 70% fit now. I am happy to see him back. He is a very important player for us and surely, he’ll play a big part tomorrow again.”

He also acknowledged the fans support saying, “Some of our supporters had travelled to Shillong for our match and we’re really thankful to them. Now, especially for them, we want to win all three points tomorrow.”

The Arrows will have to minimise lapses in concentration, particularly when it comes to defending, which has accelerated their woes this season and coach Pinto will look to formalise a settled back-four as soon as possible.

In attack, he has also not utilised players like Abhijit Sarkar, who have shown potential over the years, as much as he would have liked to and he might want to have a look at those options.

Commenting before the game, he said, “Neroca always look to play an attacking game. There are a few attack-minded players. We have to be aware of these players and at the same time, we have to play our own game as we did in the last match.”

On the string of losses, Pinto said, “Against Real Kashmir and Minerva, we had more possession than our opponents. That is a positive sign but that is not going to win you matches. I am happy that these boys are comfortable on the ball, they are playing with lots of energy.”

“Now we have to make decisions at the right time and we have to rectify those silly mistakes on set-pieces. We have to look forward to converting those chances and get clean sheets to earn points”, he added.

Both sides know that a victory could put their campaign well on track or back on track as the case may be and it would be an interesting game tomorrow.