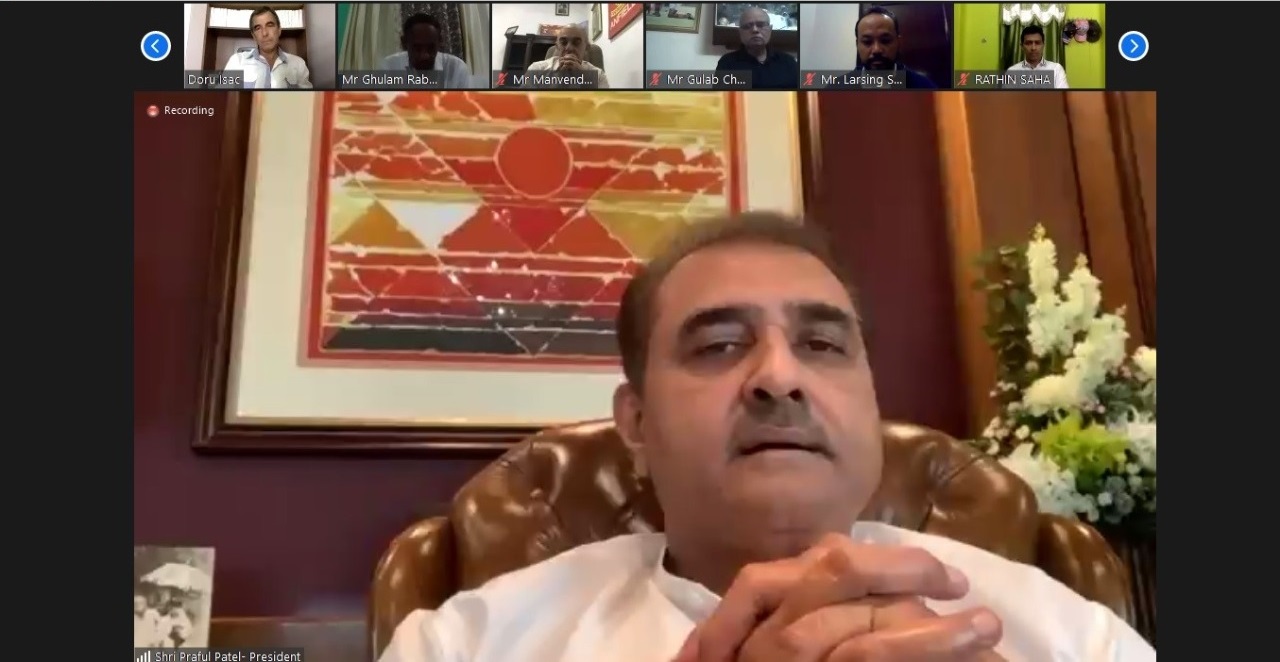 The President congratulated the AIFF administration for “having done some wonderful work during these difficult and extraordinary times — keeping football and all other activities in top gear.”

AIFF League Committee shall consider organising an U-20 League next season so that the boys who would have played U-18 league this year get the opportunity to showcase their performance in the U-20 League.

Briefing the Committee, CEO, Leagues Mr. Sunando Dhar stated: “There were quite a few lessons for us during the Hero I-League Qualifiers which will help us immensely when we go on to conduct the Hero I-League 2020-21 later in the season. I need to thank the IFA, Mr. Joydeep Mukherjee (Secretary, IFA), Mr. Subrata Dutta and the Government of West Bengal for their stupendous support.”

The President also apprised the Committee that India will be officially bidding to host the AFC Asian Cup in 2027. India had earlier expressed their interest to host the tournament earlier this year.

The Committee also approved the distribution of the COVID Solidarity Fund to the State FAs to support their activities.

Meanwhile, with the Government of India having merged the Union Territories of Daman & Diu and Dadra & Nagar Haveli into a single union territory, the provisional membership of Dadra and Nagar Haveli FA has not been renewed as they need to merge with Daman and Diu (a permanent member). The Daman and Diu FA needs to now apply to AIFF for the change of its name to Daman Diu Dadra Nagar Haveli FA.

In addition, Lakshadweep FA has been granted full membership.

Meanwhile, the AIFF will hold its virtual AGM on December 21, 2020.