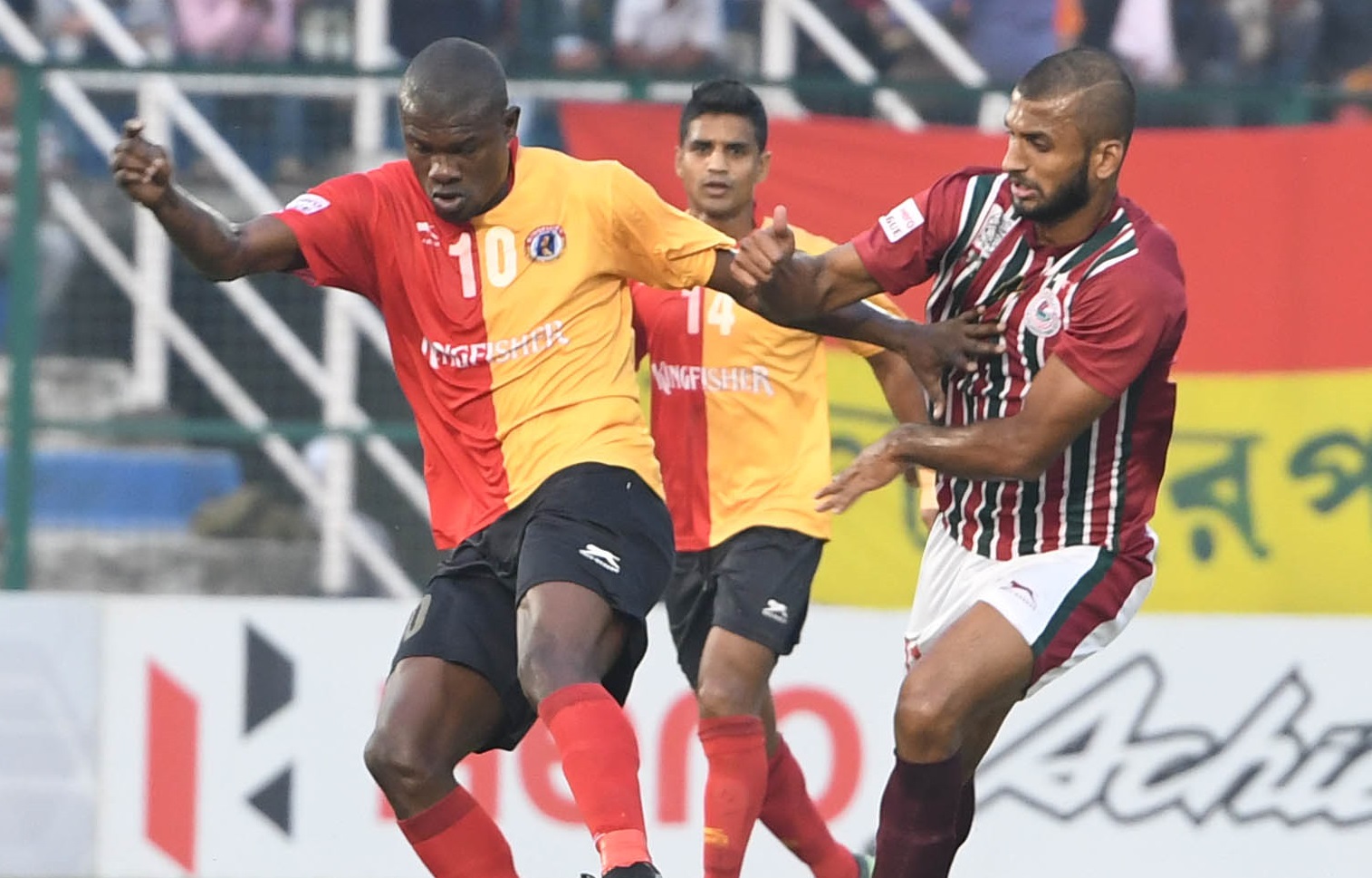 KOLKATA: The Kolkata Derby is a special contest between two sides that have been steeped in tradition for around a century now. An important part of the culture in Bengal, the Derby is a fiercely-contested affair that can often ‘make or break’ a player’s career.

With the Boro Match coming up on Sunday (January 19, 2020) at the Vivekananda Yuba Bharati Krirangan, former India international Mehtab Hossain, who is hailed as a legend at Quess East Bengal, where he played for nearly a decade, echoed these sentiments.

“As a local player, I always knew the importance of the Derby. I knew all too well that I would not be able to show my face on the streets the next day if we lost the match. It is a career-changing game for any player,” said Hossain, who has also represented Mohun Bagan in two separate stints.

For many players, stepping out onto the pitch in the Kolkata Derby marks the fulfilment of a life-long dream. Former Mohun Bagan star and current India international Pronay Halder described his first taste of the Kolkata Derby back in December 2016, when both the sides finished with the match tied at 1-1.

“I have had two dreams since I was a kid – the first was to play for India and the second was to play in the Kolkata Derby,” said Halder. “My second dream came true in 2016. We ended up drawing that match against East Bengal but playing in front of so many fans was a really unique experience for me.”

Over the course of the last 100 years, the Derby has split, not just Kolkata, but also West Bengal, and Bengalis living outside the state and the country down the middle. Defender Arnab Mondal, who had captained India, and has more than 100 caps for his former club East Bengal, believes that it is the Derby that reminds the people of Bengal about their respective identities.

“We have the Ghotis and the Bangals. It’s all about the identities. On most occasions, you do not become a fan of either club. You are born into it,” opined Mondal. “I would like to believe that both clubs act as each other’s nemesis — in a good way, of course. Both clubs need each other to push themselves forward.”

Current India International Pritam Kotal is one of the few lucky players who has been able to play for the club that he supported in his childhood – Mohun Bagan. He believes that the mere vision of the colours of the two clubs on the same pitch are enough to stir-up the emotions of the Kolkata Derby.

“The feelings, the emotions pouring down from the stands is incredible for both sets of players,” he said. “I feel that the colours of the two sets of jerseys are enough to stir-up these feelings. If you don’t feel what those thousands of faithful supporters are feeling up in the stands, you won’t understand the importance of the Derby.”

With the context of the upcoming Derby on Sunday, Mehtab believes that getting the win has become imperative for Quess East Bengal, the club where he became an icon over the course of the last decade.

“After their last two losses, it has become very important for East Bengal to go out there and regain their confidence for the rest of the campaign,” said Hossain. “Mohun Bagan are already on the top of the league right now, and it’s a matter of staying in the championship fight for them.”

At the end of the day, however, the Kolkata Derby is a match that transcends the league standings, something that Kotal summed-up beautifully: “A lot more is at stake than just three points.”