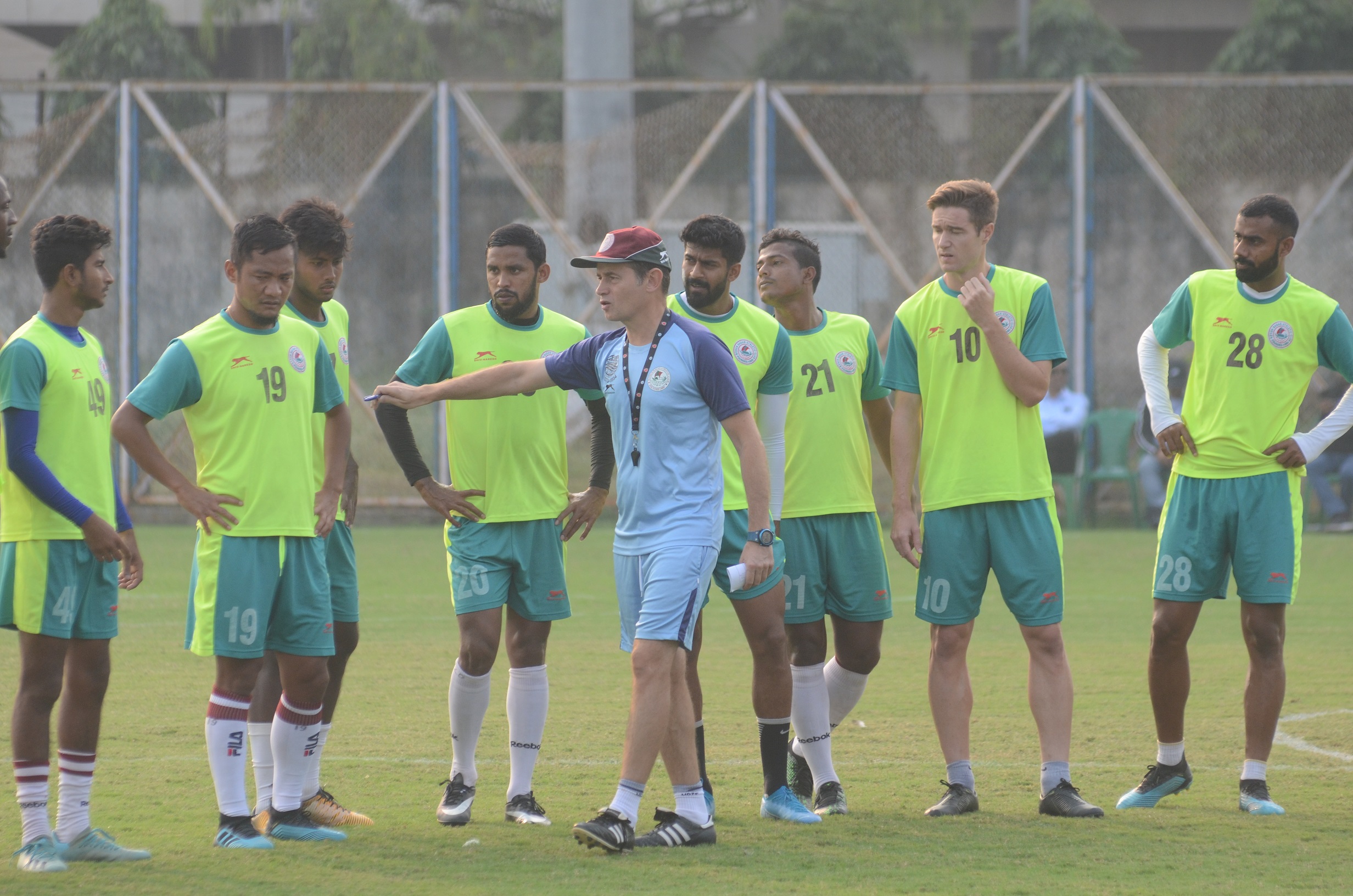 Kalyani, January 08, 2020: In what promises to be a thrilling match of football, Kolkata giants and current league leaders Mohun Bagan will host All India Football Federation’s (AIFF) developmental side Indian Arrows at the Kalyani Municipality Stadium on Thursday, January 09. The match is scheduled for a tea-time kick-off at 5 pm and will be broadcast LIVE on DSPORT.

With three wins on the trot, Mohun Bagan have turned their fortunes around after a mellow start to the season which comprised of a draw at Aizawl and a 2-4 loss at home to Churchill Brothers.

Their performance in Srinagar, however, where Kibu Vicuna’s men emerged comfortable 2-0 winners against Real Kashmir served as a true testament to their title-challenging credentials.

Mohun Bagan have also been reinvigorated by the presence of Fran Gonzales at the heart of their midfield, as the Spaniard leads the I-League goal scoring charts as well as in terms of cumulative goals and assists. His movement, both on and off the ball, has allowed compatriot Joseba Beitia with more space going forward, to exhibit his flair, as was evident in the last match against Kashmir.

Reflecting on their opponents, he added, “Arrows are a very competitive team. A young squad with hunger and talented players. If we want to get the three points, we will need to show more desire and fight.”

The Arrows, on the other hand, have enjoyed a decent spell going into 2020, when they shocked Churchill Brothers for their first win of the season in a thoroughly impressive display, which they followed up with a 1-1 draw against NEROCA.

Shanmugam Venkatesh, Head Coach, Indian Arrows said, “The game of football is all about hard work and belief. What you have to understand is that most of these boys in this Arrows batch have only played at the junior level before. While they all are quality, playing against senior teams require an amount of experience.

“They have now started to grasp what it takes to play at the senior level, and the results have started to follow. They now have the belief that they can do it against the senior players as well. That’s what has changed.

On their Thursday opponents, he further added, “Mohun Bagan has always been a strong team in the Hero I-League. I myself have had a strong connection with the club as well, from my playing days. Kibu (Vicuna) is doing a great job with the team, and they have played some good football recently. We have studied their game and made our plans accordingly. Let’s see how the game pans out.”