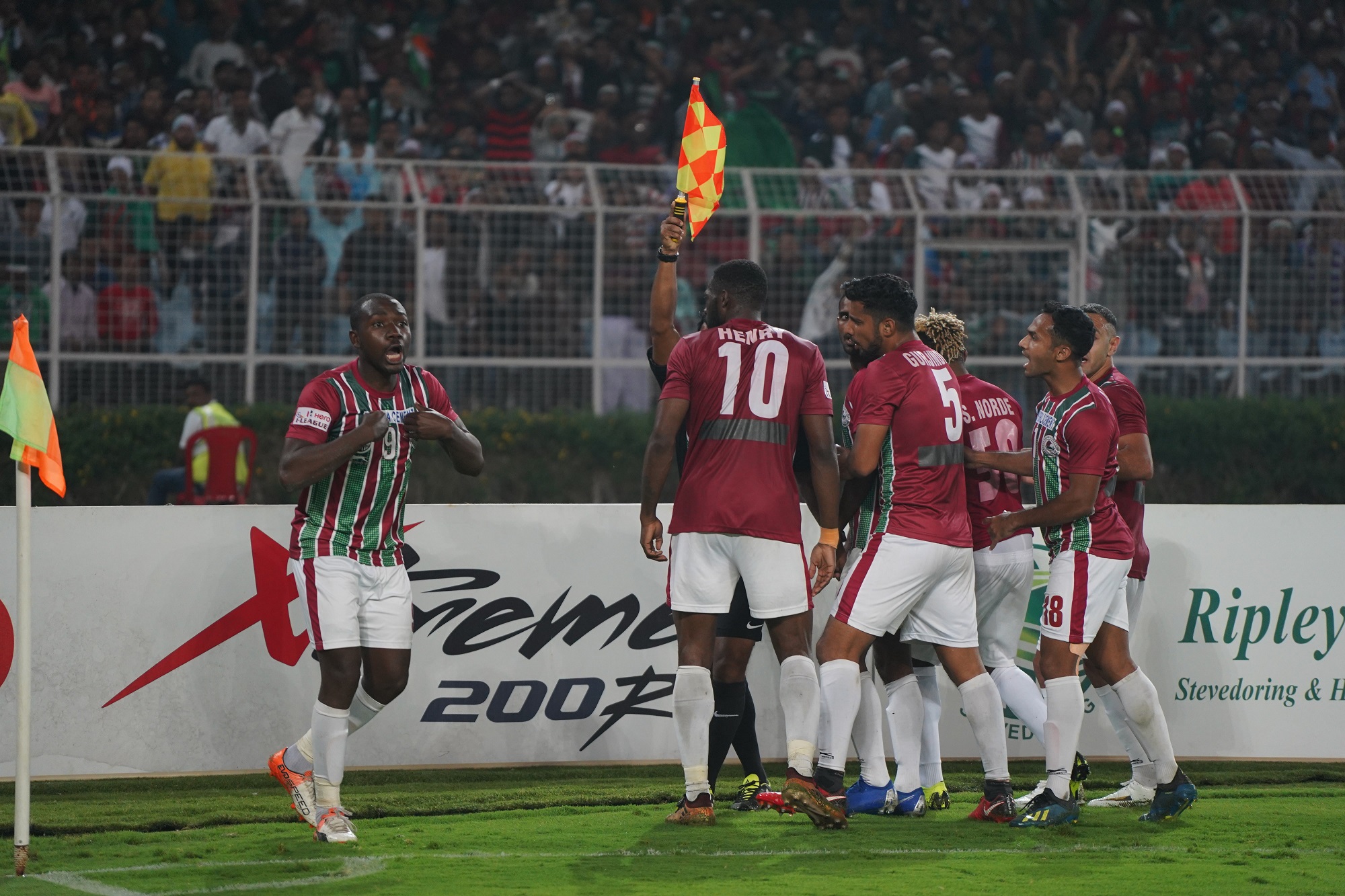 The game is scheduled for a 5 PM IST kick-off.

The visitors are languishing in 10th position, having garnered 11 points from their 13 games so far and despite bringing in Gift Raikhan as Technical Director and a couple of foreign strikers in Trinidadian Marcus Joseph and Ghanaian Charles Foley, they have not been able to get back to winning ways.

They have picked up just two points in their last six games and will need to punch way above the weight to put it over a much more solid Mohun Bagan, on current form.

The hosts did go down to QEB in a derby clash but under new coach Khalid Jamil, they had registered two wins before that and by and large have been far more consistent over the season when compared to their Wednesday visitors.

Khalid Jamil at the pre-match press conference said, “Our last match was not good but we are looking to give our best. All the players are mature and professional so they are ready to play the match not thinking about the past. Football is a team game and no one person can be blamed for it. We must work hard as a team. Our aim is to get the three points for every match we play. The league is unpredictable all the top five teams are good and can win the title.”

The only silver lining for Gokulam in recent times has been Marcus Joseph, the top scorer of the Trinidadian pro-league, coming in to score twice for his new club in two games.

Gokulam also have talent and potential in the likes of Arjun Jayaraj and Rajesh and can be a handful on their day, as they had been in the first leg encounter against Mohun Bagan, not only denying the ‘Greean & Maroons’ a win with a late equaliser but also finishing the game very strongly.

Gift Raikhan said, “Football is not about winning or losing, but it is about good performance. Both the teams will fight and put up a good match. Mohun Bagan is good in attacking but we will be giving our best. Tomorrow’s match is very important for Gokulam. We need the three points and hoping everything will go fine.”

That first leg clash is one of the reasons why Mohun Bagan find themselves in the position, sixth on the table, that they are in today -failing to close out key games in which they were on top.

However, they lead Gokulam comfortably on most game parameters and will go into the match as favourites. Gokulam will look to find solace in a yet unbeaten Hero I-League head-to-head record against the Kolkata giants.

Mohun Bagan will come out all guns blazing to overcome the setback of the derby loss and Gokulam, surely the wearier of the two sides after being a month and a half on the road, if not more emotionally drained, will find them a handful.