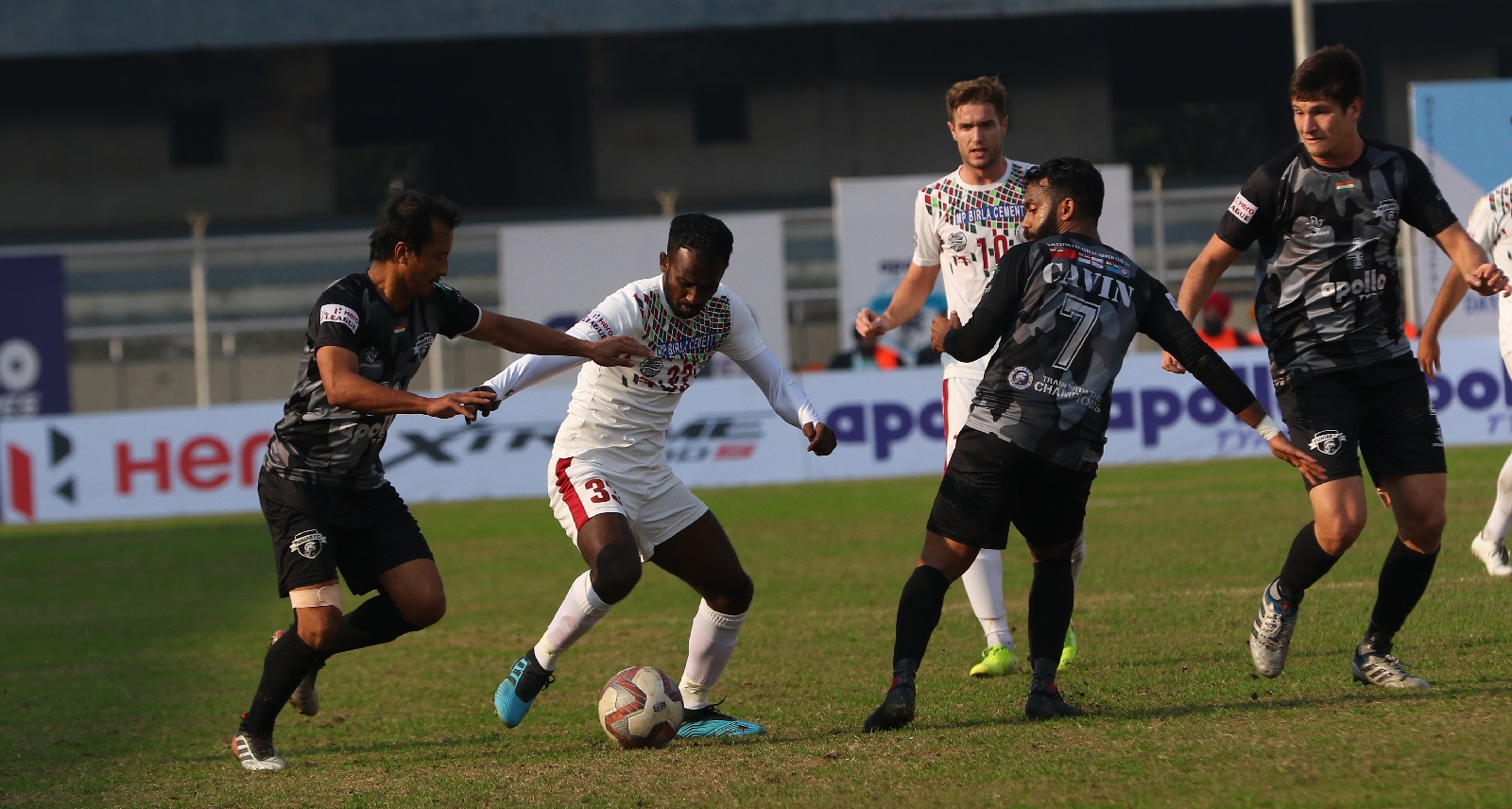 Ludhiana, January 14, 2020: Mohun Bagan maintained their position at the top of the Hero I-League 2019-20 standings, with a hard-fought 1-1 draw against hosts Punjab FC at the Guru Nanak stadium in Ludhiana on Tuesday. Seasoned Cameroonian striker Dipanda Dicka gave the hosts the lead in the first half and they almost clinched a win, before young Subha Ghosh snatched an equaliser late in the second, to ensure it was honours even.

Bagan now have 14 points from seven games while Punjab move one place up to second with 11 points from eight.

The visitor’s Spanish coach named an unchanged starting line-up from their previous solitary goal victory against the Indian Arrows. Punjab’s Yan Law, however, made two changes, bringing in Dicka and Samuel Shadap in place of Girik Khosla and Thoiba Singh, who had started their previous game.

At the end of the game, Bagan’s 4-match winning streak was halted but Punjab managed to maintain, what is now a seven-game unbeaten run.

The Kolkata giants were the more attacking off the blocks, but Punjab played the off-side trap to perfection to thwart any clear attacks on goal save a Fran Gonzalez effort early on.

Punjab, who had been working well on the set-pieces, then went ahead off a corner which was taken short by Sanju Pradhan from the right. Cavin Lobo then floated in a cross, dropping mid-way into the Bagan six-yard box. A lurking Dicka met it with a superb side-volley, body still in air and holding off a defender, all in one action. It wrong-footed and stunned Sankar Roy in the Bagan goal to give the hosts a valuable lead.

The Kolkata side piled up the pressure after conceding right till the half-time whistle, but the equaliser remained elusive. In between, Punjab had a couple of good counter-attacking moves which had threatened to double the lead.

Punjab were more confident in the second half and the game was more end-to-end as a result with both sides missing a flurry of chances.

An excellent save by Sankar in the 56th minute, his first of three in the half, denied Sergio Barboza, who had found himself one-on-one with the keeper in a delicious position in front of goal.  He then had to dive full-stretch to deny a Sanju Pradhan grounder in the 72nd from going in and Cavin Lobo also hit one in the 82nd, which deflected off defender Dhanachandra Singh, hit the crossbar and went out.

Bagan had their share of easy misses as well. Papa Diawara, Bagan’s Nigerian recruit, found himself in a favourable position in the 60th minute, but shot wide. Spaniard Joseba Beitia then shot over the bar from close in the 68th, while VP Suhair in the 70th also shot wide with only the keeper to beat. And when Bagan substitute and new foreign recruit Komron Tursunov of Tajikistan shot wide from close in the 85th, it looked all but over for for the Green and Maroons.

However, the new Bagan sensation and young super-sub Subha Ghosh clearly had other ideas.

A Bagan foray into the Punjab box, dropped harmlessly and favourably for Teah Dennis to clear. Just as the Liberian defender was looking to do so, Subha who had been following play, crept up at pace from behind, snatched it from the toes of Dennis to get ahead and unleashed a right-footer along the ground which found its way through a bevvy of defensive Punjab legs and across a diving Kiran Limbu in goal, to find the back of the Punjab net.

It was the talented Bagan youngster’s third goal of his debut senior season, and all of them are important goals in their own right.

Sankar Roy in-fact pulled off his third good save in what turned out to be the last kick of the game when Bali Gagandeep, who had come in place of Dicka in the second half, shot from close. It was heading towards goal but the keeper parried it well and it came off the Bagan upright.

Danillo Augusto, Punjab’s Brazilian defender was awarded the Hero of the Match for a gutsy performance at the back.