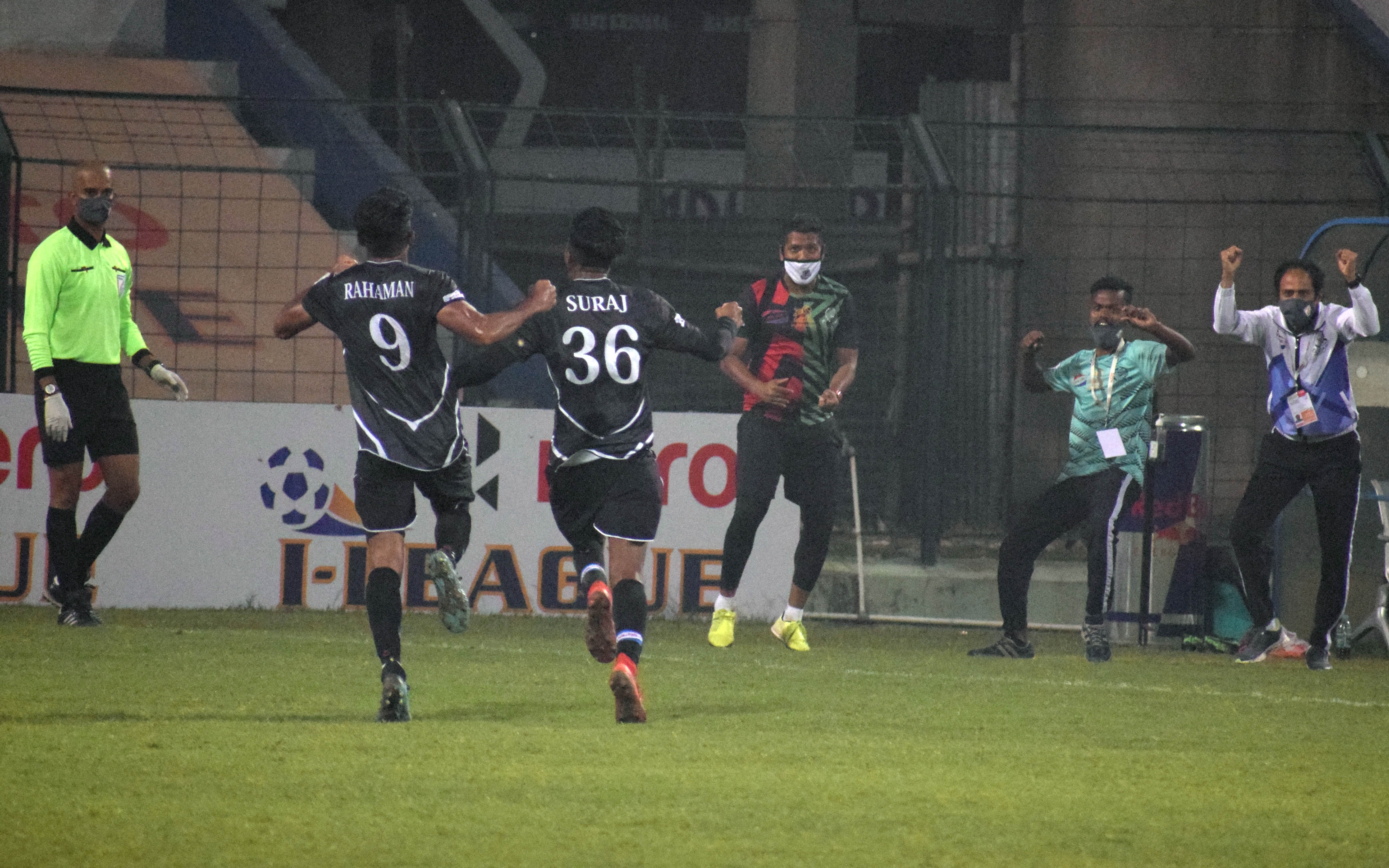 KALYANI: Suraj Rawat’s thunderous outside-of-the-box strike in injury of the second half led Mohammedan SC to come from a goal down and defeat ten-man Chennai City FC 2-1 at the Kalyani Municipal Stadium in Kalyani, West Bengal today (February 23, 2021). Ranjeet Pandre’s first-half strike was cancelled by Sujit Sadhu’s second-half header after Tarif Akhand was sent off in the 49th minute, but Suraj Rawat’s majestic strike proved to be the difference between the two teams in the end.

The Black Panthers, despite dominating possession, failed to make the most of their chances and were pinned by a defensive error that resulted in a goal. However, in the 12th minute, John Chidi’s header flew inches wide of the goal after a Jamal Bhuyan free-kick. Five minutes later, the Bangladesh international’s free-kick earned a save by the opposition goalkeeper. Faisal Ali lurking in the box could not make the most of the spill as Chennai City survived.

Some poor defending meant that Mohammedan SC gifted Chennai City the goal and the lead in the 19th minute. Defender Kingsley Eze failed to make a routine clearance after a whipped-in cross from Jishnu Balakrishnan awkwardly bounced for the defender. The cross fell delightfully for Ranjeet Pandre, who slotted home from close range to give Chennai the lead.

Conceding much against the run of play looked to take the wind out of Mohammedan’s sails. However, they recuperated and in the 28th minute, new signing Pedro Manzi set up Faisal Ali inside the box. An onrushing Ali, however, could only shoot wide of the goal.

But perhaps the best chance of the half for Mohammedan came in the 40th minute when John Chidi combined with Pedro Manzi inside the box. Chidi set himself up with a fake shot, but his final effort lacked precision as it rattled the post and went out. The half-time scoreline read 1-0 in Chennai City’s favour.

Chennai City FC were dealt a heavy blow in the early minutes of the second half when defender Tarif Akhand was shown a second yellow card after handling the ball. Reduced to ten men, Chennai City FC committed bodies in defence to safeguard their lead.

Chennai’s woes were happy tidings for Mohammedan as the Black Panthers equalized their deficit in the 55th minute after Sujit Sadhu found the back of the net with a thumping header off a corner kick. It could have been two goals in two successive minutes had Pedro Manzi not skewed his chance wide of goal after he was put onto goal and had a 1v1 situation with the opposition goalkeeper.

Despite Mohammedan’s chances, the Black Panthers were unable to find the net. Pedro Manzi came close on multiple occasions but last-second defending by the Chennai defence, his former team, kept him at bay.

Chennai City FC earned a glorious chance to snatch a goal in the 84th minute after a low cross from the left found Vineeth Kumar inside the box and after setting himself up with a good touch, Vineeth shot over the bar from handshaking distance.

But, there was another twist left in the tale. In stoppage at the end of the second half, Suraj Rawat was set-up by Tirthankar Sarkar outside of the box and Rawat, a former Indian Arrows player, smashed home from distance to hand Mohammedan SC the lead and what eventually was the winner.

Mohammedan came under pressure in the end and keeper Shubham Roy was forced into a fantastic save deep into injury time and that proved to be the last action of the match as Mohammedan SC picked up the three points to move up the table.