KALYANI: Undefeated in the Hero I-League so far, Mohammedan SC would look to brush away their 2-2 draw against TRAU, where the Black Panthers came back from two goals down to snatch a point and look to continue putting pressure on table-toppers Churchill Brothers FC Goa, when the Jose Hevia-coached side clashes against RoundGlass Punjab FC on Sunday, January 24, 2021, at the Kalyani Municipal Stadium in Kalyani, West Bengal. The kick-off is slated for 7 PM IST and the match will be streamed live on the 1Sports Facebook page.

In what seemed to be an easy match for the title challengers on paper, Mohammedan SC were held unexpectedly to a 2-2 draw against TRAU. TRAU led 2-0 at half-time courtesy of two defensive errors that proved costly. Speaking at the official pre-match press conference head coach Jose Hevia said, “We had a performance to forget in the first half and then in the second half we really dished out a good performance to get a point. It shows the tenacity of the team to come back from even two goals down, but we should not have put ourselves there in the first place.”

“All teams are strong in the Hero I-League and RoundGlass Punjab FC have brilliant players up front. We have to be wary of their forwards. We cannot afford to get lost as we did in our last match.”

Hevia further added, “We have to attack together and defend together. We are working hard to perfect our defensive movements and if we play to the best of our abilities, we can easily get a win against them (RoundGlass Punjab FC).

Shubham Roy said, “It is my debut season in the Hero I-League and I can already see how competitive the league is. We want to dominate against Punjab and want to win the match. We need a win more now than ever to get our morale back after a tough draw last time around.” 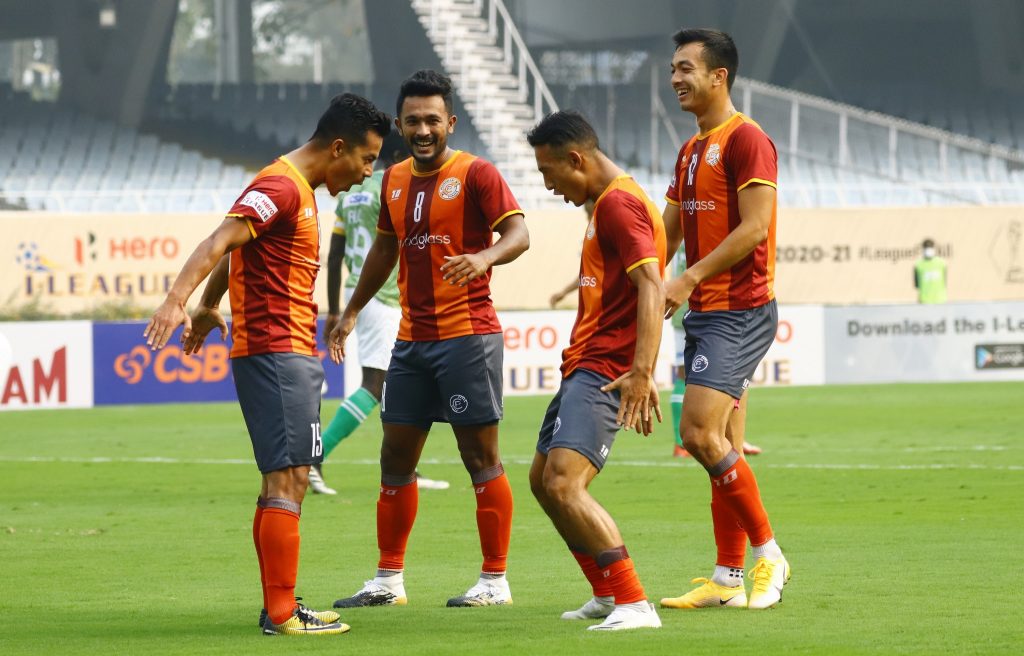 A 1-0 defeat to table-toppers Churchill Brothers in their last game, pushed RoundGlass Punjab FC to eighth place on the Hero I-League table. The position is far from ideal for head coach Curtis Fleming. “We want to be better-placed on the table and we have enough capability to do so. The Hero I-League is a very competitive league and each team can beat the other on its day, that is why being placed in the top six of the table is important.”

“However we know that in our next match we face another title contender and it will not be easy. Mohammedan have one of the best squads in the league and they will be looking to go for a win after a draw in their last match,” he added. “We have to be defensively solid and clinical in front of goal. Against Churchill, we created a lot of opportunities but could not score, that is something which we cannot get complacent about. We have to take our opportunities.”

Defender Aakash Sangwan said, “One mistake against Churchill, and we were punished. It is like that when you play quality sides. We cannot afford to do the same against Mohammedan. We know it is going to be a match where we would have to fight for every ball. It is not going to be easy, but we are prepared for the challenge and look forward to giving them a tough fight.”