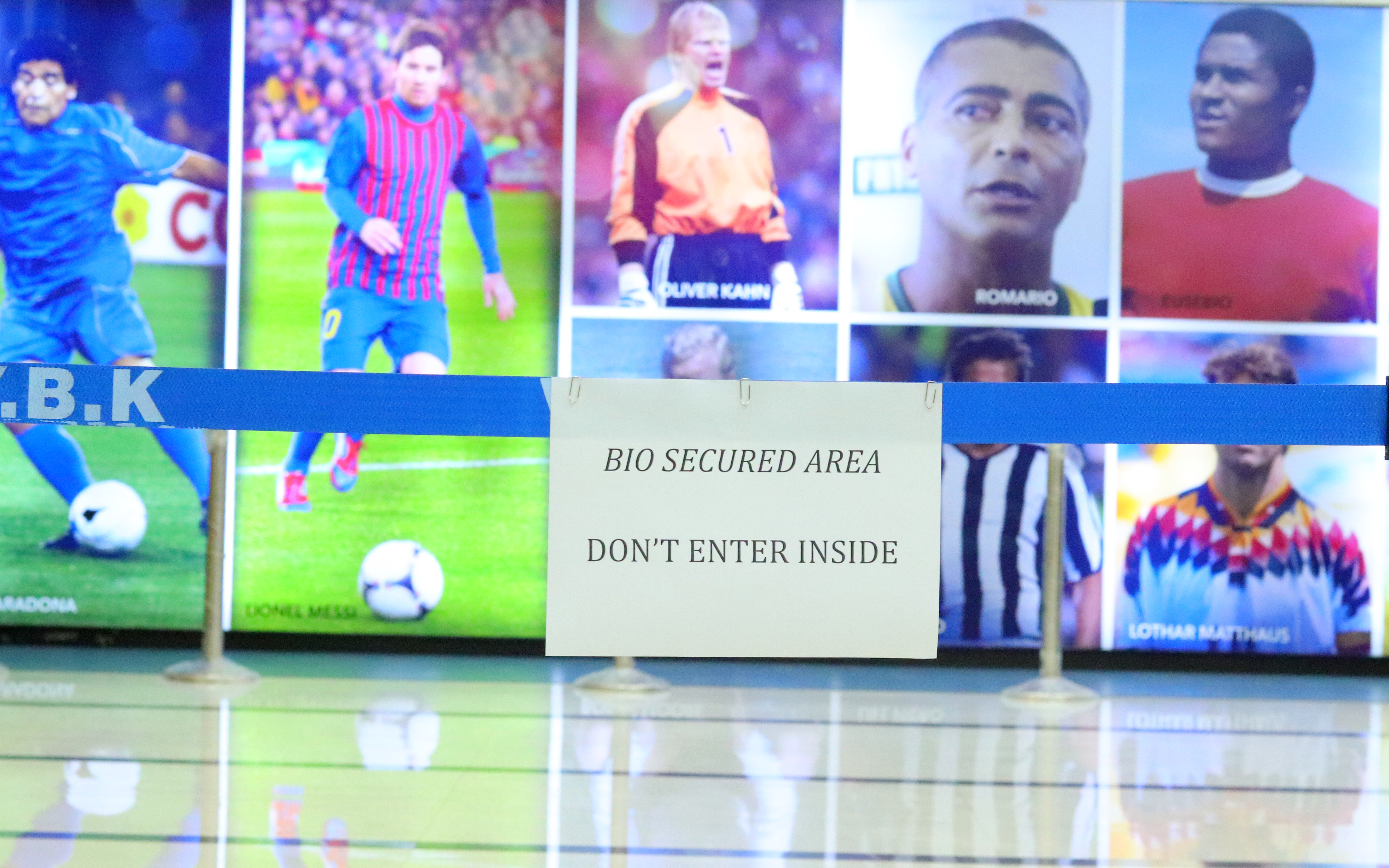 Kolkata, October 27, 2020: Mohammedan SC’s Honorary General Secretary Sk. Wasim Akram complemented the ‘bio-bubble’ that was put in place by the organisers of the Hero I-League Qualifiers 2020.

In a candid chat with AIFF TV, Akram stated that organisers did a “commendable job” in maintaining the COVID-safety bubble.

“The way the whole tournament was organised was really satisfactory. It was the time of the new normal, and the AIFF and the IFA, along with the Sports Ministry took a call and went forward with this,” said Akram.

“Of course, there were restrictions — everyone was tested at a gap of 5-6 days too. But the way it was handled by the authorities — they have done a commendable job. I cannot think of any other way that it could have been done better.

. 🗣️ @mohammedansc_official Hony. General Secretary @wasim_akram.sk: Cannot think of any other way that the COVID-safety bubble could have been better maintained during the #HeroILeagueQ 🏆 . #IndianFootballForwardTogether 💪 #IndianFootball ⚽

“The entire country was watching, and there was no room for mistakes. It was a very sensitive issue,” he continued.

Even as one of the top officials of the club, Akram himself was not able to meet his team when he had visited the hotel for an event.

“I had visited the hotel for an event, but I was not allowed to go near the area where the teams had their meals. The AIFF officials were very active in maintaining the bubble,” said Akram. “There really are no complaints from our side.”

Looking ahead to the upcoming Hero I-League season, Akram felt that though the prospect of staying inside the COVID-safety bubble for a few months may be a ‘challenging’ prospect, the returns of winning the tournament are also high.

“It will definitely be challenging. We have already started conditioning the players for staying in the COVID-safety bubble. What does bother one is that he will not have contact with the outside world for so many months,” stated Akram.

“But the motivation will be high. When you see the return for staying in the bubble — that is winning the Hero I-League, I don’t think anybody will say no to that,” he beamed.

Having earned promotion back to the Hero I-League again, the Black Panthers will be looking to spruce up their squad for the upcoming campaign.

When asked about the new signings that the club intends to make ahead of the league, Akram stated that the officials within the club, led by former Mohammedan striker Dipendu Biswas, are hard at work in building the team.

“We have a core team full of young people led by Dipu da (Dipendu Biswas), who think about the club 24×7. Right from the support staff, coaches and players, our visions are aligned, and we dream together about winning the Hero I-League,” said Akram.