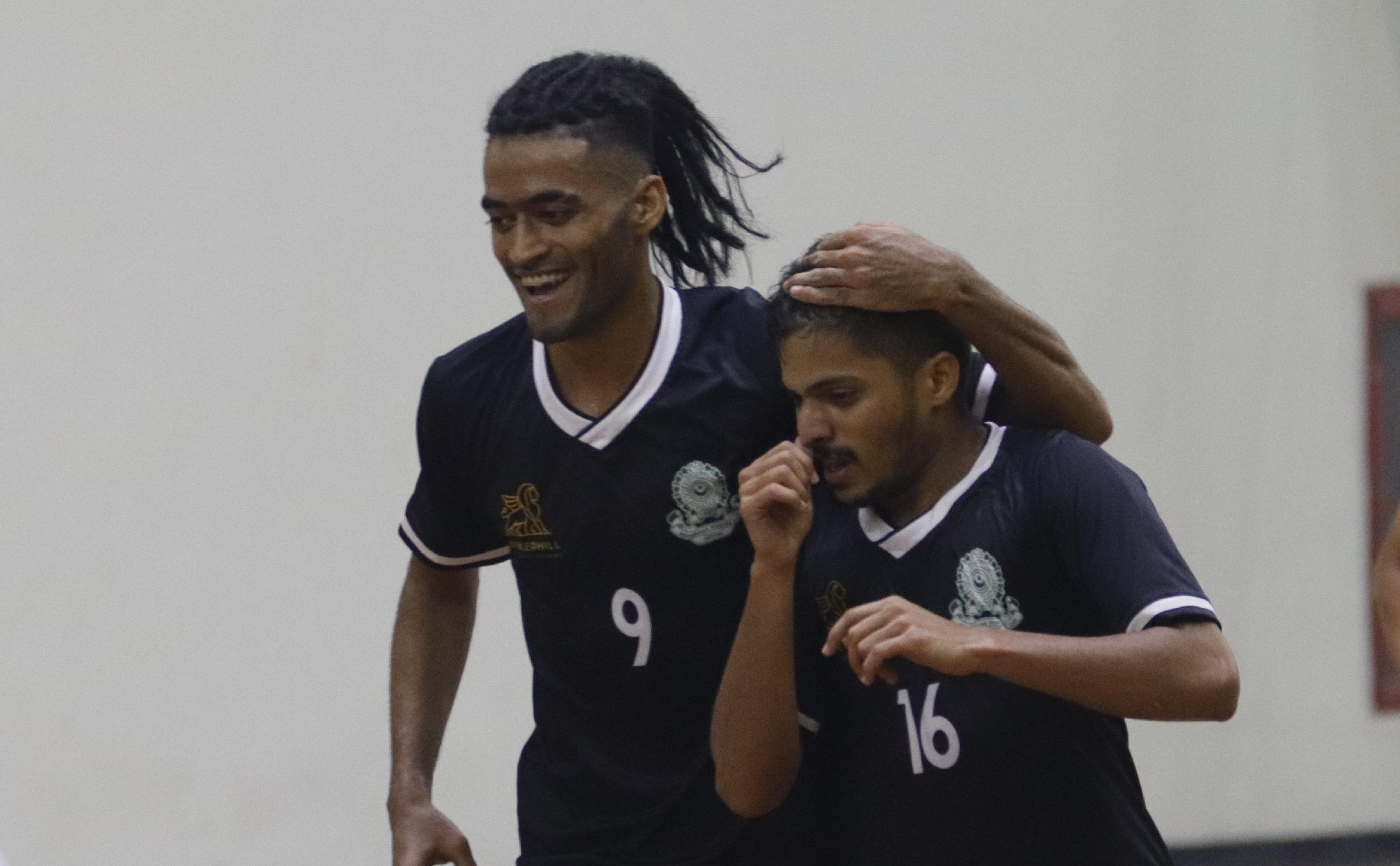 NEW DELHI: In an intense match from start to finish, Mohammedan SC came out on top against Bengaluru FC as they won 2-0, securing their place in the final of the first-ever Hero Futsal Club Championship 2021-22.

Both teams started the match cautiously, not committing too many men forward and maintaining their shape. With both teams proving themselves to be defensively astute throughout, they also knew about the problems of conceding first.

Chances were few and far between for either team. Mohammedan SC got the first chance of the game, but Bengaluru FC’s goalkeeper Pritam stood tall to deny them the opening goal. After that, Bengaluru FC dominated possession of the ball but not the chances.

A heroic save from Pritam kept the ball from going into the net, before skipper Robin Yadav saved the shot from the rebound. Bengaluru FC countered immediately and this time it was Mohammedan SC goalkeeper Mihir Sawant who made a brilliant save from point-blank range to keep Bengaluru FC out.

In the 8th minute, Edwin intercepted the ball, breaking up play, and hit a smashing shot on goal but Mihir dived to his left to make the save. Bengaluru FC stole the ball again in the midfield soon after, with Jayesh giving away possession. It looked like in order to retrieve the ball he had given away a penalty, but the referee awarded a free kick just outside the area. The effort from Manish was blocked by the wall.

At half-time, the scores were deadlocked at 0-0, but Bengaluru FC had the better of the chances but failed to convert them into goals, which would come to bite them back later in the game. At the start of the second half, Sachin was shown a second yellow card of the game for disciplinary issues, which resulted in him being sent off, and Mohammedan SC went down to four men. However, they played defensive football and weathered the storm out, something which would prove crucial for them going forward.

It was an extremely cagey affair right up until the 32nd minute. Jayesh broke through down the right flank and unleashed a powerful shot which smashed into the side-netting, giving his side the lead in the game. However, Jayesh’s contributions did not stop there. Two minutes later, the ball was cleared off the line by Jayesh as he denied Fanaye.

In the 36th minute, Bengaluru FC had a golden chance to equalise in the game. A penalty was conceded by Mohammedan SC as Hilton brought down Manish clumsily inside the area. Skipper Robin Yadav stepped up to take the penalty but he fired it straight onto the face of Mihir Sawant, with the goalkeeper standing tall and deflecting the ball out of danger.

Sandesh scored the second goal for Mohammedan SC and gave them the much-needed insurance that they needed going into the final 5 minutes of the game. Mihir Sawant produced some brilliant saves at the death to deny Bengaluru FC any kind of joy. Mohammedan SC will participate in the finals of the Hero Futsal Club Championship which will be held on the Saturday, November 13, at 8.30 PM (IST), at the Indira Gandhi Arena.