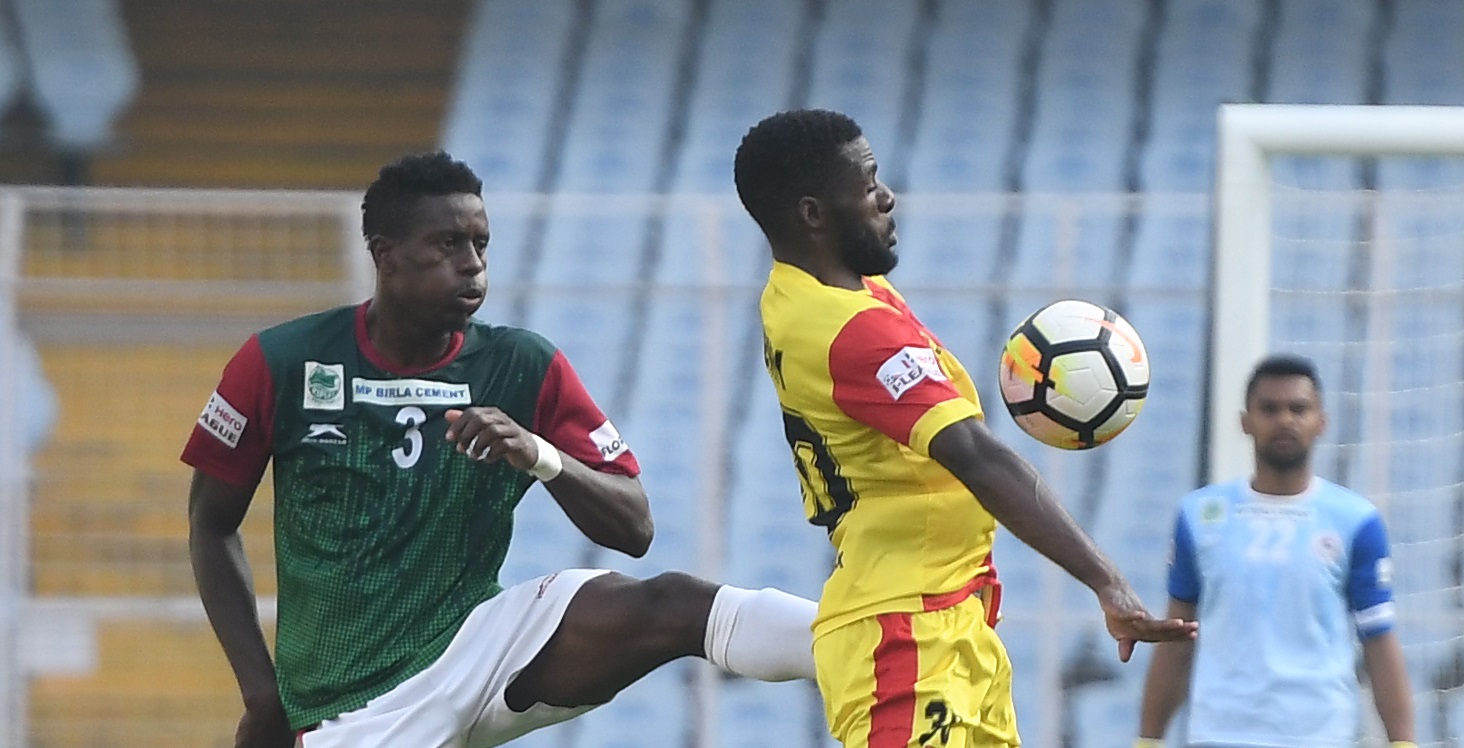 New Delhi: After spending a season in the Kolkata Maidan, the mercurial Henry Kisekka has now returned to Gokulam Kerala FC, where he had started out on his Indian sojourn just about two seasons ago.

It was in January of 2018, that a 28-year-old forward from Uganda landed on the shores of Kerala, where he would mesmerise fans that breathe the beautiful game from head to toe. The Ugandan striker netted four goals from seven appearances after joining mid-season in the Hero I-League and scored three goals from two appearances in the Hero Super Cup, where he stamped his authority.

While those performances gave him an opportunity to play for Kolkata giants Mohun Bagan in the ensuing season, the 30-year-old believes that he is now well and truly back home at Gokulam. “It is like coming back to my home. I had a really good season at Gokulam in the first year and now I want to make sure my team win more titles,” said Kisekka.

Both Kerala and West Bengal are two states where the beautiful game enjoys massive popularity. Having spent time in both parts of the country, Kisekka has experienced both the sides of the coin.

“I am privileged to have played for both the teams. These are hotbeds of Indian football and the fans are so passionate about football. We want the fans in Kerala to cheer for us,” he said. “If fans are there with us we can do wonders. We can bring more titles to Kerala. It is always great to play in front of the crowd and I am lucky to be with the club that enjoys good support.”

However, having made the move to the familiar Kerala backwaters once again, Kisekka has hit the pitch running, as he played a crucial role in forging a formidable partnership with the 28-year-old striker from Trinidad and Tobago, Marcus Joseph. Gokulam went on to clinch the Durand Cup in Kolkata and then followed that up with a semifinal finish at the Sheikh Kamal Club Cup in Bangladesh, where Kisekka scored three goals.

“It was very important for us to win the Durand Cup after a long time. We showed character and the victory helped us to gain more confidence. Now we have more belief in ourselves. With the trophy win, I want the Malabarians to come and support us in the I-League matches,” he said.

With the latest Hero I-League season now coming up, Kisekka is looking forward to building on the formidable partnership up front with Marcus Joseph as Gokulam now go in the search of their first-ever league title.

“I think it is because we have good communication and a healthy relationship together on and off the pitch. He (Joseph) is a good player and a good friend of mine. We also normally do some extra work together with the help of the coaches,” said Kisekka.

“My target is to see and make sure my club achieve more than what people expect. I believe more in teamwork and I am sure we will do our best. We want to bring glory to Kerala, and with hard work, we can achieve the target,” he rounded off.