KOLKATA: Aiming to carve out a piece of history, ARA FC will be looking to become the first team from Gujarat to play in the Hero I-League as they gear up for the upcoming Hero I-League Qualifier 2020, that kicks off on October 8. Talking about his team’s chances, ARA captain Syed Shoaib Ahmed stressed on the importance of mental strength for his side to make the cut.

“It’s very important to be mentally prepared for situations like these.  People talk about physical fitness, but your state of mind is equally important to enhance the performance on the pitch,” Shoaib told www.i-league.org.

The Hero I-League Qualifier 2020 is set to be the first outdoors sporting event to be held in India after the lockdown that was enforced to curb the onset of the COVID-19 pandemic. Due to the current situations, a number of safety restrictions have been put in place on the players and officials who are set to participate in the tournament.

As the teams have to be confined within their hotel at all times, except during training and matches, Shoaib feels that mental fortitude will become all the more important for the players. The ARA FC captain also revealed that his teammates and he have been regularly practising the art of meditation in order to keep their minds free of any kind of stress.

“There are so many factors at play here. Firstly, there’s a pandemic happening. Also, your movement is restricted, and you cannot meet your friends and family,” quipped Shoaib. “We do a few simple breathing exercises and that has really helped us clear our minds during this situation.”

Shoaib believes that fitness, both mental and physical, will be key to determining the winner in the high-stakes tournament.

“Since this is a new situation for everyone, I think the team that shows the best fitness will come out on top in the end,” he averred. 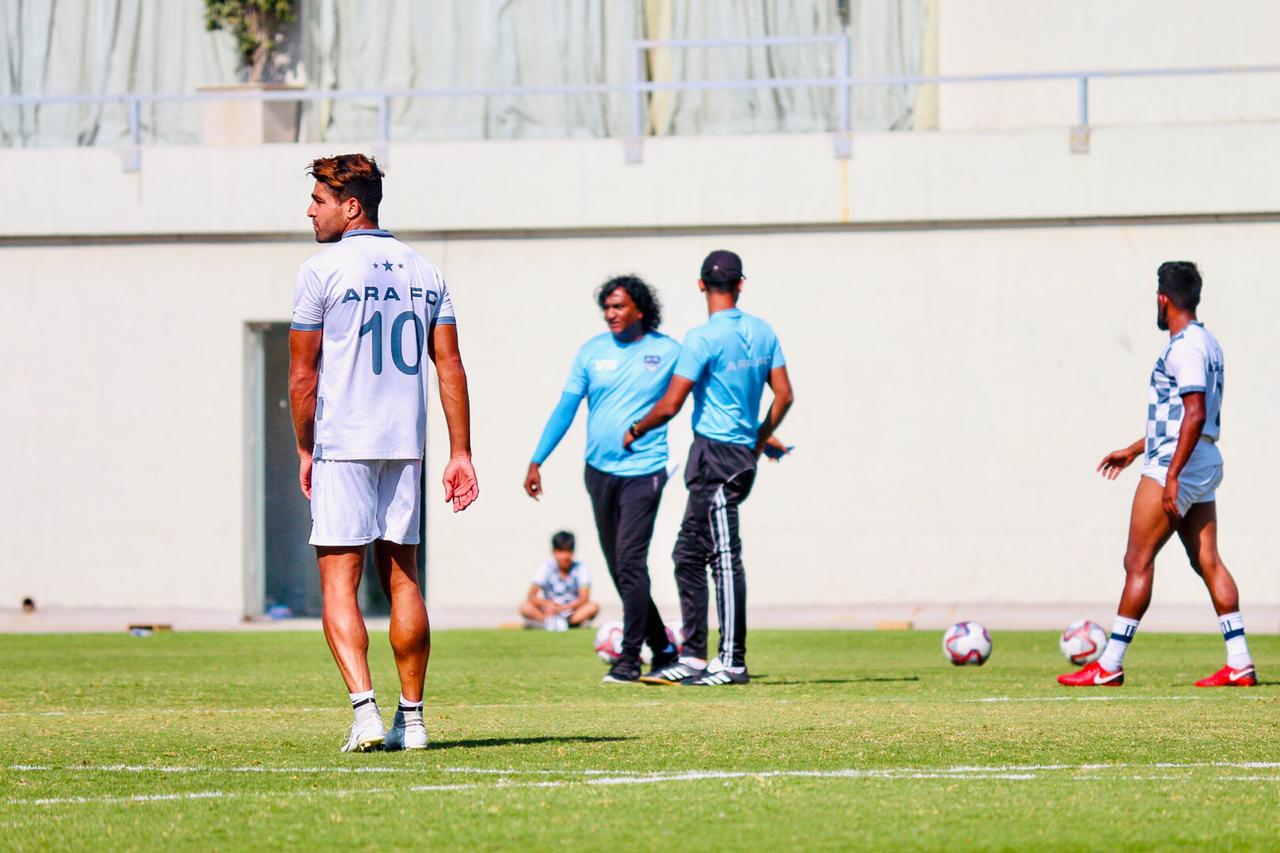 With head coach Vivek Nagul at the helm, ARA FC will be looking to his experience to guide them through the Hero I-League Qualifier, with him having coached at clubs like Chennaiyin FC in the past.

“Not only is he a good coach, but he’s also a very good human being. He has created a family-like atmosphere within the team,” said Shoaib.

Indeed, both Shoaib and ARA have gained from the presence of Nagul in their dugout. ARA were on the top of their Hero 2nd Division League group last season and Shoaib himself was at the top of the scoring charts, having netted seven goals from as many matches.

“The coach is a very good motivator. His support and words helped me score a lot of goals last season and I’ll be looking to continue that form this time too. Hopefully, my goals will help carry ARA to the Hero I-League this time,” quipped Shoaib.

Although ARA were one of the last teams to resume training, Shoaib feels that the players will draw inspiration from the club’s motive of promoting football in the western state.

“So far, football has not been that popular a sport in Gujarat. But qualification for the Hero I-League will change things there,” says Shoaib. “A lot of youngsters have already started to pick up the sport in the state, and we can move further forward together if we do make it to the next stage.”