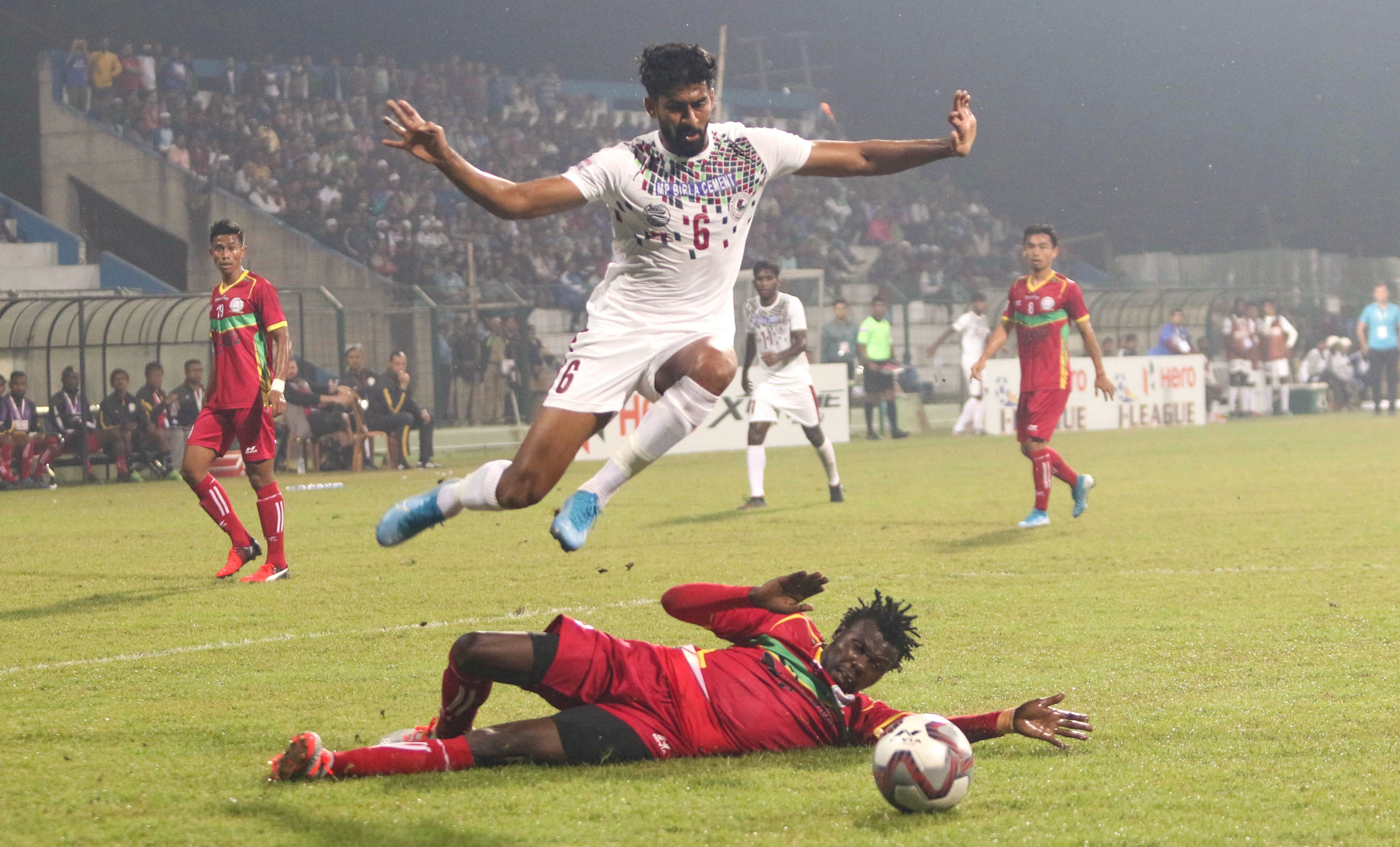 NEW DELHI: Experience has made Mohun Bagan wing-back Ashutosh Mehta a better player — so much so that he is now a contender to make it to the National Team squad feels former Hero I-League-winning coach Khalid Jamil.

Jamil, who had seen Mehta grow under his tutelage — first at Mumbai FC, and then at Aizawl FC — feels that Mehta has matured a lot now.

“Ashutosh Mehta has really progressed as a player over the years. I’ve had the privilege of seeing him grow under my coaching at Mumbai FC, and then at Aizawl FC, and he has truly come a long way since then,” Jamil said to i-league.org.

“He was become more matured as a player nowadays and has mastered the right-back position. With age he has also become a bit of a leader on the pitch, which is always good to have in any side. I think with the performances he’s put in, he is pushing hard to be a contender for the National Team,” Jamil opined.

Jamil had been a coach in the Hero I-League for almost a decade, plying his trade for seven years at Mumbai FC, followed by a season each at Aizawl FC (a team that he helped win the league in just their second season in the top flight) and East Bengal, and a short stint at Mohun Bagan. This season he begun as the Assistant Coach at NorthEast United FC, and later became their interim coach.

The 42-year-old went on to laud the character of the Mohun Bagan team and its coaching staff for turning things around after starting the season with a draw away at Aizawl, and a loss 2-4 loss at home against Churchill Brothers.

“They did not exactly start the season in the right fashion. But the credit of turning things around goes to the coach, and the players for executing it on the field,” quipped Jamil. “The pressure is immense at East Bengal and Mohun Bagan, and it takes character to pull your team out of a slump.”

“A lot of preparation needs to go not only into each match but into the overall season as well. It is a difficult league to play in,” he continued. “You play all across the land, in the icy cold weather the North-east and Kashmir, and in the sweltering heat of places like Coimbatore or Kozhikode. Also, you have to play on both artificial and natural turf. So a number of variables need to be taken into consideration.”

The former Hero I-League-winning coach went on to state that the Green and Maroons, as a team, are far ahead of the rest of the teams in the Hero I-League this season, and that the performance of foreign players has really helped their cause.

“From what I have seen so far, Mohun Bagan, as a team, are leaps and bounds ahead of the rest of the pack this season. Their foreigners are really making them tick on the pitch, and now they have a really big lead at the top of the table,” he further said.

“Their main target will be on the title. Records are good to look at once the ordeal is done, but what the fans will remember you by is the title. A record is just a cherry on top of the cake,” he said.