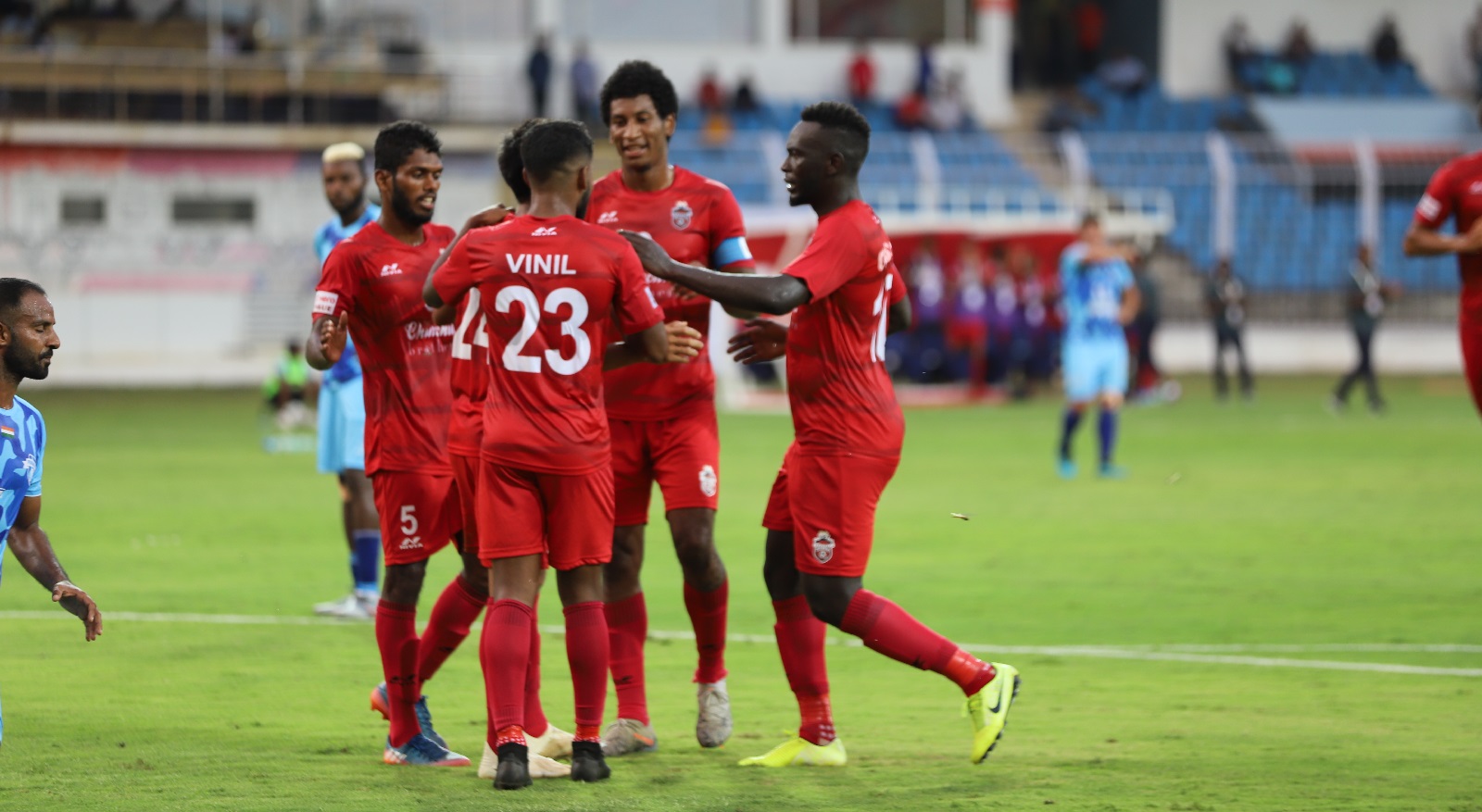 Goa, November 30, 2019: Churchill Brothers FC Goa came away with the three points against Punjab FC to get their 13th Hero I-League season underway on a confident note at the Fatorda Stadium in Goa, on Sunday, December 1, 2019.

Both sides were looking to play to their strengths and fielded their strongest XIs. The duo of Trinidadian Robert Primus in defence and Ghanaian midfielder Kalif Alhassan made the Churchill lineup and started against their former club. Talisman and club skipper Willis Deon Plaza led the line, with Dawda Caesay behind him. Also making his club debut was former Aizawl FC forward Lalkhapuimawia (Mapuia).

Punjab FC, on the other hand, went with a traditional 4-3-3 formation. Anwar Ali started in the heart of defence, with former East Bengal man Sanju Pradhan in midfield. Dipanda Dicka started up front, making his Punjab debut.

The match kicked-off at a high tempo as both sides pressed and looking to pounce at the slightest of openings.

Churchill had the better of the exchanges in the first half, eventually leading to their first goal in added time of the half.

Ponif Vaz delivered a cross in, which took a nudge off Anwar Ali and fell to Mapuia, and the Mizo forward made no mistake in scoring on his debut and giving Churchill the lead.

Punjab FC came out after halftime as a more organised unit. However, Churchill doubled their lead in the 70th minute, when a darting run down the middle by Gambian Dawda Cessay paid dividends as he found Plaza, who completely caught the Punjab defence napping and scored with a clinical right-footer to give the home side some breathing space.

The game was put beyond any doubt when Israel Gurung, in the 81st minute, lobbed one over the Punjab defence with Mapuia as the target. With a defender on his shoulder and keeper Bhaskar Roy in his peripheral vision, Mapuia unleashed an acrobatic scissor kick from outside the box to seal his home debut with a potential goal of the season contender.

Punjab tried, but failed to stitch together any real threat for the remainder of the game as the referee blew for full-time. Anwar Ali had a match to forget, with a red card in the dying stages.

Mapuia was declared the Hero of the Match.