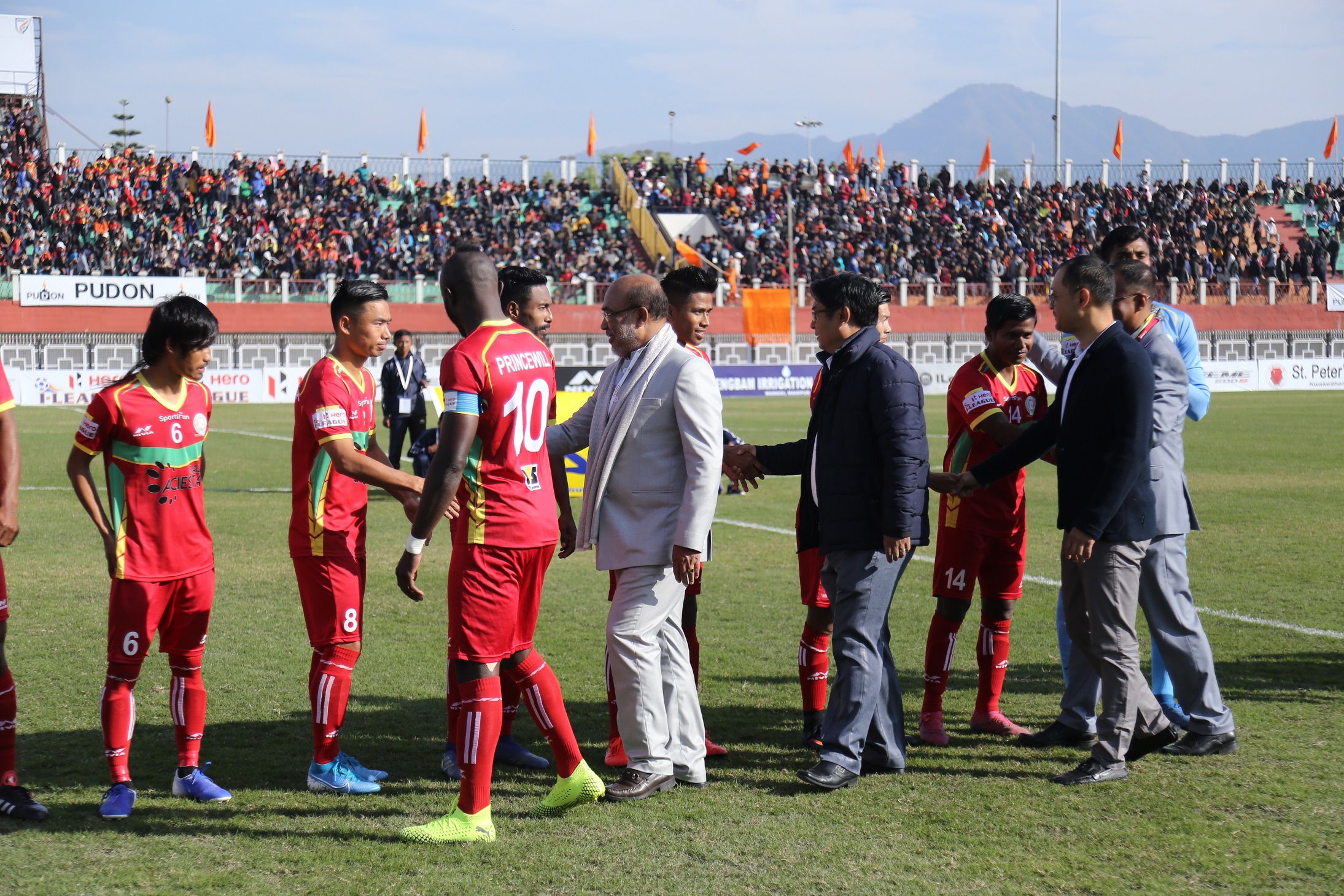 New Delhi: January 8, 2020 was a landmark day in the Hero I-League as it witnessed the first-ever Imphal derby between Neroca FC and newly-promoted TRAU FC, with the latter picking up the three points after coming from behind to record a 2-1 win — their first-ever in the league as well.

The attendance at the Khuman Lampak Stadium stood at 23,682 and among the attendees was none other than Hon. Manipur Chief Minister N Biren Singh. A former football player himself, he hailed the match as a ‘big privilege’ for the state and called Manipur the ‘Capital of Indian Football’.

He told i-league.org, “I am very proud to be here. It is a big, big privilege for Manipur. Manipur is crazy about football. It’s a great opportunity for us.”

“We have two clubs (in the Hero I-League). Our population is very thin – only 25-30 lakh people, and we have produced two I-League teams and one more in the Women’s League,” he stated.

He added: “They are the pride of the state and the pride of everyone. Many national players have come from Manipur. It is the house of football and we should recognise this state as the Capital of Football.”

Naocha Singh (41′) and Krishnananda Singh (64′) found the net for TRAU FC as they picked up three points for the first time this season.

After the match, head coach Dimitris Dimitriou expressed his delight with the result. “The boys played as they had trained. It was good to score in the 41st minute just before half-time and the team responded well after the break. We were the team that was playing better football, dominating in the midfield and I’m very happy with the result.”

TRAU FC’s Wahengbam Angousana Luwang was adjudged the Hero of the Match and he expressed his delight at the large turnout at the stadium.

“I would like to dedicate this award to my teammates. I’m very happy for fans who came out in large numbers to watch the game and they really motivated us to give our all on the pitch. It shows how much passion there is for football in Manipur and I hope it continues to increase in the future,” he stated.