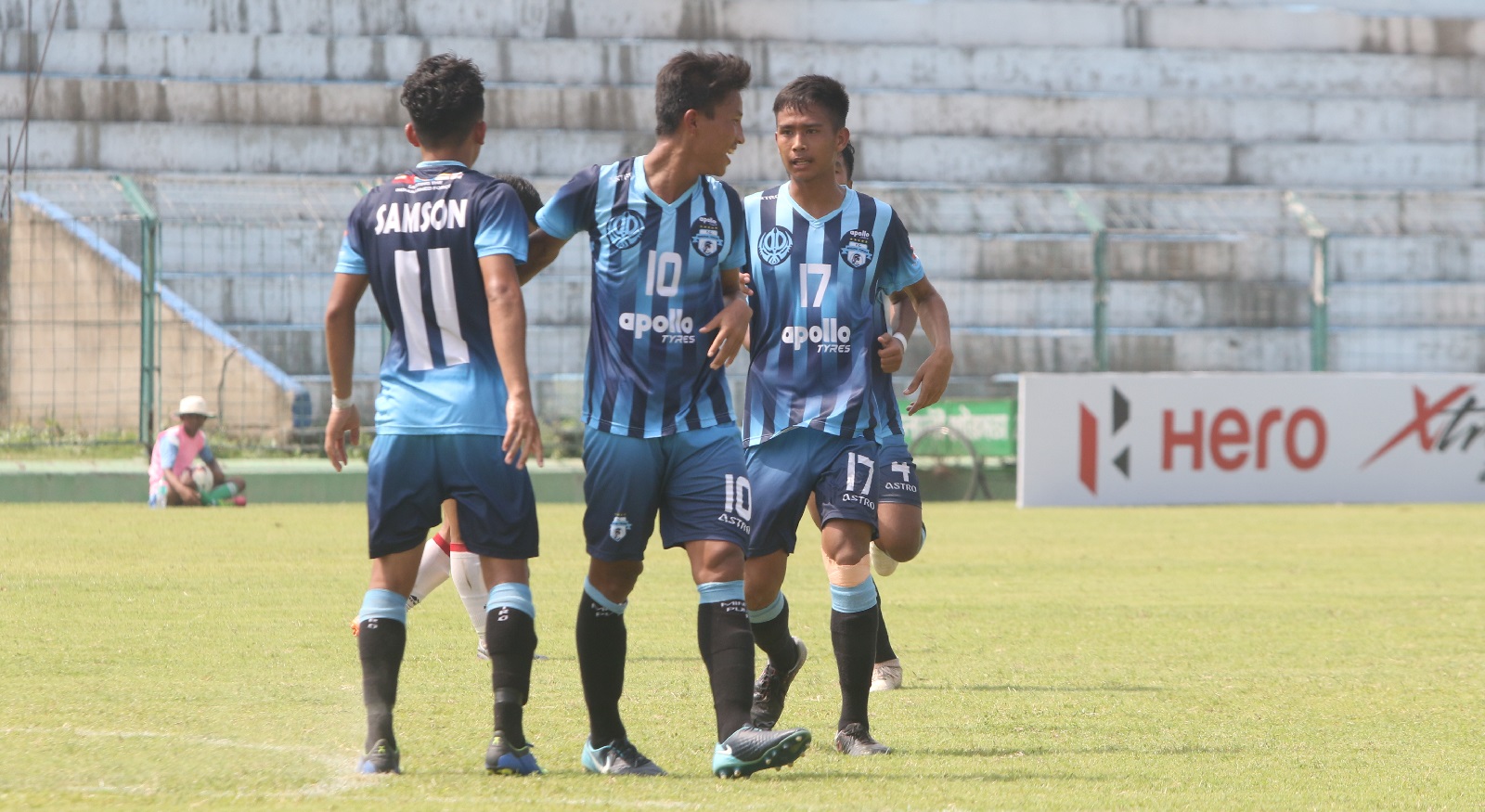 Kolkata, May 27, 2019: Minerva Punjab booked their spot in the 2018-19 Hero Junior League Final after a 2-0 victory over Shillong Lajong at the Kaslyani Stadium in West Bengal, on Monday.

Maheson Singh and Himanshu Jangra scored the two goals as Minerva went on to dominate the side from Meghalaya.

Minerva got started off the game, playing a high tempo, as they passed it around, keeping long bouts of possession. They got their first chance of the game early on when midfielder Tangva Rangui volleyed it from outside the area, but it was saved by Lajong goalkeeper Urbanity Makhroh.

India U-16 international Maheson Singh was the main influencer in the middle of the park for the club from Chandigarh. Around the half-hour mark, Maheson played Apahaoba Singh, who penetrated the box from the left, and sent in a low cross for Jangra to pull the trigger. However, it was well saved by Makhroh.

With just seconds left on the clock for the first half to end, Maheson changed Minerva gaffer Harpreet Singh’s half-time talk, as he drove it hard and low into the bottom corner.

Lajong came out with more vigour in the second half, and immediately got the result when they were awarded a penalty in the 53rd minute. Abhay Chhetri placed the spot-kick on the left of the goalkeeper, but Abujam Penand Singh made a smart save to keep Minerva in the lead.

Chhetri had another chance a few minutes later, when he rattled the crossbar from outside the area.

With about 20 minutes of regulation time left on the clock, Jangra lost his marker and rose above the rest of the pack and nodded it into the Lajong goal, to double Minerva’s lead. From then on, Minerva kept possession of the ball.

With this win, Minerva Punjab have made their way to the Final of the Hero Junior League, as Maheson and Makhroh were jointly given the Player of the Match Award.