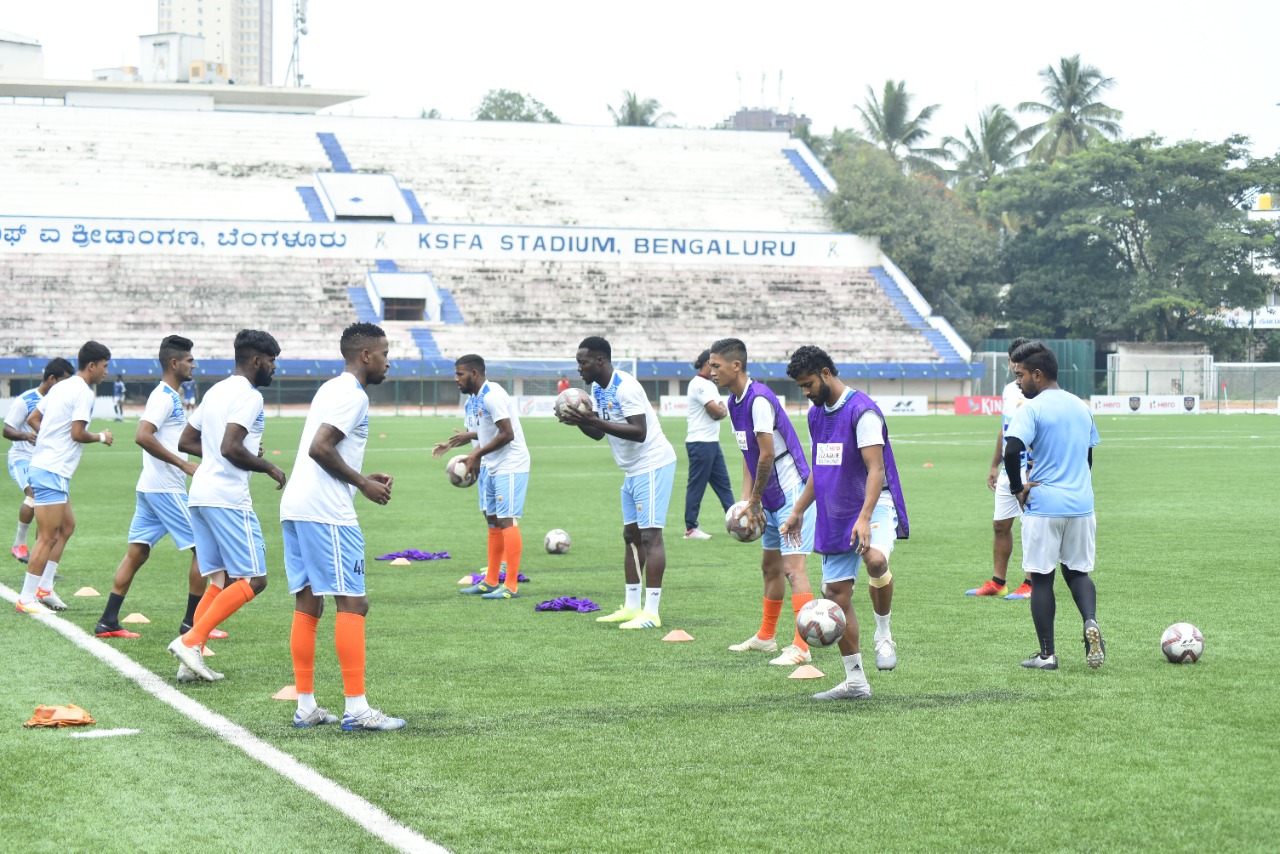 BENGALURU: After facing their first defeat of the Hero I-League Qualifiers 2021 final round against Kenkre FC, Madan Maharaj FC are eyeing a return to winning ways as they prepare to take on Rajasthan United FC here at the Bangalore Football Stadium. The match is scheduled to kick off at 3:45 PM IST and will be telecast live on the 1Sports broadcast network and streamed live on the 1Sports Facebook page.

Madan Maharaj FC approach tomorrow’s encounter finding themselves in a virtual do-or-die situation as the side from Madhya Pradesh must secure a win to keep their Hero I-League qualification hopes alive. In the face of adversity, MMFC head coach Amit Jaiswal maintained an optimistic outlook, stressing that the team must get over the disappointment of their first defeat and focus on the task at hand.

“The way I look at it, we cannot dwell on the past result as we must focus on the match tomorrow. Frankly, we do not have any other choice either. We still have a chance to go through, so we have to try and go out tomorrow to get a win and build some momentum for our last game of the competition. There are still 6 key points to play for, and we have to try and obtain the maximum. Even in the group stage, we began our campaign with a disappointing draw but we managed to finish on top by the end. Therefore, I remain optimistic that we can achieve that same feat again. We have the self belief and the attitude to always fight until the end,” said Amit Jaiswal in the pre match press conference.

Jaiswal identified some key areas where he wants his team to improve in order to come away with a win against Rajasthan United. He said, “We did not play a bad match yesterday, but we did miss a lot of chances and we were not clinical in front of goal. Our reality at the moment is that we are missing some key players in attack with the likes of Shubham (Bhowmick) and Jiten (Murmu) being out injured. They are crucial to our style of play and it is not easy for new players to come in take up that role in such a short span.”

Jaiswal went on to state that key forward Jiten Murmu is facing a race against time to be fit and available for Madan Maharaj FC’s crucial match tomorrow. He said, “We are tracking Jiten’s injuries and hoping that he will be able to recover and be fit for tomorrow’s match. The turn-around time between matches is quick, so we cannot be certain if he will be ready by tomorrow, but our physiotherapist and the rest of the staff are trying their best to aid his recovery.”

South African player William Twala spoke about dealing with pressure as MMFC set out to overturn the points’ deficit in their remaining two matches. Twala said, “In football there is always pressure to perform because it is a game of results at the end of the day. When you don’t get results, there is added pressure for the next game. We will try to use this pressure as a boost to go out there and give everything to have the results come our way for the next two matches.” 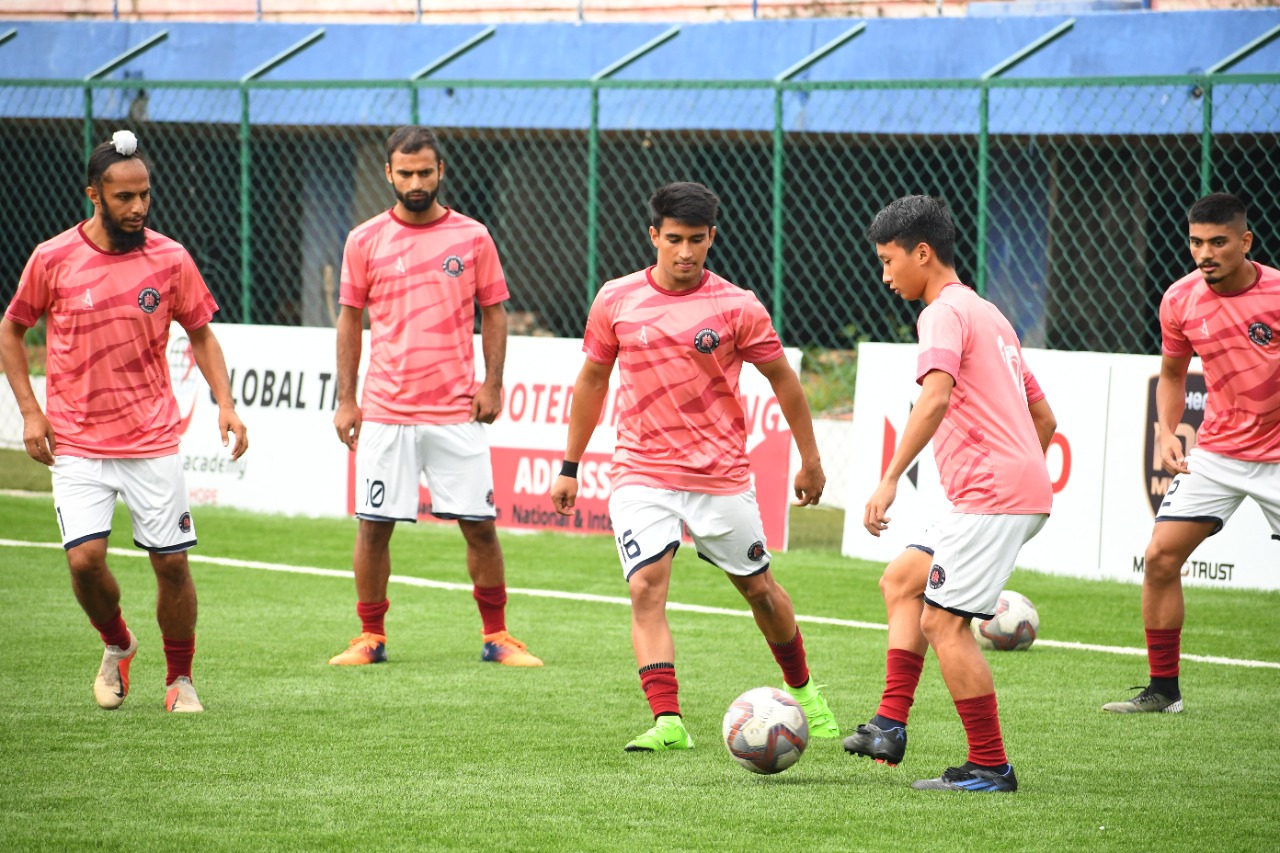 Rajasthan United FC came into the Hero I-League Qualifiers content to not be categorised as one of the favourites in the competition, but the side has gone from strength to strength since their first match in their debut Qualifiers campaign. With four matches played and the final round underway, RUFC remain the only undefeated team in the competition so far.

RUFC head coach Vikrant Sharma attended the pre match press conference and remained in high spirits as his team stands joint top with Kenkre FC in the current final round standings. As he reflected on the win over Delhi FC, head coach Vikrant Sharma said, “We are feeling really good after the big win yesterday. When you are starting a new round with a clean slate, it is always important that you start on a positive note. We discussed in our pre match meeting that our job and our focus is to produce our effort, and as long as we do that we can accept whatever the result may be. So I was really happy to see the effort and the output we managed to produce for such a big game.”

“Delhi FC has a lot of big players and a really good professional setup, and they have put in a lot of hours and weeks to prepare for this campaign. We always knew that it was bound to be a really tough game. If we look back at the match, we were always there and fighting with them in every play. We had some chances which could materialise into anything more, but eventually we got the win and we are elated with that result,” he added.

Rajasthan United FC captain Akeem Abioye spoke like a thorough professional in the pre match press conference as he summed up the mood in the RUFC camp. He said, “The boys are feeling good and the camp is buzzing as they deserve to feel happy with the result, but our focus is completely on the next two matches. We cannot get swept away with this feeling and must focus on the task ahead, because we are not here to just win the odd match and participate in this competition. We are here to win the whole thing and qualify into the I-League. That is our only objective.”