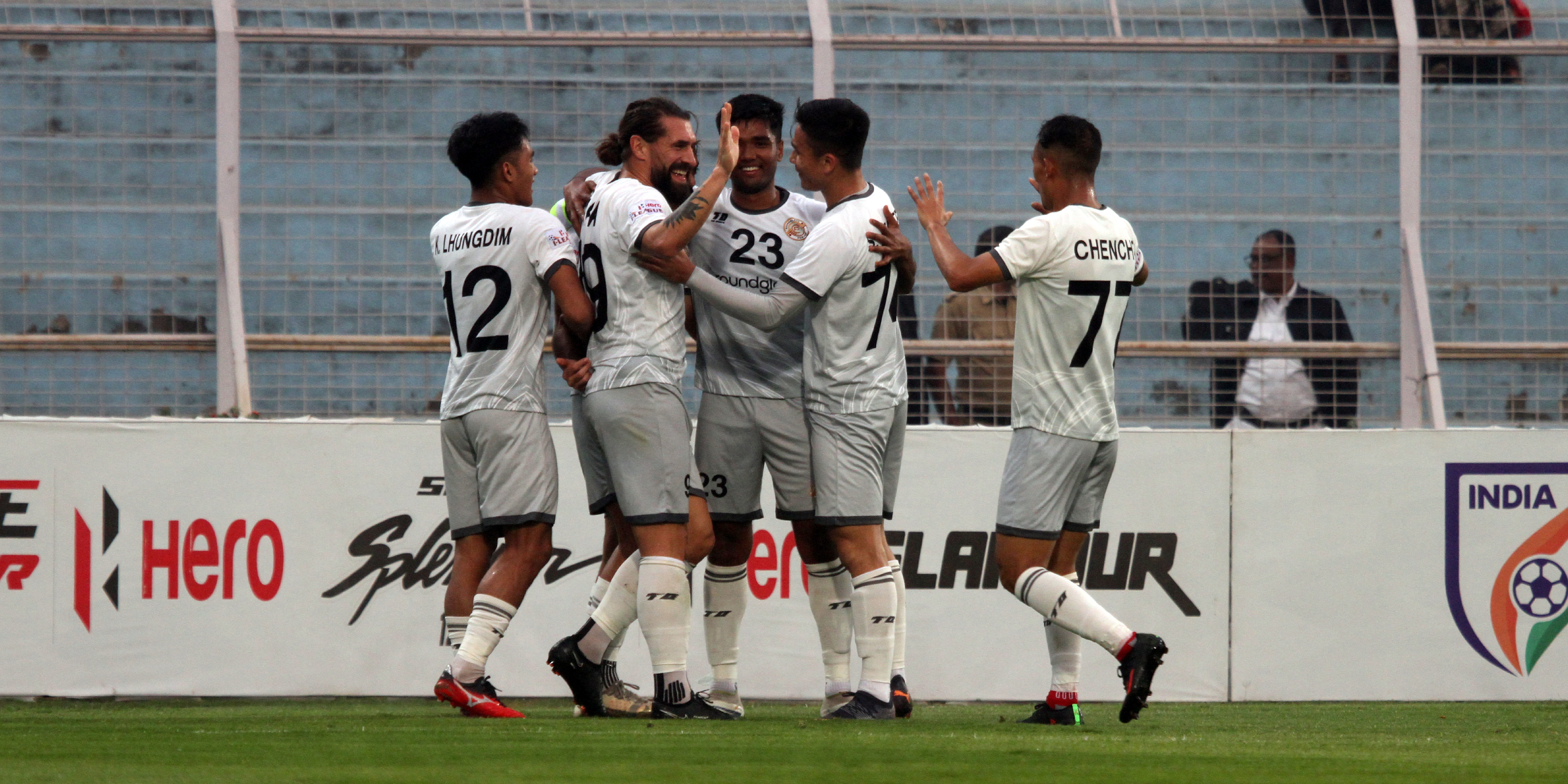 KOLKATA: Led by a brilliant Luka Majcen, RoundGlass Punjab FC banished the memories of their previous game to emphatically beat Mohammedan Sporting Club 4-0 at the Kishore Bharati Krirangan on Sunday, January 22. In the process they also became the first side to win a game in Kolkata against the hosts.

Going into the encounter, despite occupying different halves of the table, the form guide suggested the home side would have the edge. In the early going, that proved to be right, Mohammedan not just dominating the ball but also creating meaningful attacks into the final third that kept the visitors defence on edge.

In that opening quarter of an hour, Kiran Limbu was forced to come and command his box more frequently than he would’ve liked with Kean Lewis and Sekh Sahil constantly dropping crosses in for Marcus Joseph to attack.

The difference though was Luka Majcen. Quite literally. The Slovenian is a physical presence in the box and among the best strikers in the league, who can often create something out of nothing. For Punjab’s opening two goals he did exactly that.

The first came off an innocuous looking attack, Chencho Gyeltshen playing Brandon Vanlalremdika on the left wing into space. Brandon cut back and lifted a hopeful cross into the box towards the far post, with Majcen waiting. Rather than taking a header on goal, Majcen cushioned it back, into the path of an onrushing Juan Mera, who swept in a first time volley to spark the celebrations.

Mohammedan had a chance of their own soon after, and it took some Kiran Limbu acrobatics to ensure Punjab held the lead. The Nepalese goalkeeper  pulled off one of the saves of the season, diving to his right to palm away Faiaz’s shot from six yards.

If the first of Punjab’s goals was a team effort, the second was pure individual genius, Majcen picking up the ball on the left of the box, cutting it to his right foot before curling it into the far corner and over Sankar Roy’s diving palms. Punjab went into the break leading by two.

Kibu Vicuna’s half time changes ushered in some urgency in the home side’s play but Punjab were ruthless and clinical, punishing them for every misstep, and with ease. The third came after some pinball in the six-yard box from a Punjab free kick. The loose ball fell to Majcen two yards from goal. He graciously accepted the gift.

With 15 minutes to go and Mohammedan looking lost, Punjab scored a fourth to add the gloss to a brilliant performance. Mera doubled up on his own tally for the game, running through a porous Mohammedan defence before letting fly from 20 yards. His teammates fell upon him in glee as it hit the net.

Somehow, in the last ten minutes, Majcen found more ways to demonstrate his effect on this game. This time the Slovenian was at the other end of the pitch, in front of his own goal, heading a Murzaev shot from the goal line on to the crossbar. He preserved the clean sheet as Punjab rose to the top of the table.