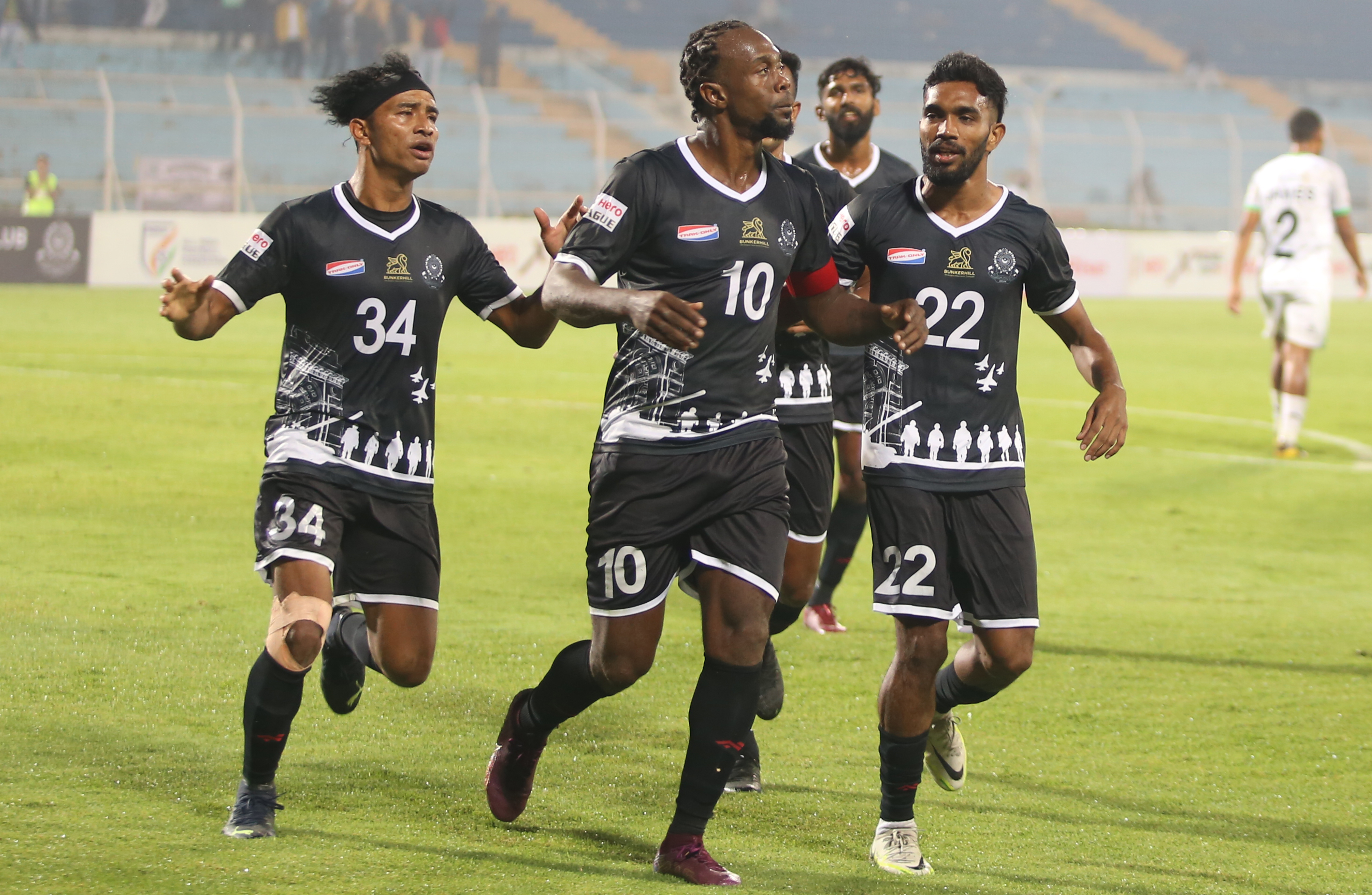 KOLKATA: Mohammedan Sporting Club left it late, but ultimately secured a 3-1 victory over NEROCA FC at the Kishore Bharati Krirangan on Wednesday, November 23, 2022.

An own goal by NEROCA captain David Simbo handed Mohammedan Sporting a first half lead, which was cancelled out on the other side of the break by Mirjalol Kasimov. The home side, however, struck twice in the last 10 minutes through a Marcus Joseph penalty and some individual brilliance by Faslurahman Methukayil to seal the three points.

It was a slow start to the first half as both the sides looked to get the measure of each other in the opening exchanges. It was turning out to be quite a physical affair in the middle of the park, but home side Mohammedan Sporting were looking to gain the early threshold.

Kean Lewis was particularly effective down the right for Mohammedan, and almost created the perfect goalscoring opportunity for the Black and White Brigade when he cut in from the right flank and fizzed a low cross into the path of Sk Faiaz, who struck it straight at NEROCA keeper Soram Poirei. 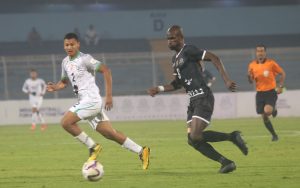 It was Lewis again, who created the opportunity that finally led to Mohammedan taking the lead, as his cross from the right was inadvertently headed into the goal by NEROCA defender David Simbo, with five minutes of regulation time left on the clock in the first half.

After the change of ends, NEROCA came out with the greater intent, as Uzbek midfielder Sardor Jakhonov looked to control the proceedings in the middle of the park. Jakhonov also had a couple of attempts on goal from long range himself, but they went wide.

The side from Imphal finally found the equaliser that they were looking for a little over 10 minutes after the restart through their other Uzbek midfielder Mirjalol Kasimov. The 27-year-old was fed a square pass by Jordan Fletcher at the edge of the Mohammedan area, as he controlled the ball and side-footed it on the half-volley to curl it into the top corner, leaving goalkeeper Sankar Roy with no chance.

The Mohammedan wingers soon switched sides, and that seemed to make them more effective for large parts of the second half. Sk Faiaz was particularly effective down the right, where he made darting runs, looking to feed crosses in to striker Marcus Joseph. 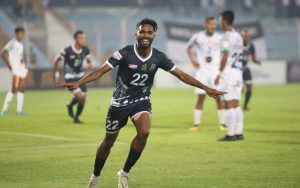 Lewis, who was the creator of the Black and White Brigade’s first half goal, also found some joy down the left, looking to cut in. However, the NEROCA defence stood firm.

With exactly 10 minutes of regulation time left on the clock, Mohammedan’s Trinidadian striker Marcus Joseph saved the day for the home side. Some high pressing by substitute Pritam Singh paid the dividends as his tackle on Kasimov meant that the ball fell to Joseph in the NEROCA box. The Mohammedan striker swivelled inside the box, looking for some space, but was brought down by James Singh. Referee Jehrul Islam did not hesitate to point to the spot, as Joseph stepped up and sent the keeper the wrong way.

Faslurahman Methukayil calmed the nerves of the Mohammedan Sporting supporters just three minutes later with an absolute peach of a goal. Cutting in from the left flank, Faslu showed some quick feet to dribble past two defenders, before curling it in from a tight angle.

While the atmosphere just a few minutes earlier was a tense one at the Kishore Bharanti Krirangan, Faslu’s goal meant that the drums began to sound in full flow from the galleries, as the referee soon brought the match to an end.