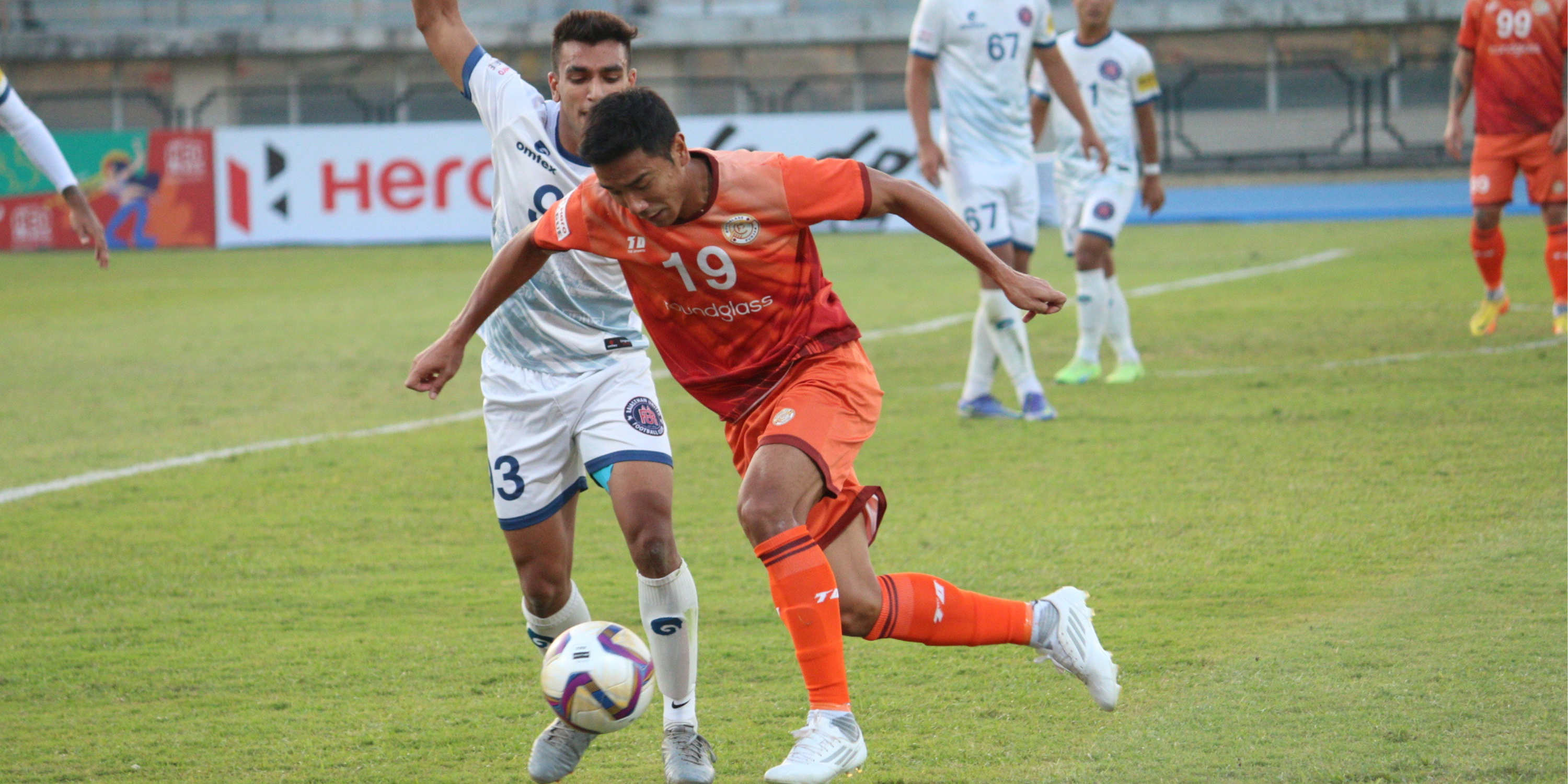 PANCHKULA: RoundGlass Punjab FC and Rajasthan United FC played out a thrilling 1-1 draw at the Tau Devi Lal Stadium in Panchkula, Haryana on Wednesday (November 23, 2022) in their Hero I-League 2022-23 match.

Daniel Lalhlimpuia’s fantastic strike in the 13th minute looked to be the winning goal for the hosts but super substitute Gyamar Nikum snatched a late equalizer in second half stoppage time to ensure that the spoils are shared.

The first half began at a gradual pace as both teams looked to size the other up and no major inroads being created early on.

In the 13th minute though, the game sparked into life thanks to Daniel’s piece of individual brilliance. Samuel Lalmuanpuia’s corner kick was headed away by Aidar Mambetaliev and the ball fell to Daniel, who slammed the ball into the net with a powerful volley from the edge of the penalty area and gave his side the lead.Joseba Beitia almost struck back for the visitors two minutes later, but the former RoundGlass Punjab FC midfielder’s volley was narrowly wide of the target.

The hosts fashioned a couple of half chances, with Lalmuanpuia’s cross being headed towards his own goal by Hardik Bhatt, prompting Rafique Ali in the Rajasthan goal to make a sharp stop. At the end of a flowing move, Daniel found Brandon Vanlalremdika with a low cross but the final contact was weak and the shot lacked power.

The Desert Warriors, however, ended the half on a strong note. In the 37th minute, Melroy Assisi’s header had to be cleared from the goalmouth and five minutes later, Nuha Marong failed to hit the target from a free header after Martin Chavez’s cross. 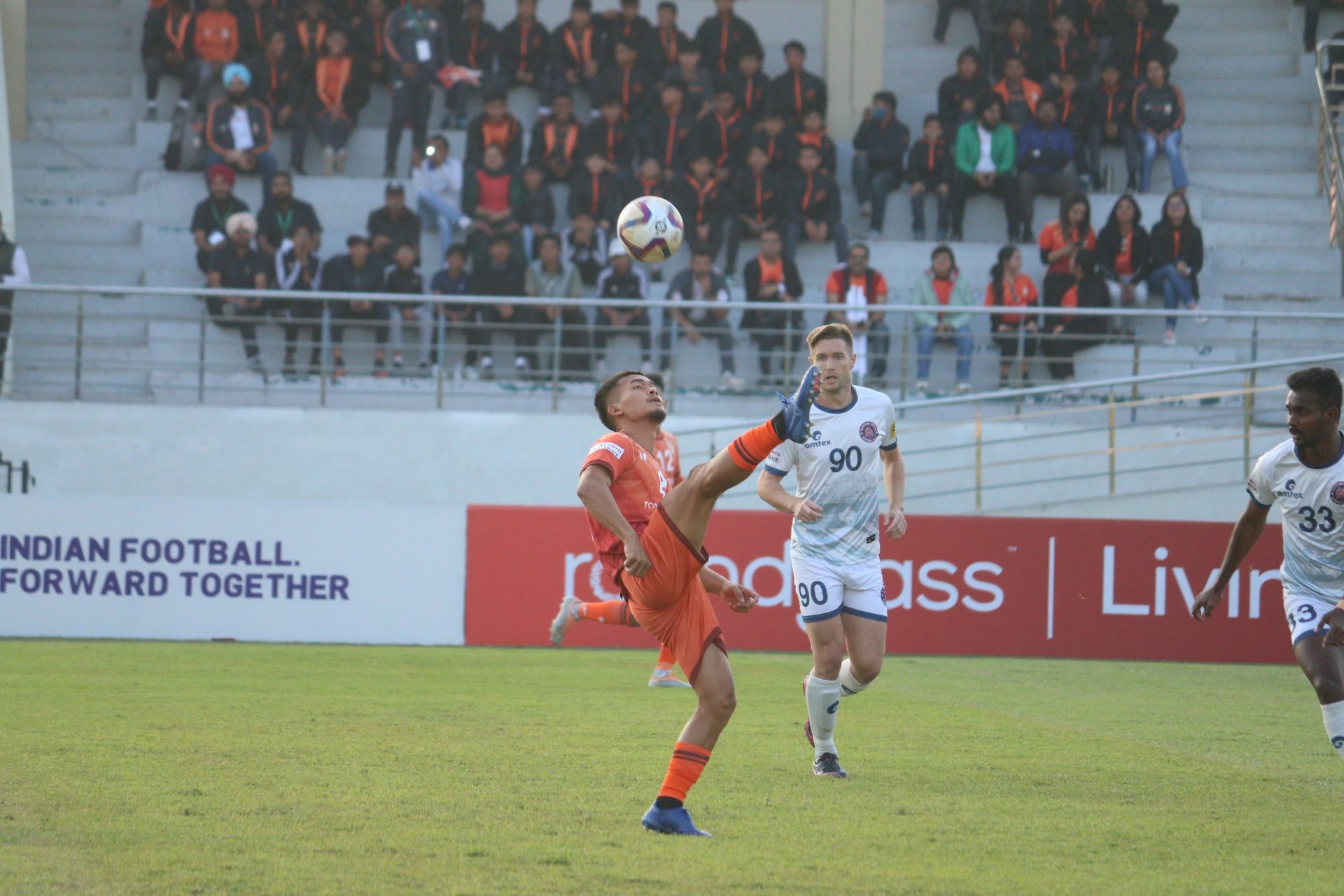 In added time, Kiran Limbu was forced to make a diving save from Ragav Gupta’s shot from 20 yards, which meant that the teams went into the breather with the score at 1-0.After the restart, Rajasthan looked to put some immediate pressure but could not create a clear opening. On the other end, Freddy Lallawmawma found space to shoot in the 50th minute and his shot was palmed away by Rafique.

Three minutes later, Beitia went for another volley from distance but it lacked enough power to trouble the keeper.

The home side almost made it two through skipper Aleksandar Ignjatovic but his header from a Samuel corner was just wide in the 56th minute. The midfielder had another opportunity to score moments later after a defensive error by Rajasthan but the shot was eventually blocked at the last second. 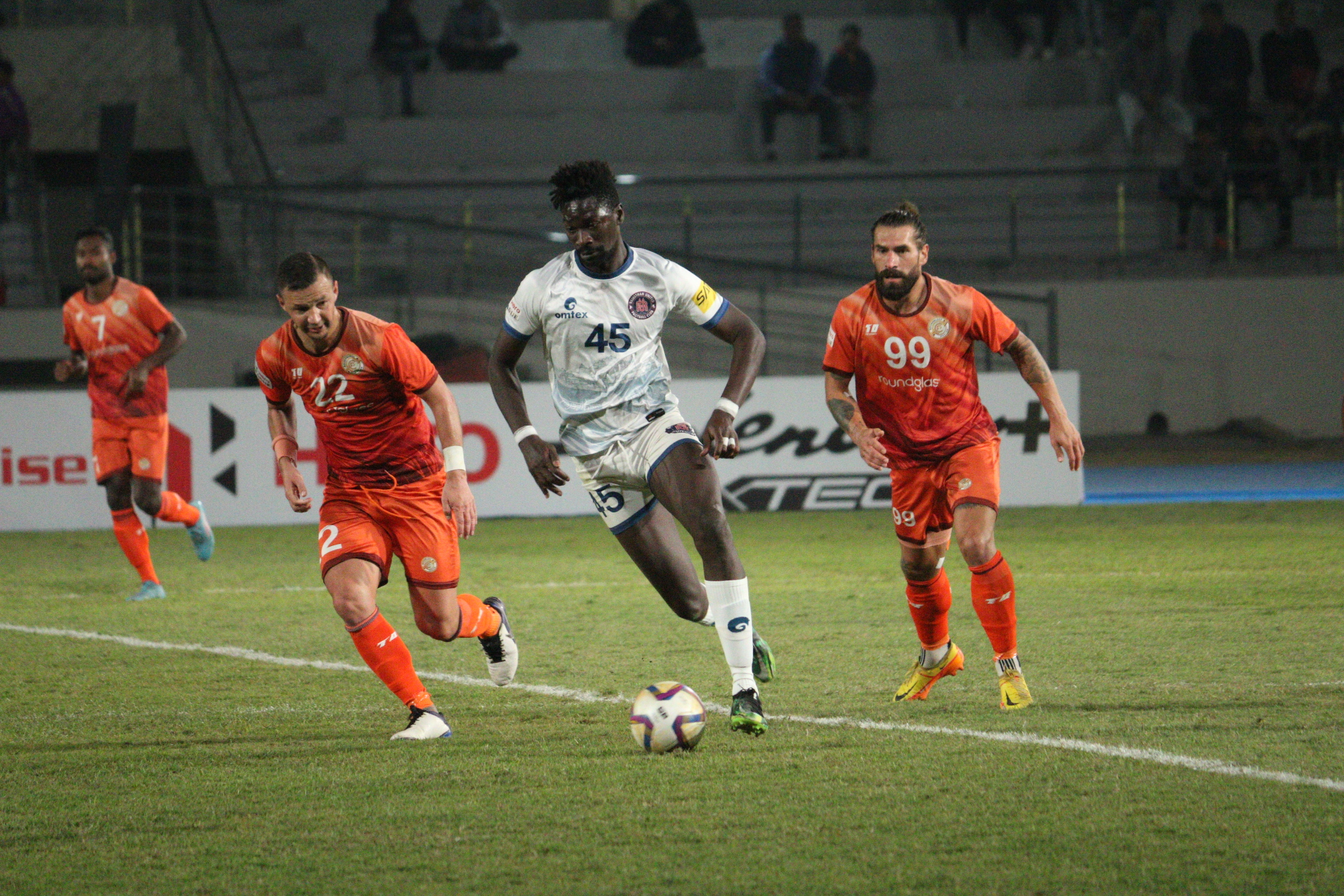 The RoundGlass Punjab FC backline continued to hold the fort well, not allowing the opposition to breach the defensive line despite having more possession. In the 72nd minute, Marong was found by William Pauliankhum from the left flank but the resulting header sailed way off the mark.

Krishnananda Singh, on as a substitute, was inches away from doubling the home side’s lead in the 78th minute. Latching on to a through pass by Bidyananda Singh, the forward fired in a powerful effort that cannoned off the post and went back into play.

The match went on in end-to-end fashion, with Limbu make a sharp stop in the 88th minute to keep out a strong effort by Chavez.

It appeared as if the hosts will continue their perfect start to the new season but in the first minute of added time, Rajasthan found the leveller. After Limbu charged out to a claim a cross, the ball fell to Nikum who showed excellent composure to slam the ball into the net and make it 1-1.

RoundGlass Punjab remain unbeaten in the competition so far, with two wins and a draw, while Rajasthan United take their tally to four points.