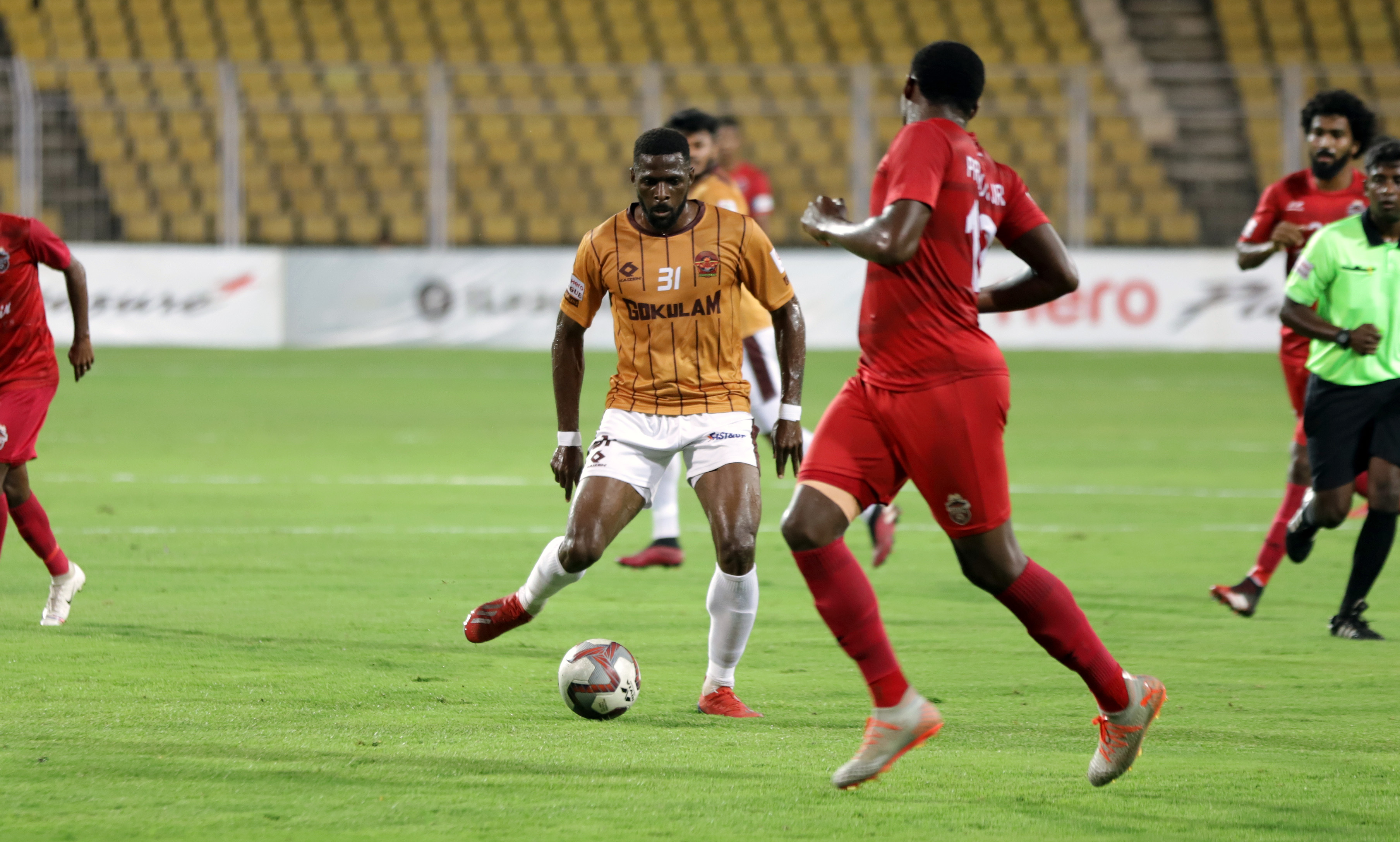 Goa, March 8, 2020: In a thrilling encounter between Churchill Brothers FC Goa and Gokulam Kerala FC, the latter came out victorious 1-2 with the help of a 90th-minute goal by Henry Kisekka in their Hero I-League 2019-20 match that took place at the Fatorda Stadium in Goa on Sunday (March 8, 2020).

Gokulam Kerala’s victory gives a serious jolt to the Red Machines’ hopes of finishing in second place on the points table. With the win, Gokulam jump up to 22 points from 15 games — the same tally as TRAU FC and Real Kashmir FC, overtaking Churchill Brothers in the process, who have 20 points to their name.

As the first half started, Churchill Brothers lined up with a heavy mid-field presence as they opted for a 3-5-2 formation. Gokulam Kerala on the other hand, lined up with five in the defence in a 5-3-2 set-up. A lot was expected from the captains of both the sides — Willis Plaza and Marcus Joseph as they also happened to be highest scorers for their respective teams.

Churchill Brothers began the game on a positive note and were pressing high up the field since the beginning. Their pressing paid off as it drew the first mistake out of the Gokulam defence in the 7th minute as the ball fell to Plaza, whose shot went across the face of the goal.

The high pressing game though, did leave gaps in the defence and it was utilised by the Gokulam Kerala skipper in the 31st minute.

He made a run from the left flank into the box and with an inch-perfect ball, found his attacking partner Nathaniel Jude Garcia, who skilfully placed the ball into the back of the net from close range.

With Gokulam Kerala now leading 1-0, Churchill went on the attack and but weren’t able to find the final ball which would have given them the equaliser. Just before the end of the half, Plaza was fouled right at the edge of the Gokulam Kerala box and the resultant free-kick was taken by Lalkhawpuimawia, who drew a diving save from the away side’s keeper.

Gokulam Kerala went into the tunnel more satisfied of the two teams as they led 1-0 at half-time.

The play resumed and the Red Machines were mounting attack after attack. However, the only thing standing between them and the equaliser was the Gokulam Kerala keeper CK Ubaid. First, it was a shot by Lalkhawpuimawia followed by efforts from Dawda Ceesay and Plaza which were wonderfully saved by Ubaid.

Against the run of play in the 70th minute, Gokulam Kerala got a free-kick and Marcus Joseph almost scored the second for the visitors as his left-footed set-piece went whistling past the far post.

When all seemed bleak, luck finally shined upon Churchill Brothers when a simple catch from a free-kick was misjudged by Ubaid in the Gokulam goal and Lalkhawpuimawia headed it home for an equaliser in the 73rd minute.

The match ended 2-1 in favour of the away side and for his match-winning strike, Henry Kisekka was awarded the Hero of the Match.