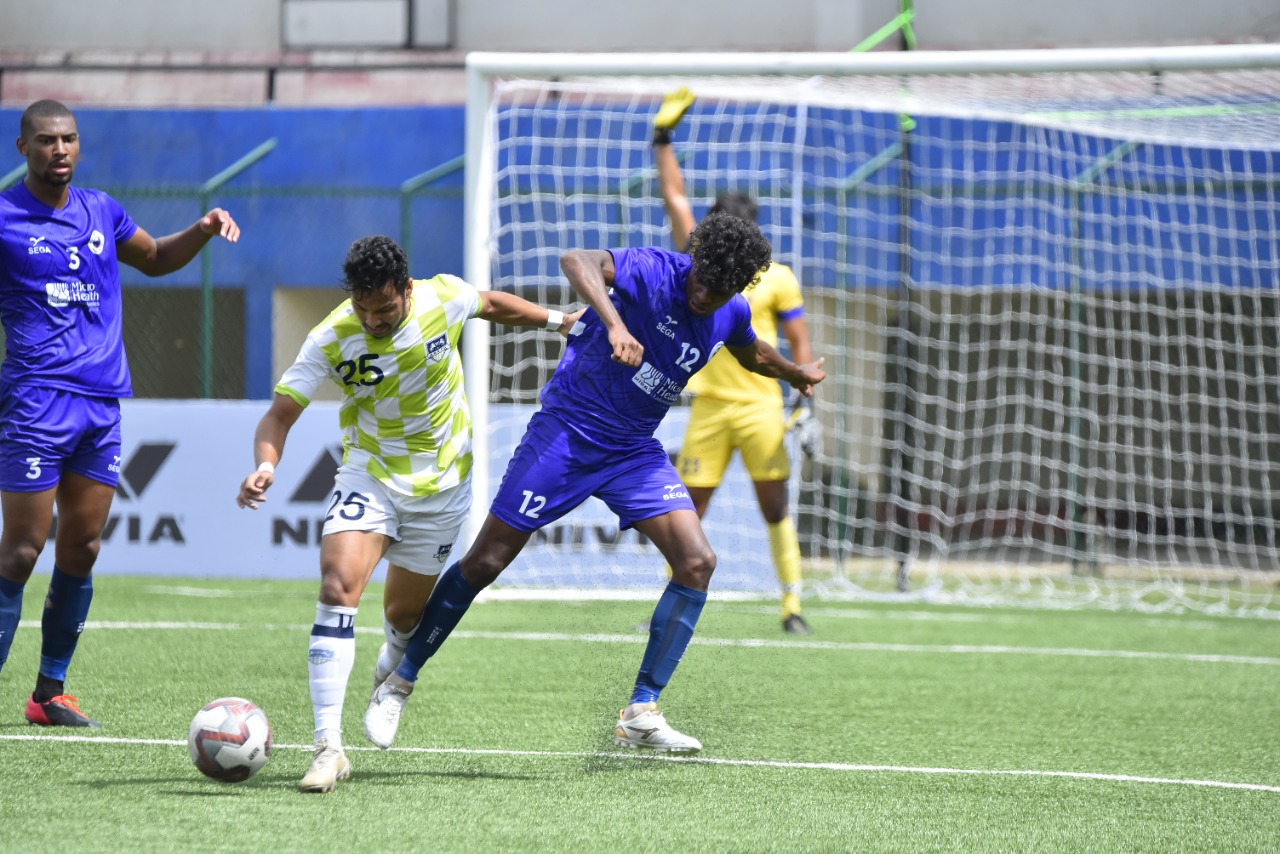 Bengaluru: Kerala United ended their campaign at the Hero I-League Qualifiers with a memorable 3-1 win against ARA FC at Bengaluru on Thursday. The goals were scored by Francis Uchenna Nwankwo and Hafis Alakkaparamba, while Sufiyan Shaikh scored a goal for ARA FC.

ARA FC had the first opportunity to score in the game. They were awarded a corner in the 6th minute, but Kerala United defenders did well to clear the ball.

ARA FC controlled possession and looked to hold sway in the first 15 minutes but could not convert. In the 22nd minute, Dieye Hamiddu created a chance in the box when he beat defender Gabriel to take a shot, but his attempt trickled far off the post. 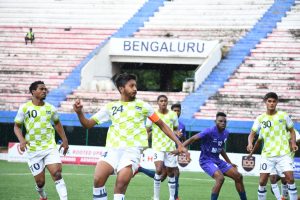 After a cooling break in the 30th minute, Kerala United came with an improvised attack to pressurise the ARA FC defence. Francis found space in the box after a good move by his team, but his firmly struck shot from a tight angle crashed into the side netting.

The best goal-scoring opportunity came in the 39th minute when ARA FC man Hamiddu created space for himself inside the box. Excellent footwork gave him time to position himself perfectly to take the strike, but his shot went over the bar.

Both teams went into halftime in a 0-0 stalemate. Kerala United’s experienced head coach Binu George used this time to change the strategy. The halftime team-talk worked to perfection as in the 46th minute, Francis put the ball into the net after beating a couple of ARA FC defenders. It was a much-needed goal for Kerala United. 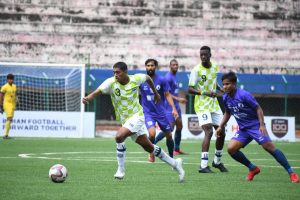 They built on this momentum to strike again in the 51st minute when Francis latched onto a mistake by the ARA FC defenders. The second goal put Kerala United in good stead to finish the game. Jesin then created another goal-scoring opportunity for Kerala United in the 58th minute, but he squandered the chance. However, his team continued to work with a good structure, fine passing and gunned for space in the midfield to surge ahead.

ARA FC meanwhile looked dangerous in the closing minutes of the game when they first pulled a goal through Sufiyan Shaikh in the 83rd minute. Sufiyan could have equalised in the 86th minute, but his shot went wide. In stoppage time, though, Kerala United finished the proceedings with a splendid goal by Hafis. That ended Kerala United’s campaign in the Qualifiers with a fine 3-1 win and three points in their kitty,