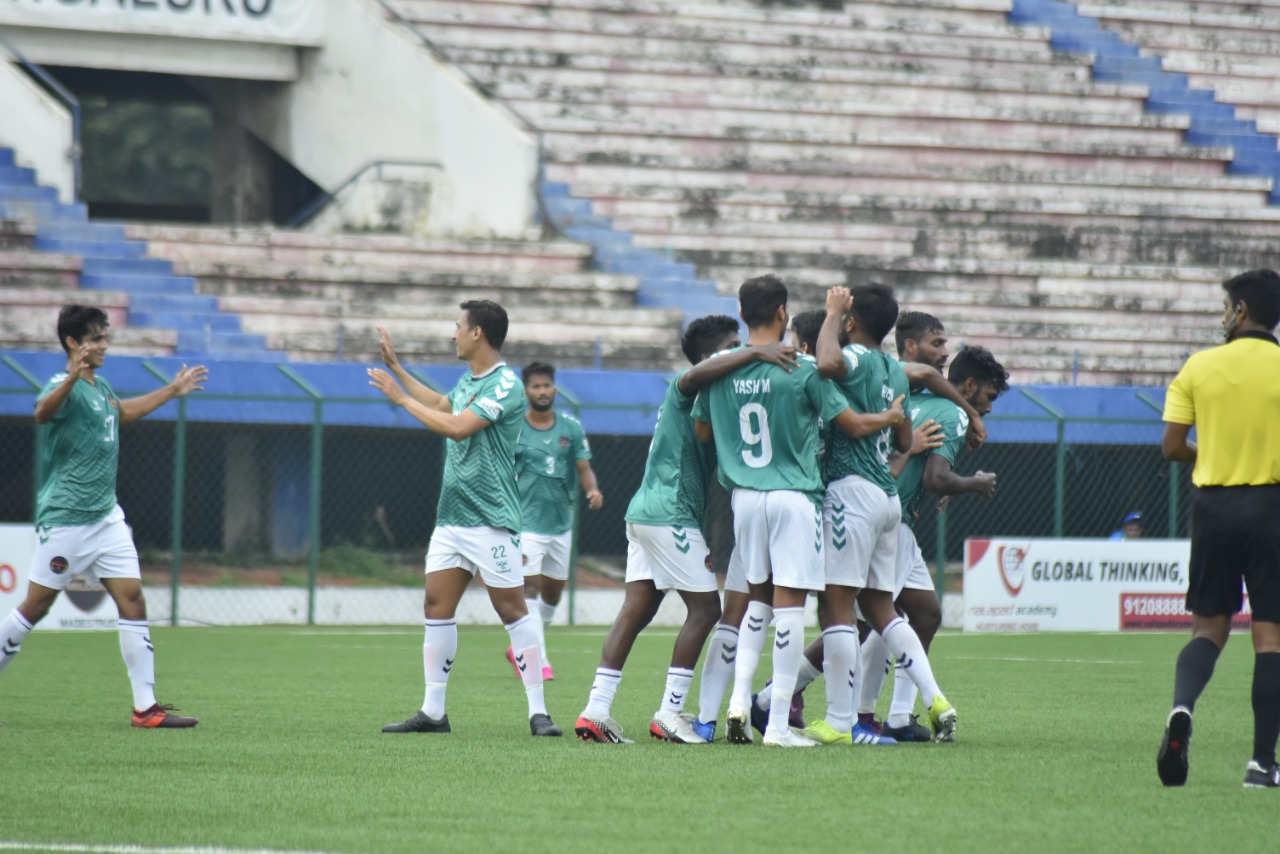 BENGALURU: Kenkre FC began the final round of their Hero I-League Qualifiers campaign with a hard fought 1-0 victory over Madan Maharaj FC here at the Bangalore Football Stadium. The solitary goal of the game was scored close to the full time whistle by Kenkre FC midfielder Pravitto Raju. This loss put an early jolt in the Madhya Pradesh side’s bid to qualify for the Hero I-League 2021-22.

Kenkre FC made a vibrant start to proceedings and could have gone ahead in the 7th minute through right full back Varun Mathur. The Akhil Kothari – coached side used their intricate passing and off the ball movement to create an opening down the left wing with striker Ranjeet Singh leading the charge. Ranjeet got the better of the opposing full back and squared a cross for Varun Mathur but the chance was wasted.

In the early stages of the match, both teams established contrary patterns of play, with Madan Maharaj FC looking to release their forward players with quick and long balls over the top, while Kenkre FC employed a style which involved them building a tempo and moving up the pitch as a team by playing short passes.

In the 30th minute, veteran midfielder and MMFC skipper Mehtab Hossain spotted Kenkre goalkeeper Tenzin Samdup off his goal line and made an audacious attempt to lob the keeper from over 45 yards but could not find the target.

In the 33rd minute, Azfar Noorani carried the ball down the left wing and produced another low cross aimed for the edge of the six yard box which was met by the onrushing Aravind Rajan but he missed his mark by a whisker.

As the game was locked at a stalemate, Kenkre boys came out with renewed vigour after the restart.

Azfar Noorani was poised to tap the ball home, but was denied by a heroic last ditch tackle by Abhishek Das. 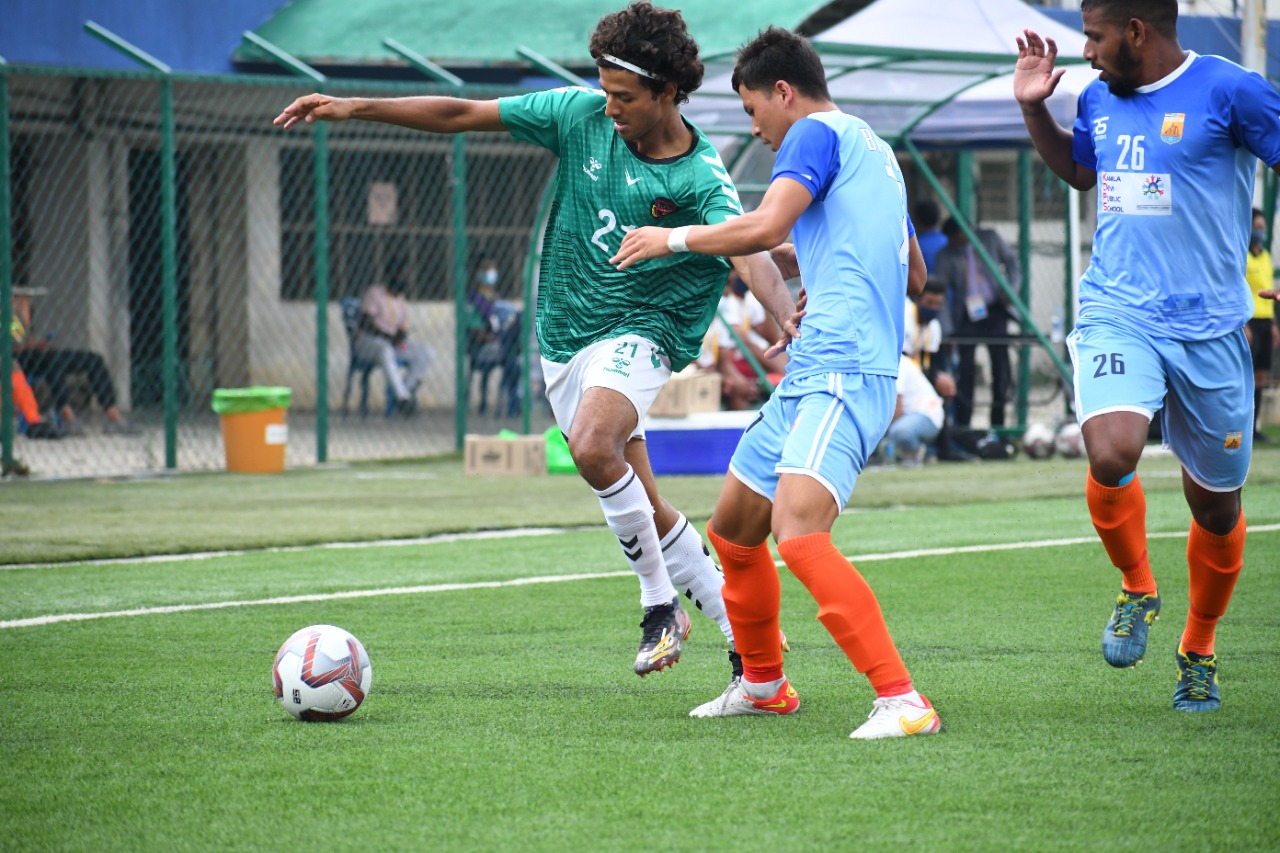 In the 61st minute, MMFC nearly capitalised on a loose back pass by Suraj Singh Negi, as Biren Rai chased the ball and nearly got his foot to it to take it away from the keeper and be through on goal, but the danger was expertly cleared by goalkeeper Tenzin Samdup.

Tenzin stood up for his team and maintained his composure once again in the 78th minute when Biren Rai ran through on goal with only the goalkeeper to beat. As Biren tried to round the goalkeeper, Tenzin stood tall on his feet and thwarted the MMFC striker, who rued missing this gilt edged chance to send his team in front.

MMFC were left to regret their missed opportunities in the 84th minute as Kenkre FC finally broke the deadlock through Pravitto Raju.

Kenkre kept knocking on the door and issued warning signs throughout the match with their wing play, which finally yielded results for them. After combining effectively and producing a high cross from the right wing, Pravitto outjumped MMFC centre back Loveday and sent a looping header over goalkeeper Shayan Roy, who was caught in no man’s land. The goal sparked wild celebrations for the team from Maharashtra, who could smell victory so close to full time.

MMFC upped the ante and tried to claw back into the match through a late equaliser but were again denied clear goal scoring chances by adept defending from the Kenkre FC defensive unit. William Twala stood over a 91st minute free kick from a central position with a chance to grab the headlines with an equaliser. Twala cleared the wall with his free kick, but could not keep his effort on target.

Kenkre FC will look to build on the momentum from this result as they go top of the provisional standings in the final round of the Hero I-League Qualifiers.