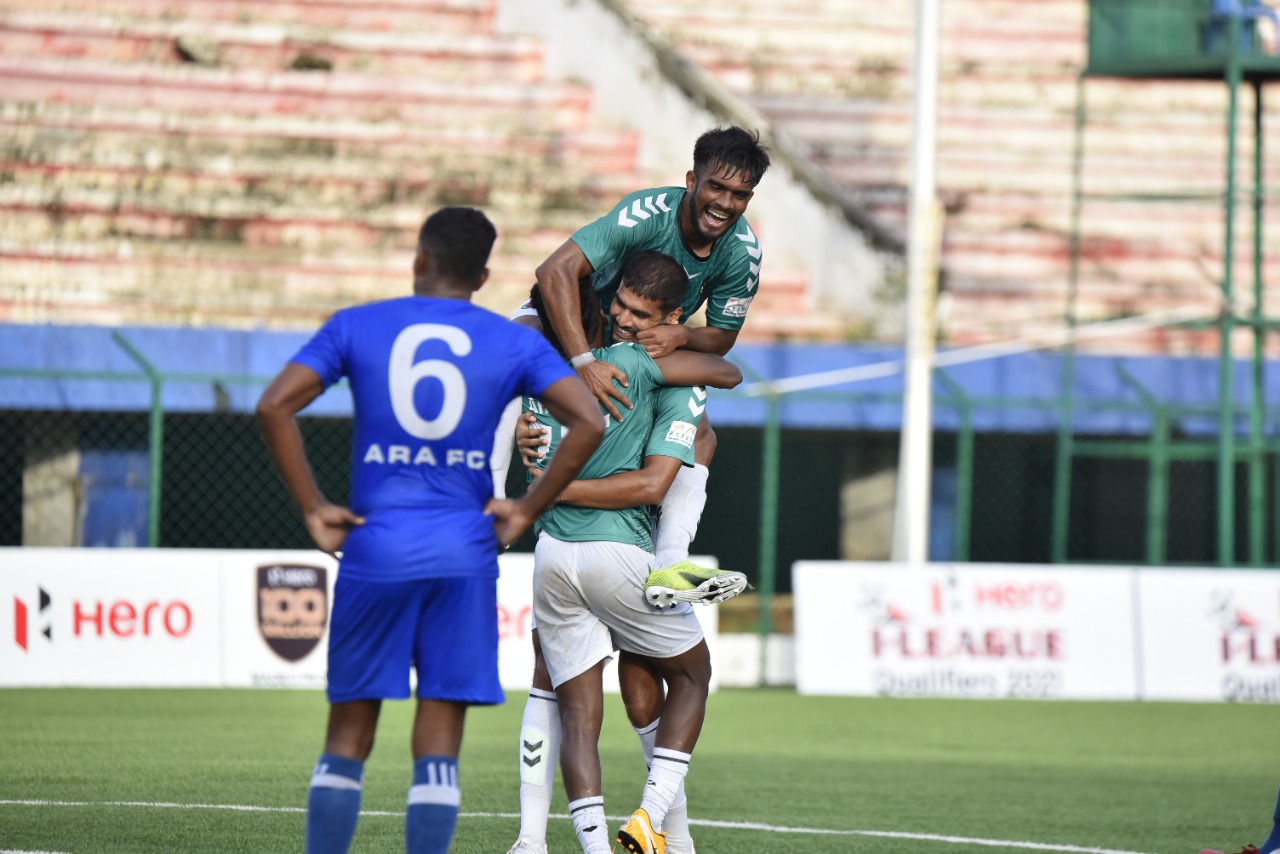 Bengaluru: Kenkre FC on Saturday puts an end to ARA FC’s hopes of making it to the Hero I-League as they handed a 2-1 defeat to the team from Gujarat in the Pool B encounter here at the ongoing Hero I-League Qualifiers. It was goals by Azfar Noorani in the 14th minute and Yash Mhatre’s strike in the 67th minute that ensured Kenkre FC successive wins in Pool B.

They had registered a sensational 2-1 win against Kerala United in their opening match of the group. Meanwhile ARA FC opened their campaign this year with a 1-1 draw against debutants Corbett FC and in their second game lost 0-3 to Delhi FC who have displayed rampaging form in the Qualifiers so far with two fantastic wins from the two matches they have played so far.

In today’s game, although it was ARA FC’s Hamiddu who created an early goal scoring opportunity in the 9th minute of the match, with a shot on target, he couldn’t quite tap the ball in. But in the 14th minute, Kenkre FC strikers made little error when they worked in tandem to set-up a splendid goal to take a strong 1-0 lead in the game and put ARA FC under pressure early in the game. 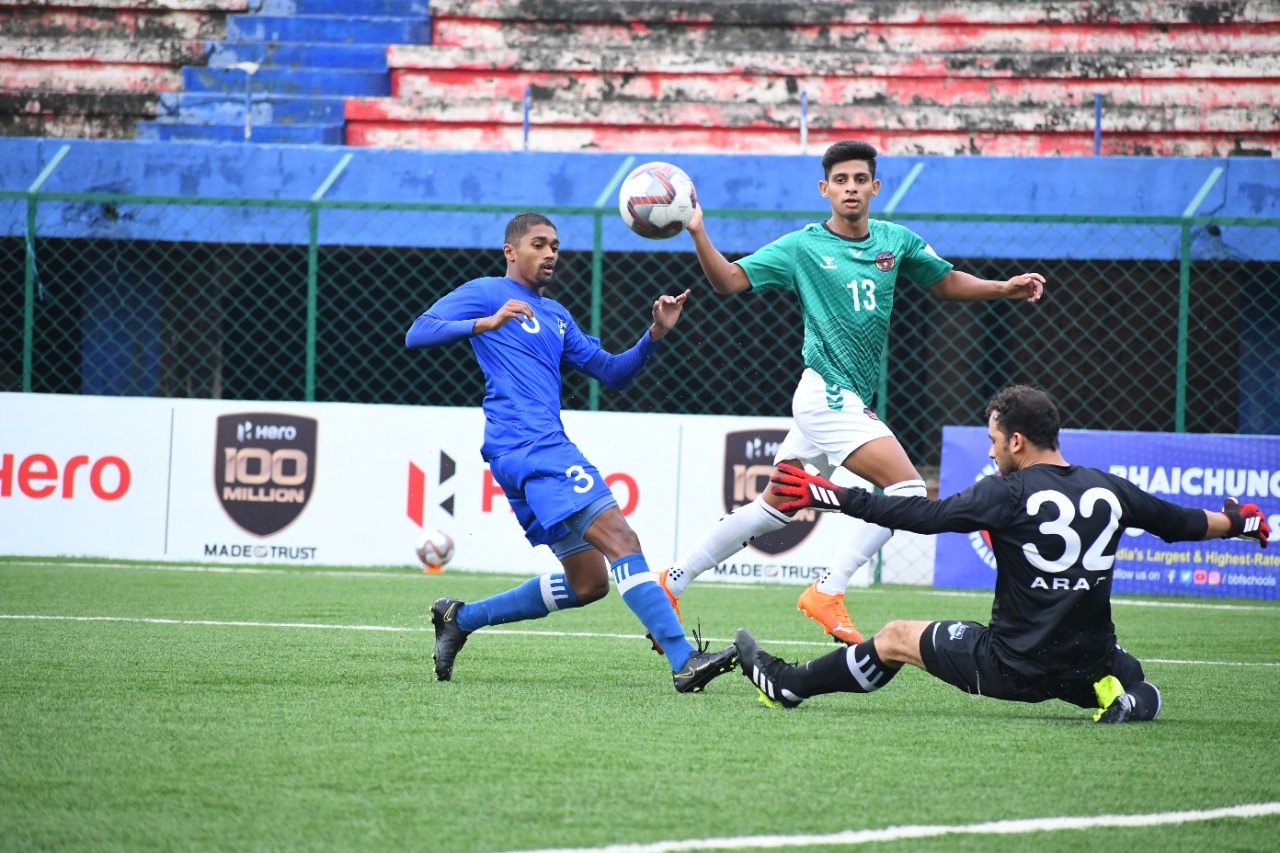 It was Ranjeet Singh Pandre who did well to control the ball and make an accurate cross pass to Azfar Noorani. Azfar showcased good control with the ball and he took a successful shot on goal with a powerful strike leaving no room for the ARA FC goalkeeper Shubham Rajeshkumar Chauhan to stop the ball.

With an early lead giving them the right fire power to enhance their attack, Kenkre FC looked to find gaps in ARA FC’s structure as they desperately hunted for another goal to double their lead. Though they created a fine opportunity to score in the 23rd minute, they could not capitalize.

In the following minutes, both teams looked to lower the tempo and showcased some scrappy play in the midfield and also engaged in poor passing. Neither seemed to play to structure and struggled to create any potential goal scoring chances.

However, in the 44th minute Jenishsinh Rana assisted Suarabh Maheswari with a fine pass from the midfield. Maheswari then struck a powerful shot on goal but Kenkre FC goalkeeper Tenzin Samdup came up with a brilliant save to keep his team in the lead at half-time.

ARA FC Coach Vivek Nagul would not have been pleased with his team’s missed chances even though their stats showed that they were better placed in terms of ball possession. But could not do much to finish it off with goals.

Kenkre, on the other hand, came back in the second half with better discipline and structure in their attack. The strategy worked in the 67th minute with Yash Mhatre striking a fine goal to take their lead to 2-0. 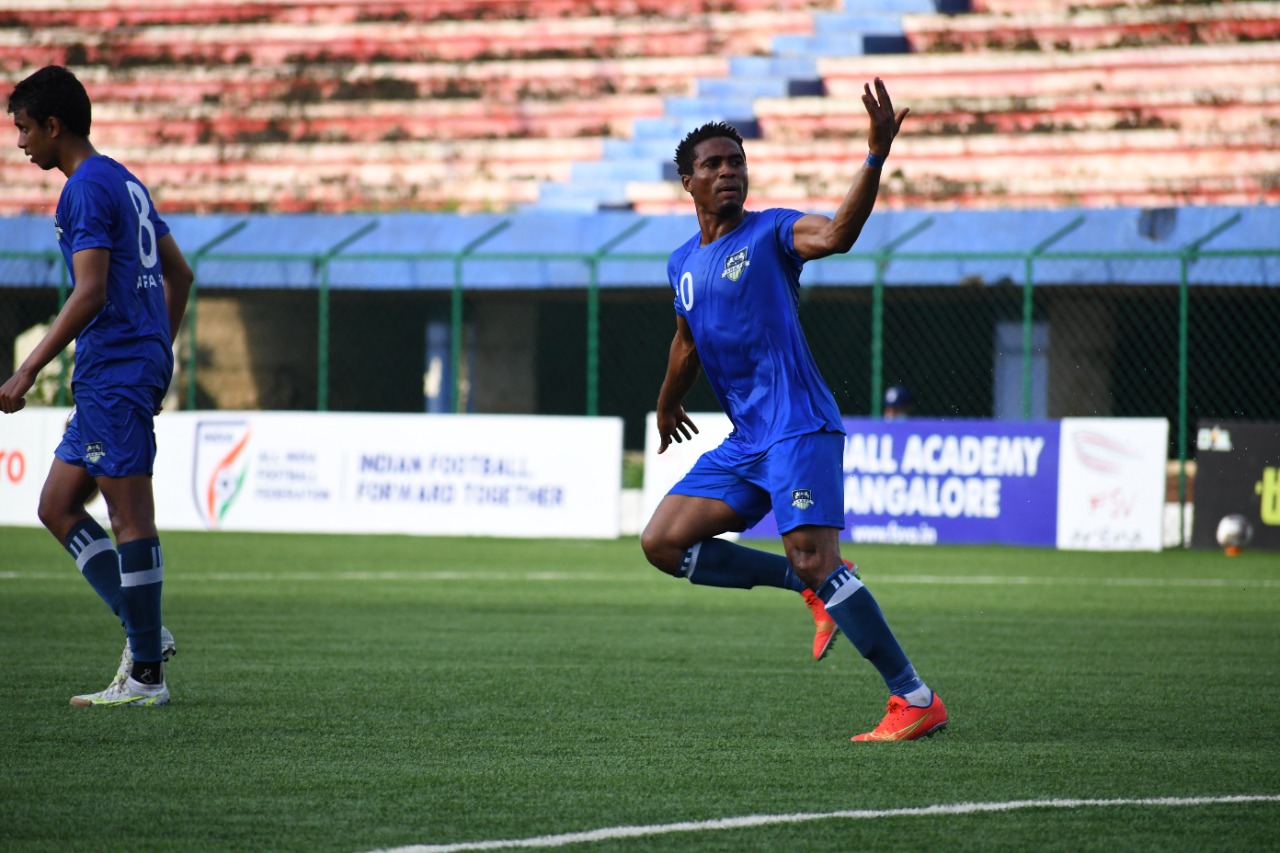 Though ARA FC tried desperately to make a comeback in the dying minute of the game with a goal in the 70th minute by Dahir Bala Alhassan, it wasn’t enough to stop Kenkre from romping home to a fine victory and adding three more points to their kitty.