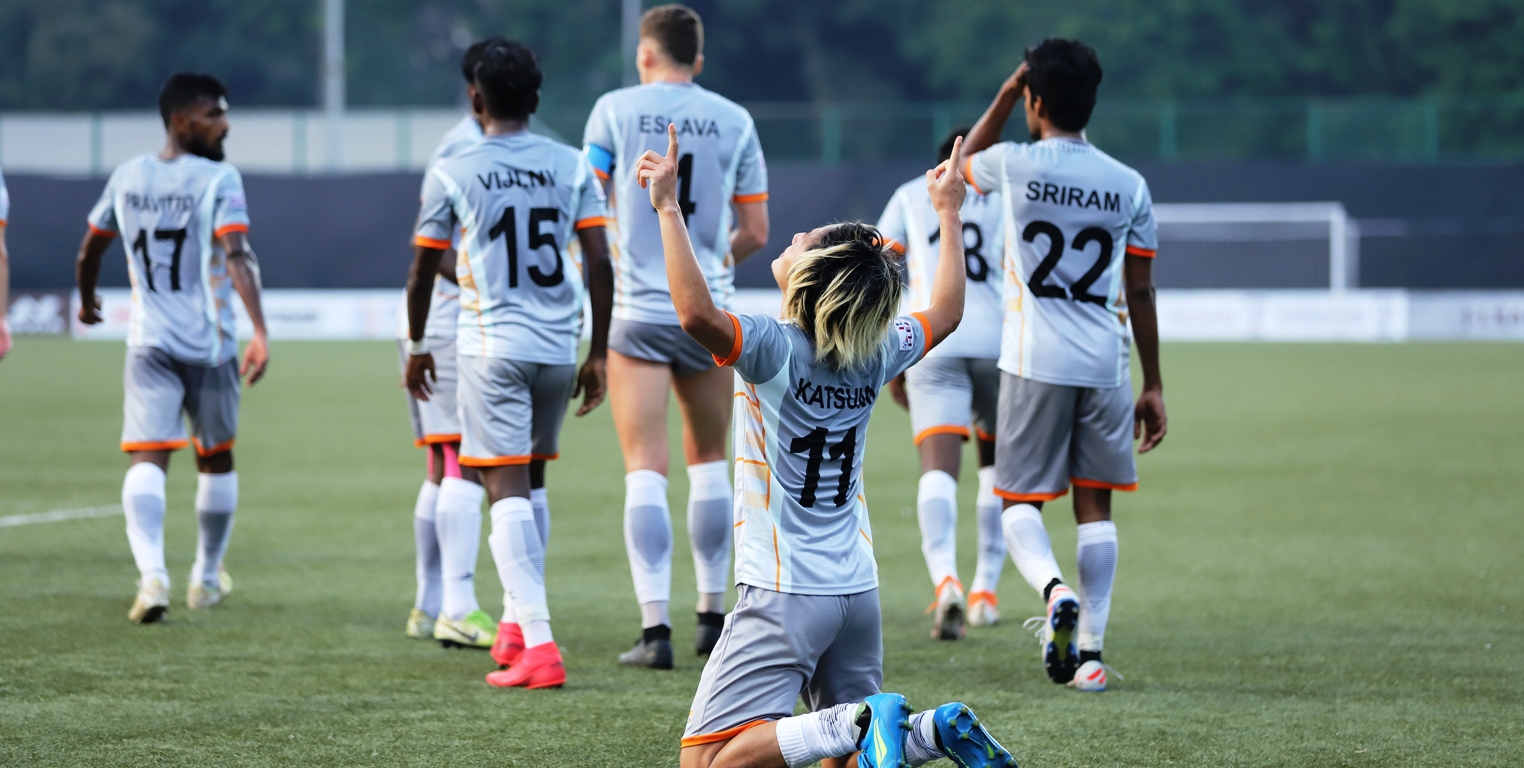 Mumbai, February 28, 2020: Thanks to two goals from Fito Miranda and Katsumi Yusa apiece in quick succession, Chennai City garnered another three points against Indian Arrows at the Cooperage Stadium in Mumbai today (February 28, 2020). With this win, Chennai City will now go third in the points table with 19 points from 14 games. Indian Arrows, on the other hand, remain at the 11th spot with eight points from 14 matches.

The match started slowly as none of the teams were able to conjure a strong attack. Chennai was dominating the possession but the possession didn’t result in a goal-threatening chance. Chennai ended the half with a ball possession of 65% but to no avail. In spite of having a lower possession, Arrows were able to create closer chances but their inexperience cost them.

The most exciting moments of the game came in the dying moments of the half. Sriram B came up with a shot from long distance which drew a flying save from Samik Mitra in the 43rd minute. Followed by that, during the added time, Nikhil Raj pulled the trigger from inside the box but the Chennai keeper was up to the task and made an easy save.

The first half ended with both teams locked at 0-0.

The play resumed and it was Chennai who drew the first blood. In the 48th minute, a low left-foot strike by ‘Fito’ Miranda zipped into the back of the net and gave the visitors the upper hand.

It was not too late when Chennai again got the better of the young Arrows. It was again ‘Fito’ Miranda, who started the attack from the centre of the field, to help his team shift gears to turn a relatively simple move into a deadly attack.

With the clock striking 60 minutes, Fito found the Jockson Dhas on the right flank and he came up with a beautiful cross into the box. The cross found an unmarked Katsumi Yusa, who tapped the ball into the back of the net for the second goal.

Chennai then looked to run down the clock and for the large part they succeeded as well but in dying moments of the match, Arrows got a chance and the onus was on Vikram Partap Singh as he was through on goal, but his lobbed shot went over the goal post. Soon after, the referee blew the whistle and the match ended 2-0 in favour of Chennai.

Nauzet Garcia Santana from Chennai City FC walked away with the Hero of the Match Award for his splendid show in front of the goal in the first half.