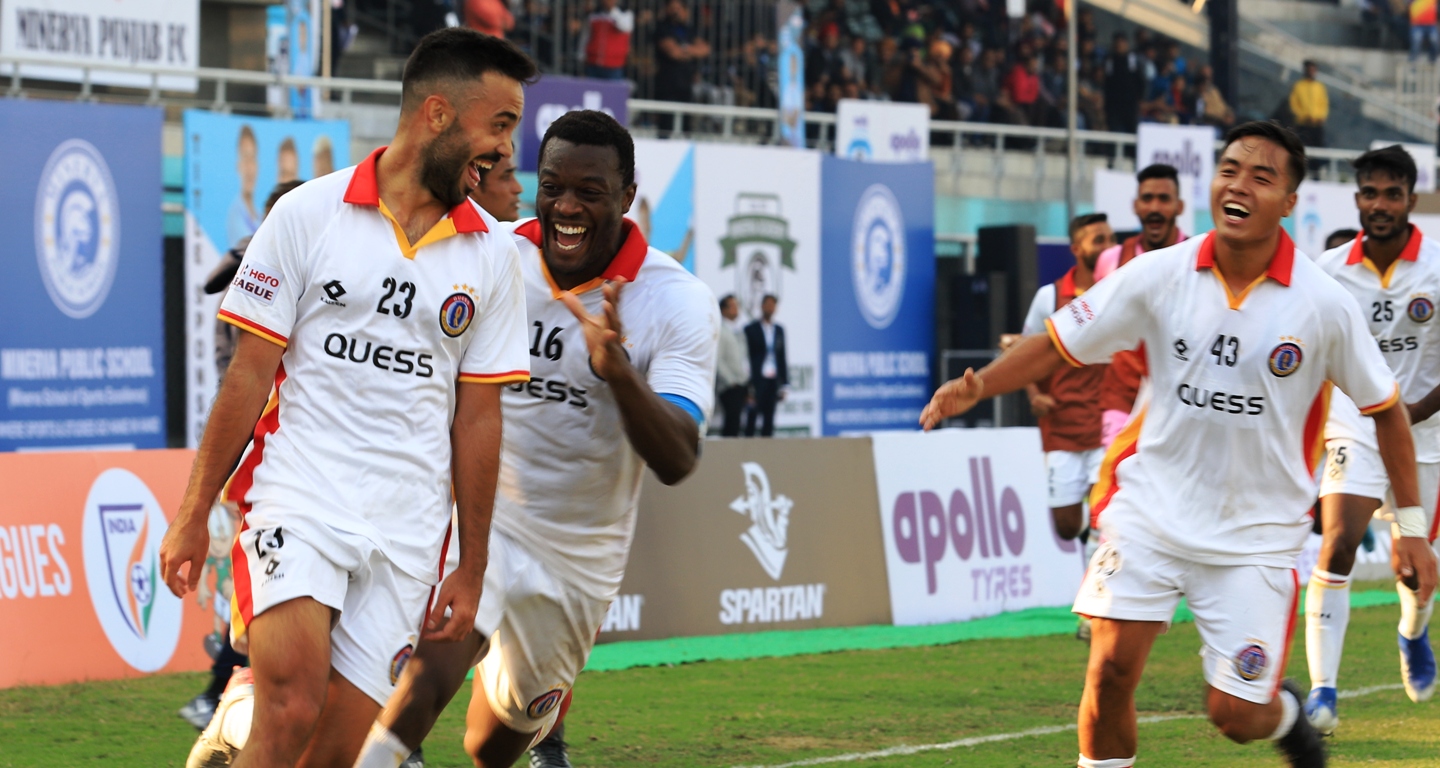 Ludhiana, December 7, 2019: Punjab FC earned their first point of the season, as they frustrated and held Quess East Bengal (QEB) to a 1-1 draw at the Guru Nanak Stadium, Ludhiana today (December 7, 2019).

The hosts succumbed to a 3-0 defeat to Churchill Brothers FC Goa in their opening match of the season, which prompted head coach Yan Law to make a host of changes. Kiran Kumar Limbu started in goal ahead of Bhaskar Roy. Samuel Shadap slotted into the backline in place of the suspended Anwar Ali. Punjab captain Sanju Pradhan retained his place in the line-up with Bali Gagandeep getting the nod upfront, starting with Aser Dipanda Dicka.

QEB coach Alejandro Menendez Garcia named a largely unchanged line-up from his side that drew 1-1 at home against Real Kashmir FC, with the only change being Samad Ali Mallick starting in place of Kamalpreet Singh in defence.

The opening minutes of the match showcased a cagey affair between the two sides. QEB pressed hard from the get-go and had better exchanges and opportunities in the final third.

QEB had a golden opportunity to take the lead in the 10th minute when Pintu Mahaha delivered an inch-perfect cross into the box for Jaime Santos Colado, who was completely unmarked. The Spaniard triggered a shot from point-blank range, but it was kept out brilliantly by the outstretched legs of Kumar Limbu in the Punjab goal.

In the 13th minute, however, it was Punjab who took the lead, after Danilo Augusto headed in from Sanju Pradhan’s free-kick, completely catching the Quess East Bengal defence off guard.

The Red and Golds tried making inroads and pushed for an equaliser but it was Yan Law’s side who held on, as Punjab went in at half-time, a goal in front.

The second half started in the manner the first half had ended in, with either side struggling to find a definitive breakthrough.

Punjab kept defending in compact spaces as East Bengal struggled to penetrate through the final third, often finding it difficult to get out of their own half.

The equaliser did arrive when in the 84th minute, Juan Mera took a seemingly speculative attempt on goal from outside the box and the Spaniard was rewarded as his effort found the back of the net to make it 1-1.

The visitors rode on curtails of their equaliser and raised the tempo of the game. Just two minutes later, Espada had a go on goal with a pile driver from about 25 yards out, but it sailed over the crossbar.

Quess East Bengal continued to push for the second goal, but it turned out to be elusive on the day, as Punjab held on to register their first point of the season.

Danilo Augusto of Punjab was declared the Hero of the Match.