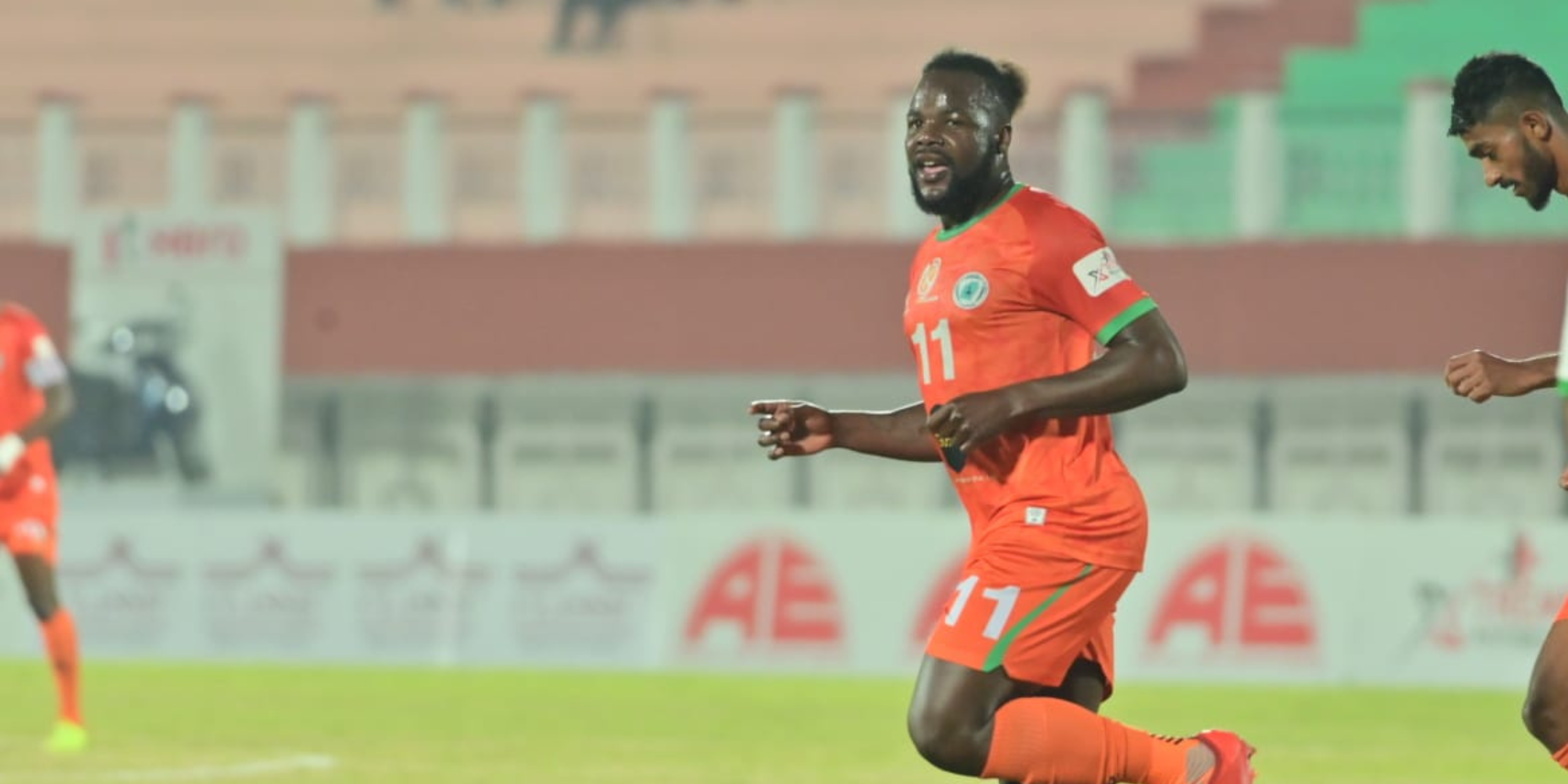 IMPHAL: NEROCA FC registered their second consecutive win in the Hero I-League 2022-23 when they defeated Aizawl FC 2-1 at the Khuman Lampak Stadium on Saturday, January 21, 2023.

In a game in which all actions unfolded in the second half, the visitors, Aizawl FC, took the lead early in the second half through a well-executed free kick taken by R Lalthanmawia. However, the hosts came out strong and scored two goals in a span of six minutes. While Mirjalol Kasimov volleyed in the equaliser, a scintillating strike from Jourdain Fletcher fetched NEROCA FC full points.

The first 45 minutes of the game was a monotonous affair with the ball moving from one end to the other with neither of the two teams showing any sense of purpose and urgency.

The first real chance of the game came in favour of the visitors in the 18th minute when Lalchhanhima Sailo passed the ball for Henry Kisekka, who failed to get the better of Soram Poirei as the NEROCA custodian managed to collect the ball in his second attempt.

The hosts came close to scoring nine minutes from the half-time. Sweden Fernandes took a powerful shot from the right, but he could not beat Aizawl goalkeeper Lalmuansanga. 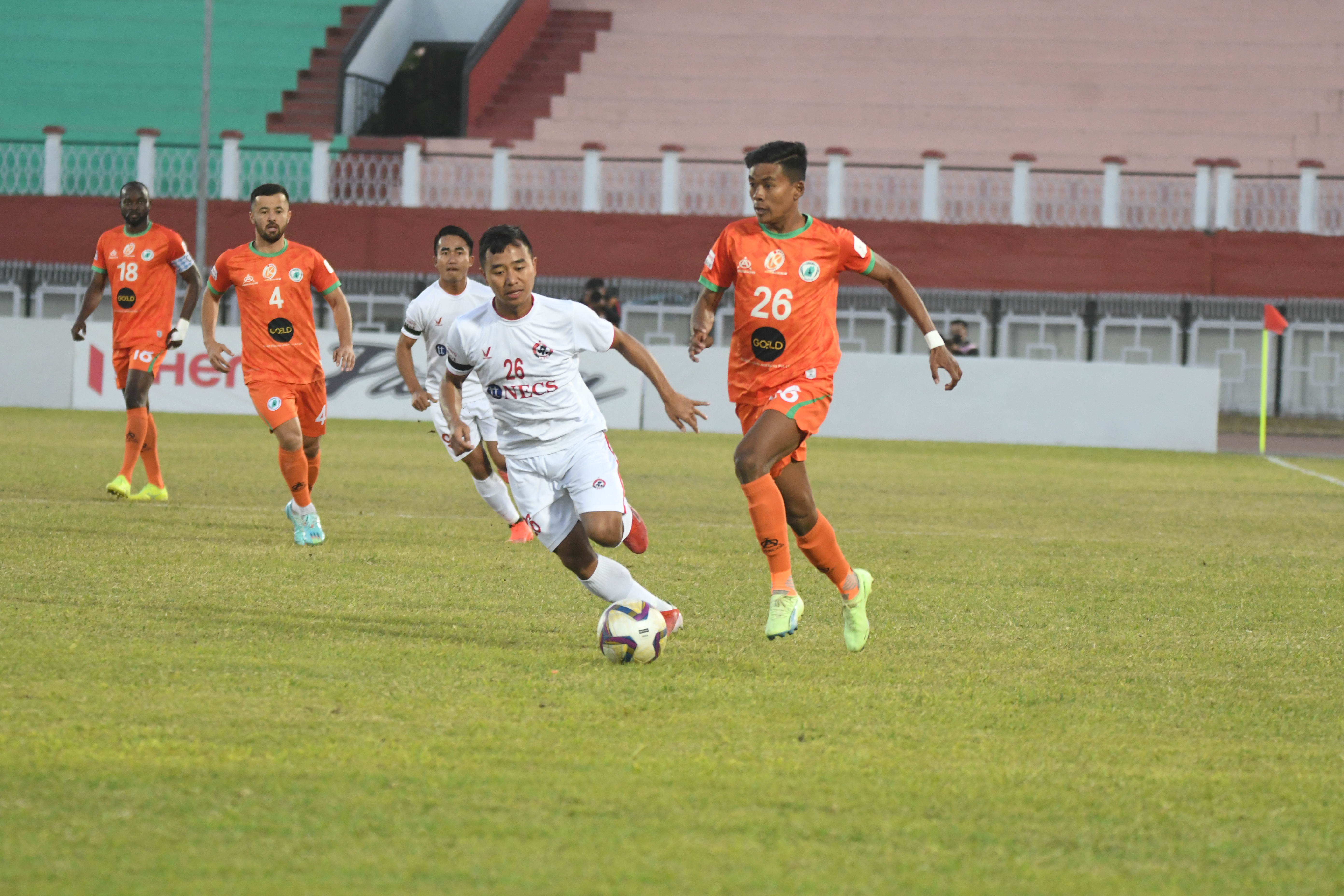 In the second half, NEROCA’s Jourdain Fletcher and Rakesh Singh Meitei attempted long rangers at the rival goal but failed to keep them on target. On another occasion, Fletcher gave a neat pass to Fernandes, who was close to scoring only to be denied by a flawless tackle from Aizawl’s Akito Saito.

In the 56th minute, Matias Veron won a free kick from around 30 yards from the goal. R Lalthanmawia took the free kick and deceived Poirei as the home custodian failed to stop the shot from going into the corner of the net.

After conceding the goal, NEROCA head coach Khogen Singh introduced three changes as the Orange Brigade made every effort to cancel the lead.

In the 76th minute, a weak header from R Ramdinthara landed on the edge of the penalty area and Uzbek Mirjalol Kasimov took a volley that bounced in front of goalkeeper Lalmuansanga before going into the back of the net.

With just eight minutes of regulation time left, Fletcher again charged towards the goal and then the Jamaican launched a stunning shot that ended in the bottom corner of the goal with Lalmuansanga having no chance at saving it.

After getting into the lead, the hosts displayed a cautious approach. However, the game ended in a dramatic fashion. Three minutes into the injury time, substitute Yumnam Singh cut inside from the right to take a shot from the edge of the 18-yard area. He managed to beat the goalkeeper Lalmuansanga but unfortunately was denied by the crossbar.

Two minutes later, on the other end, the goal scorer Lalthanmawia crossed the ball from the right. However, Ramdinthara failed to tap it into an open goal.