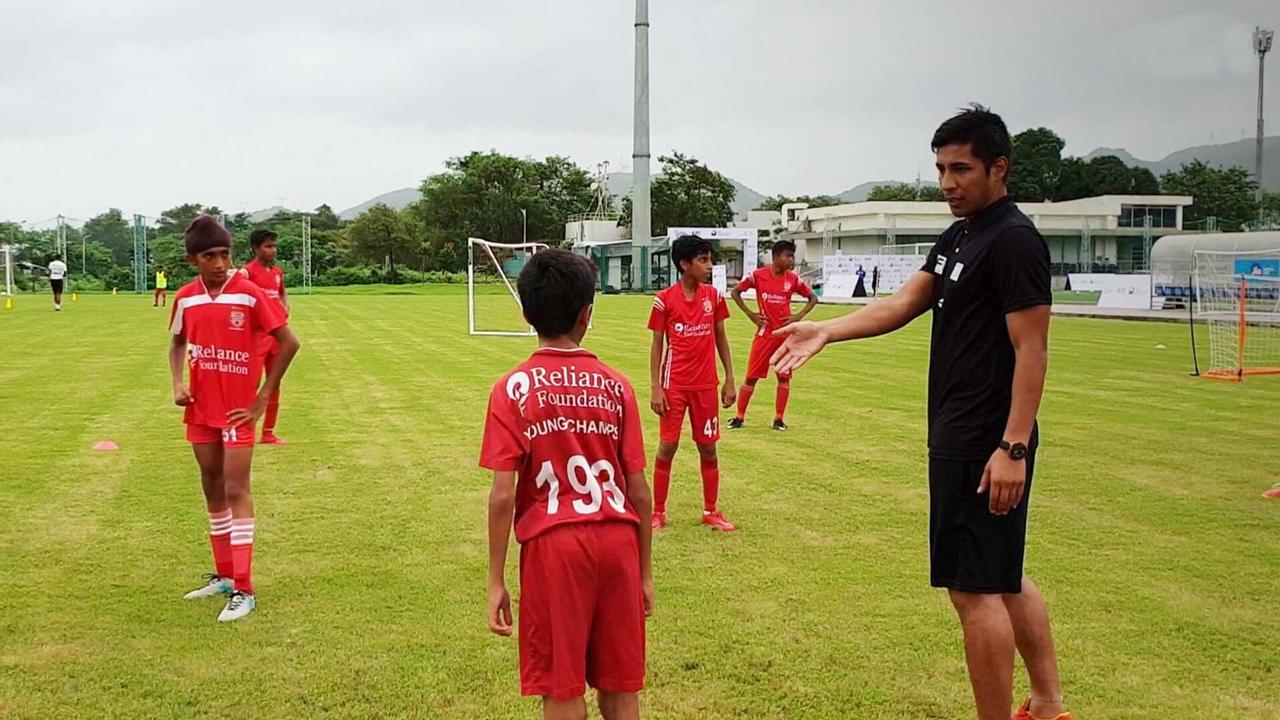 New Delhi, May 17, 2019: After a distinguished career as a player for club and country, former India international Arata Izumi is now rearing the next generation of talent as a coach for the Reliance Foundation Youth Champs, who are now in the last four of the Hero Sub-Junior League 2018-19.

“As compared to a few years ago, the situation at the grassroots level has changed in a positive direction significantly,” said the ex-midfielder. He continued, “India has realized the importance of youth football and coaches nowadays are very serious about player development and getting the youngsters prepared for the future as soon as possible.”

When asked about the quality of talent he has seen as a coach at the base, Izumi went on to say that the level is much better than his playing days. “The players now are better than what we were at the same age,” he mentioned.

“Earlier, it was all about listening and following your coaches. But if you see now, the boys have their ideas as well and are fearless to execute them on the pitch. There has been an improvement in both technical as well as physical aspects, with the new generation of coaches focusing on the same and many other ex-players also coming in as coaches.”

The RFYC side will face Bangalore Youth Football League in the semifinal on Monday and will come into the clash high on confidence, having won all their eight zonal round matches and scoring 52 goals in the process, before picking up nine points out of nine in the final round to secure their semifinal berth.

Talking about his team, Izumi said that they are confident of going all the way and lifting the title. “We have a really balanced side, with quality players in defence, attack and midfield. Most importantly, we play as a team with mutual understanding and good communication – both on and off the pitch. The last two matches will be tough no doubt but we are positive that we can win the trophy,” he opined.

One of the most important players for the RFYC side has been skipper Narendra Naik, who hails from Goa and leads the side from the heart of the defence. “Football is my life, I have been playing the sport since I was 3,” said the 14-year-old.

He added, “I got inspired as a youngster watching my uncle play and now, my aim is to play for the India U-17 team in the coming years and even captain them. In this tournament, we’re all pumped up ahead of the semifinals. We will continue working as a unit and hopefully, emerge victoriously.”