In Kashmir, football is the great leveller 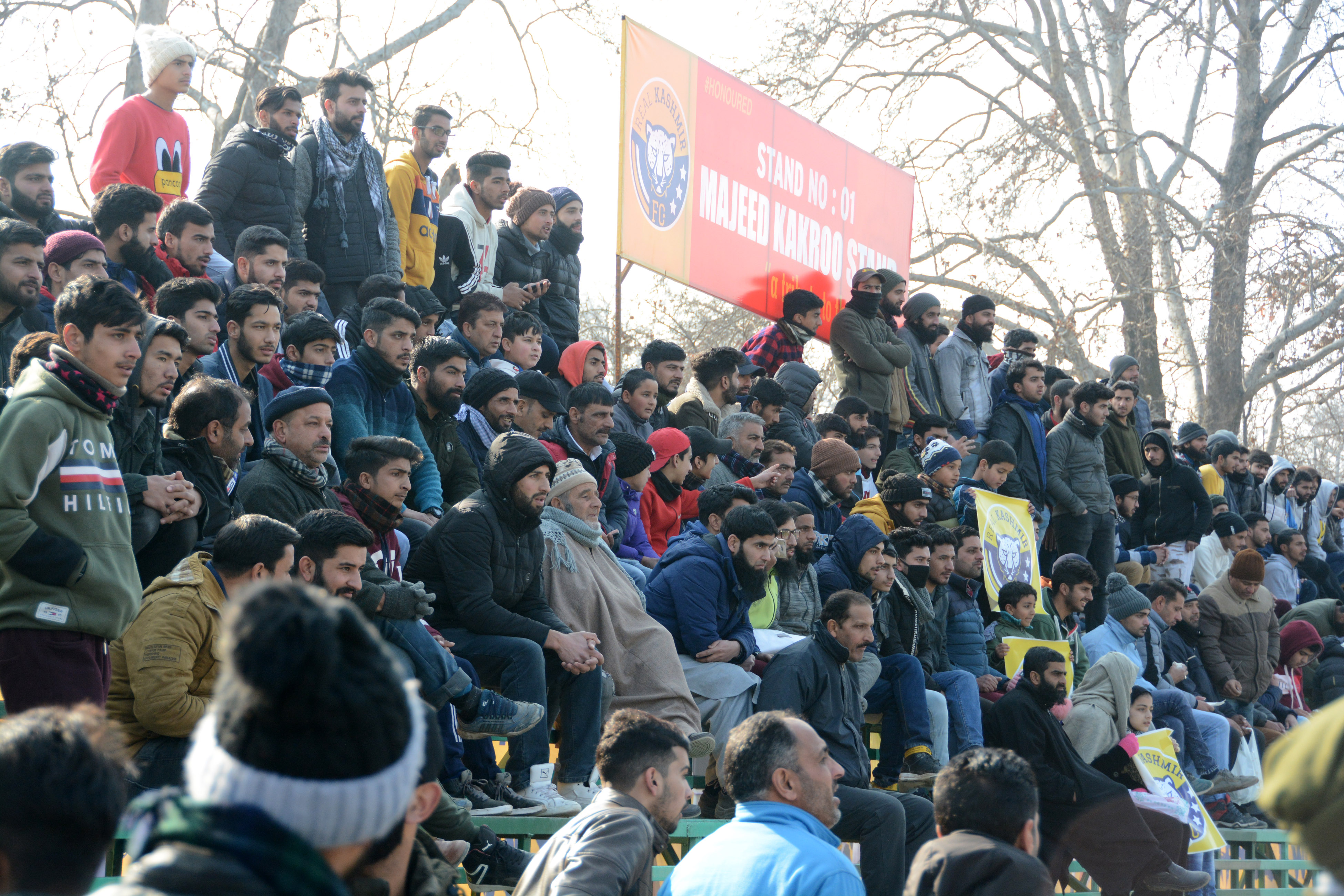 NEW DELHI: The Hero I-League made its much-awaited return to Srinagar after a gap of 323 days – with a new season starting over and a lot of changes taking place in the region in that period of time. However, what remained constant was the love and passion for the ‘beautiful game’ and home team Real Kashmir among its fans.

But even as the home team prevailed 2-1 over defending champions Chennai City FC, for Real Kashmir FC co-owner Sandeep Chattoo “organising it for the spectators was a grander feat than the home side picking up the three points.”

“We had to be cautious about the crowd control given the magnitude of the match. 6,000 people coming in and assembling for the first time in Kashmir in a long time is a big achievement, perhaps even more than winning the game,” he smiled.

The club’s emergence has rekindled the region’s endearment towards football, with the previous season seeing fans pack the TRC Ground every time the Snow Leopards prowled onto the pitch, and create an atmosphere that propels their team to go above and beyond.

Among the audience was Inayat Malik, a young local businessman who has been a Real Kashmir supporter from the very start. Explaining the ‘connect’ between the football club and the supporters, he said: “Every parent in Kashmir wants their child to play for Real Kashmir FC. People here are crazy about the club. Last year, the team’s performance was very good and the stadium used to be full with so many people standing outside as well.”

“I started following the club when they were just a local side and had not even joined the Hero 2nd Division League. No one had even imagined that they would grow at such a pace and become one of the top teams in India,” he grinned. “So many people came to watch the Chennai City game. Students, ladies and even full families are coming, which shows the passion among the people here.”

The passion was on full display when local hero Danish Farooq headed home the opener for Real Kashmir against Chennai in the 22nd minute. Hailing from Srinagar himself, he has been an integral part of the club’s rapid emergence that has seen them win the 2017-18 edition of the Hero 2nd Division League in just their second attempt and then finish third in the 2018-19 Hero I-League with the league’s best defensive record in what was their debut season.

‘Apna Danish’, as he is affectionately called by doting local fans, termed the club’s fans as the “best in the league” and mentioned that seeing the joy on their faces is something the whole team loves.

“We are always very eager to play at home. Through our football, we try to bring happiness to our fans. They are certainly the best in the league and they fire the entire team up before games!” Danish exclaimed.

With the result, Real Kashmir are now unbeaten in their first three games in the league with five points to their name. Expectations from the team are high this season after last campaign’s performances and the addition of some new players in their ranks. Head coach David Robertson credited the support from the stands as a vital factor and wants to keep building on it as the campaign moves forward.

“The first half against Chennai City was the best 45 minutes we’ve played since I’ve been the coach here. We are extremely excited to play at home. The supporters and players were eager to get going and we knew they would back us and inspire us on,” he stated. “We have improved from last season – we had four points from our first four games and we have five in three now – and we hope to keep going building on it.”

Real Kashmir’s next game sees them host Kolkata giants Mohun Bagan on January 5 and the match promises to be a real treat. Adding to the spectacle will certainly be the home supporters, who are expected to turn up in huge numbers – be it sun, rain or snow.