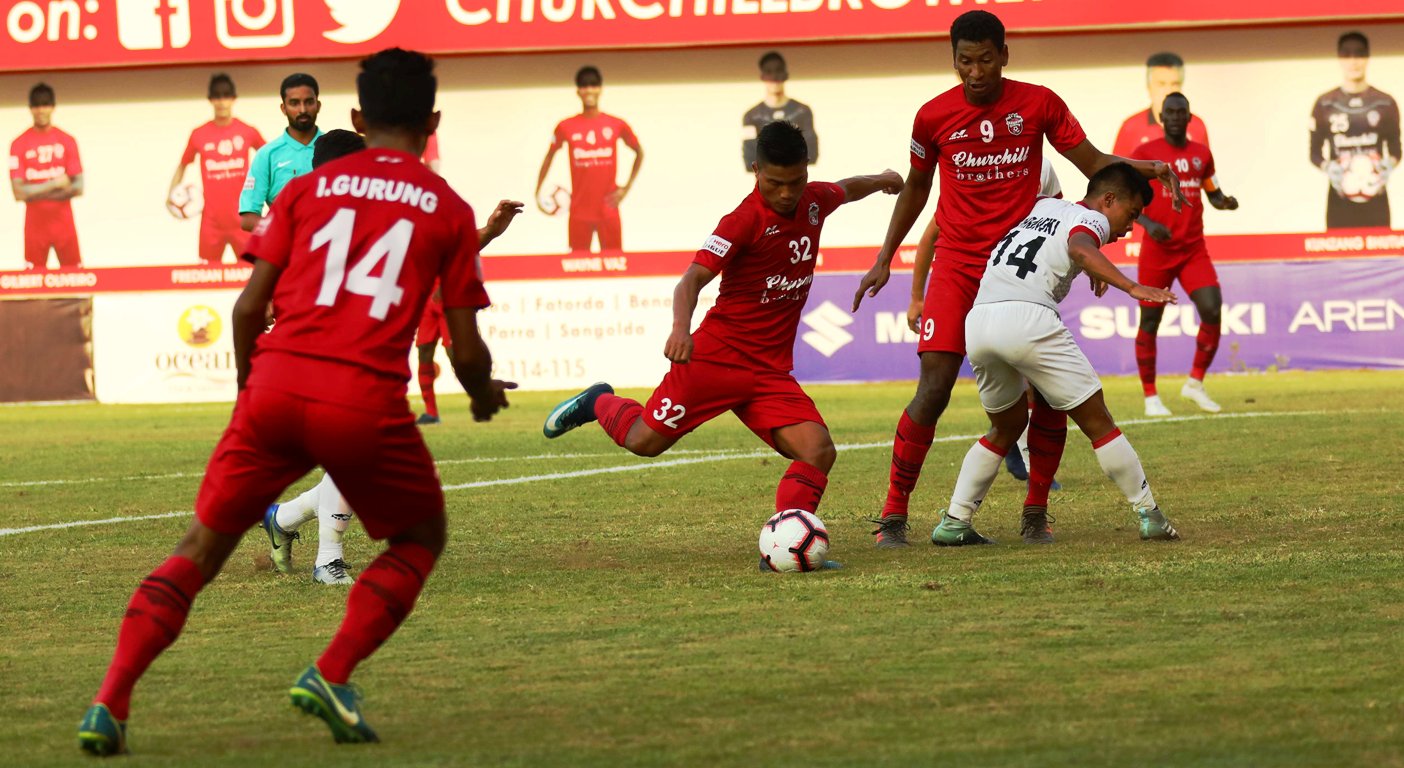 Goa, December 8, 2018: An in-form and unbeaten Churchill Brothers FC Goa will take on former champions Aizawl FC at the Tilak Maidan in Vasco Da Gama, Goa, on Sunday, December 9, 2018. While Churchill will look to close the gap with table-toppers Chennai City with a win at home, Aizawl will look infuse more consistency in their 12th Hero I-League campaign, which has largely flattered to deceive. The game beings at 5 PM IST.

Churchill Brothers have been having a successful campaign so far, coming away unscathed from some tough games and scheduling in the initial phases to lie in fourth place with 10 points from six games. A win on Sunday would leave them just four adrift of Chennai and make the two-time former champions, their most serious challengers.

The visitors, on the other hand, have blown hot and cold with some impressive performances interspersed with very ordinary ones and coach Gift Raikhan will have his task cut out against a rampaging Churchill frontline spearheaded by Trinidadian Willis Plaza and Gambian Dawda Cessay.

The duo has accounted for eight of Churchill’s 10 goals so far and Plaza heads the league highest scorer charts with six to his name. The quality of finish in the last three games, in particular, is what will give Raikhan headaches.

The home side also has a solid defence with Serbian Nenad Novakovic, Libyan Hussein Eldor and Wayne Vaz dishing out virtuoso performances game after game and with Israel Gurung and Khalid Aucho in midfield, Romanian coach Petra Gigiu seems to have all his bases covered.

Gigiu, in the pre-game chat, saying, “Tomorrow we expect to win the match. Every game is different in its own way but we will play 100%. We lost points but we are ready to face Aizawl. I like to win every match, so does everyone. I am satisfied with the team and their performances. We haven’t played too many games so far. We need to play more and get accustomed to the league.”

Gift Raikhan, on the other hand, has major defensive worries, having leaked as many as 11 goals in seven games so far which is primarily responsible for their current ninth position. Nigerian Kareem Nurain leads it but has not been available enough to influence an otherwise inexperienced defence line. Aizawl’s front men have been much better though with Zikahi Dodoz, Mapuia and Kromah all being among goals.

Raikhan acknowledged the challenge on Sunday saying, “We are not getting good results though we are playing good football. Tomorrow it will be tough. Churchill is a very good team and they beat Mohun Bagan but we are confident. We are positive but in football, we cannot predict. Their attack is very good, especially Plaza.”

The game promises to be a keenly-fought contest given it can boost Churchill’s title chances significantly and for Aizawl, a loss might mean no getting back.