‘Imphal Derby’ will be a treat for football lovers across India: NEROCA’s Siam Hanghal 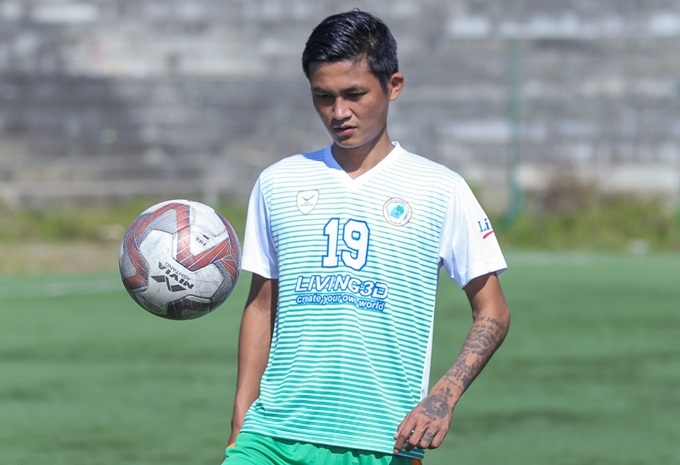 New Delhi: After a sixth-place finish in the previous edition of Hero I-League, NEROCA FC will be looking to go all guns blazing as the new season of the Hero I-League gets underway on November 30, 2019. The Gift Raikhan-coached side has brought in a number of experienced players — both Indian and foreigners — for the latest campaign, one of them being midfielder Siam Hanghal, who is a two-time league champion with Bengaluru FC in 2013-14 and 2015-16.

“Playing in the Hero I-League was the turning point of my career, certainly,” Hanghal said, before adding, “It has helped me improve by leaps and grounds, and has made me tough. I know what it takes to come out on top in the I-League, where each game is a challenge and the competition is so intense.”

The 26-year-old has played in clubs across the country and the upcoming season will the first time the Manipur-born Hanghal will be wearing the colours of a club from his home state, which he termed as a “motivating factor”.

He mentioned, “It’s good to be back in Manipur. It’s a really big thing for me and will be a new look challenge to look forward to. Everyone knows the passion for football in the north-east and I am sure playing in front of the home fans will motivate all the players to give their best.”

For the first time, fans in Manipur and across India will witness the ‘Imphal Derby’ after the promotion of Tiddim Road Athletic Union Football Club (TRAU FC) to the Hero I-League. According to Hanghal, the fixture is something the whole team is looking forward to.

“The derbies against TRAU FC will be two of the most important matches of the season. They are also building a strong team and all of us are looking forward to playing against them. I’m sure it will be a treat for football lovers in Manipur as well as the whole of India,” he exclaimed.

NEROCA have signed a number of quality foreign players for the upcoming campaign such as Trinidad & Tobago goalkeeper Marvin Phillip and Mali midfielder Boubacar Diarra – both of whom have represented their respective national teams at senior level.

“The foreigners in the team have been gelling well and are all high-quality players who will certainly have a major role to play over the course of the season. The Indian players in the side are relatively young and it is up to me and the other seniors to guide them and lead by example,” Hanghal explained.

The midfielder also spoke about the team’s objective for the upcoming season, saying, “The pre-season went well and all of us have been working hard ahead of the start of the league. We have a lot of talented players and hope to finish in the Top 3 at the end of the season.”

NEROCA will be in action on the opening day of the new campaign as they travel to Kozhikode to face Durand Cup winners Gokulam Kerala FC at the EMC Corporation Stadium. The match will kick-off at 7 PM IST and can be watched live on DSport.