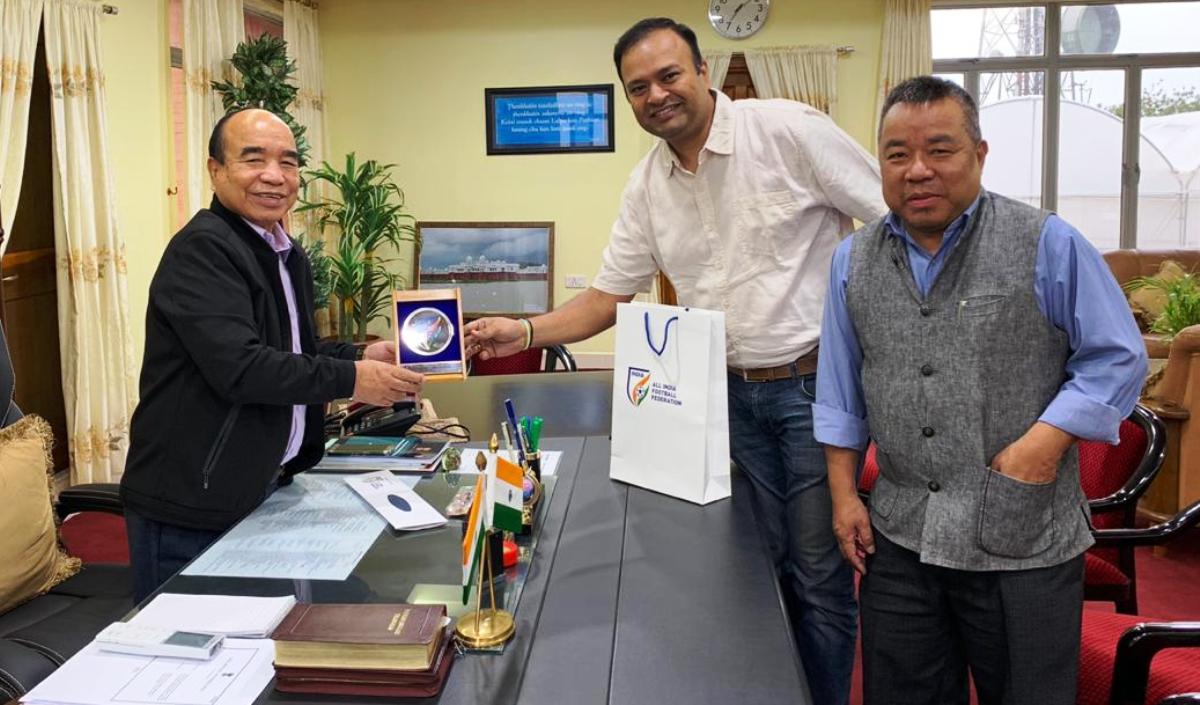 “We had a very fruitful meeting with Shri Zoramthanga who is an ardent supporter of football, let alone sports. We had an extensive discussion and he has requested the All India Football Federation to extend technical help towards Mizoram to improve football as well as futsal in the state,” Dhar stated.

“Aizwal FC has played a crucial role in promoting Mizoram football and Shri Zoramthanga praised the Reds for their display,” Dhar added further.

Robert Royte who is also the chairman of Aizawl FC thanked the Chief Minister for his passion towards sports.

“Our Hon’ble Chief Minister Shri Pu Zoramthanga is very enthusiastic about sports. We can certainly say that major changes will happen in the field of sports infrastructures and promotional activities in Mizoram.”

Dhar further informed that 10 football fields (6 full-size artificial turfs and 4 futsal pitches) are being built in and around the capital city of the state to further popularise football in the state.

Installation of floodlights (1300 lux) at Rajiv Gandhi Stadium, the home stadium of Aizawl FC, is in full swing and will be completed before the next season of Hero I-League kicks off.