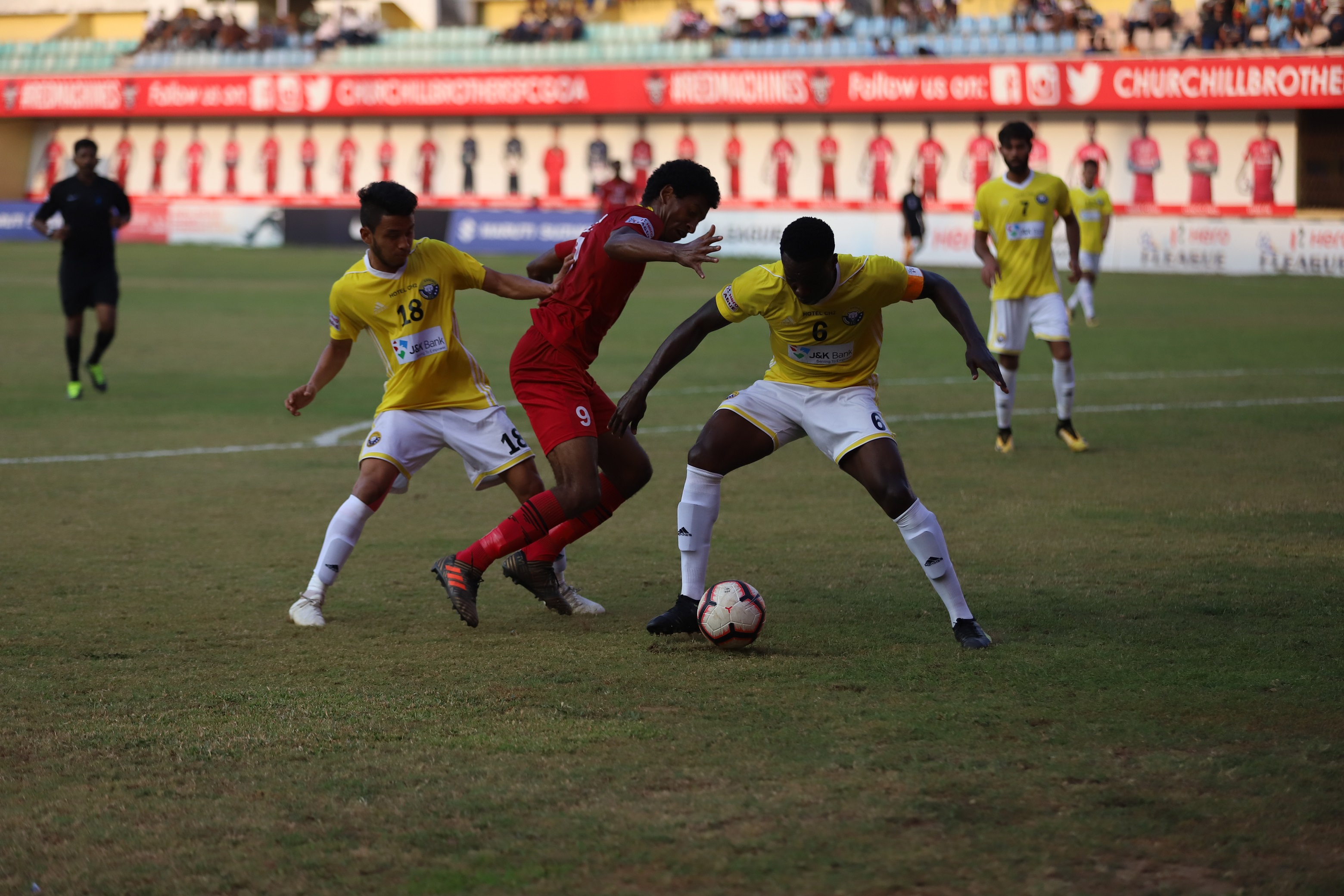 New Delhi, March 8, 2018: It is D-Day for the 12th Hero I-League, but come Saturday, March 9, 2019, the first battle to be played will be for the third spot and in the hills of the North-East, arguably India’s football capital today. Two games beginning simultaneously at two venues at 2 PM IST – one at Imphal’s Khuman Lampak stadium between local side Neroca FC and debutants Real Kashmir FC, and the other at Aizawl’s Rajiv Gandhi Stadium between hosts Aizawl FC and Goan giants Churchill Brothers FC might see the league’s third place decided at the end of 90 minutes.

The larger battle across the two games is really between Churchill Brothers and Real Kashmir. The Goans are placed third currently with 34 points and will be ending their league campaign on Saturday.

Kashmir are a point behind in fourth, but with a re-scheduled game in hand against Minerva, will know that if they win on Saturday and Churchill do not, the third spot is secure and that would still qualify as a stupendous effort on debut.

It will certainly not be easy for the David Robertson-coached ‘Snow Leopards’, given Neroca are a proud team and are very strong at home, where they have lost only once in this campaign to Quess East Bengal, that too in their very first game over four months back.

Even in the first round clash at the TRC ground in Srinagar, Neroca ran out 2-0 winners over Kashmir, courtesy a brace by their premiere Nigerian striker Felix Chidi, who has found the back of the net seven times this season.

Kashmir have not won in three games, have been criss-crossing the country over the past 10 days and given the strength of their opponents, are in for a lot of hard work to cement third-spot on Saturday.

Churchill, on the other hand, will feel more confident if they can jog their memories back to the first-leg fixture between the two sides at the Tilak Maidan in Goa, where a rampant home side had overwhelmed Aizawl 4-1.

Under new coach Stanley Rozario however, Aizawl are a transformed and inspired side. They have picked up three wins in the last four matches and with the added incentive of finishing a spot above their current eighth position following a good result on Saturday, will be dangerous at home.

Churchill will bank heavily on the league’s joint top scorer Willis Plaza. The Trinidadian has had a phenomenal season and his 20 goals have been a masterclass in clinical finishing after a tough season last time around.

Both coaches Rozario and Churchill’s Romanian coach Petra Gigiu did not ooze confidence at the pre-match presser. While Gigiu was concerned about his players being tired after a gruelling season, the Aizawl coach had concerns on injuries and suspension. Both, however, promised a strong showing.

What will also please the Aizawl coach in particular, is the fact that in their previous two back-to-back wins, the team has scored seven goals and finally looked like gelling together as a team. Certainly, Saturday promises an exciting day of Hero I-League football.