Hero I-League set to crown its newest champion – but will it be in Coimbatore or Calicut? 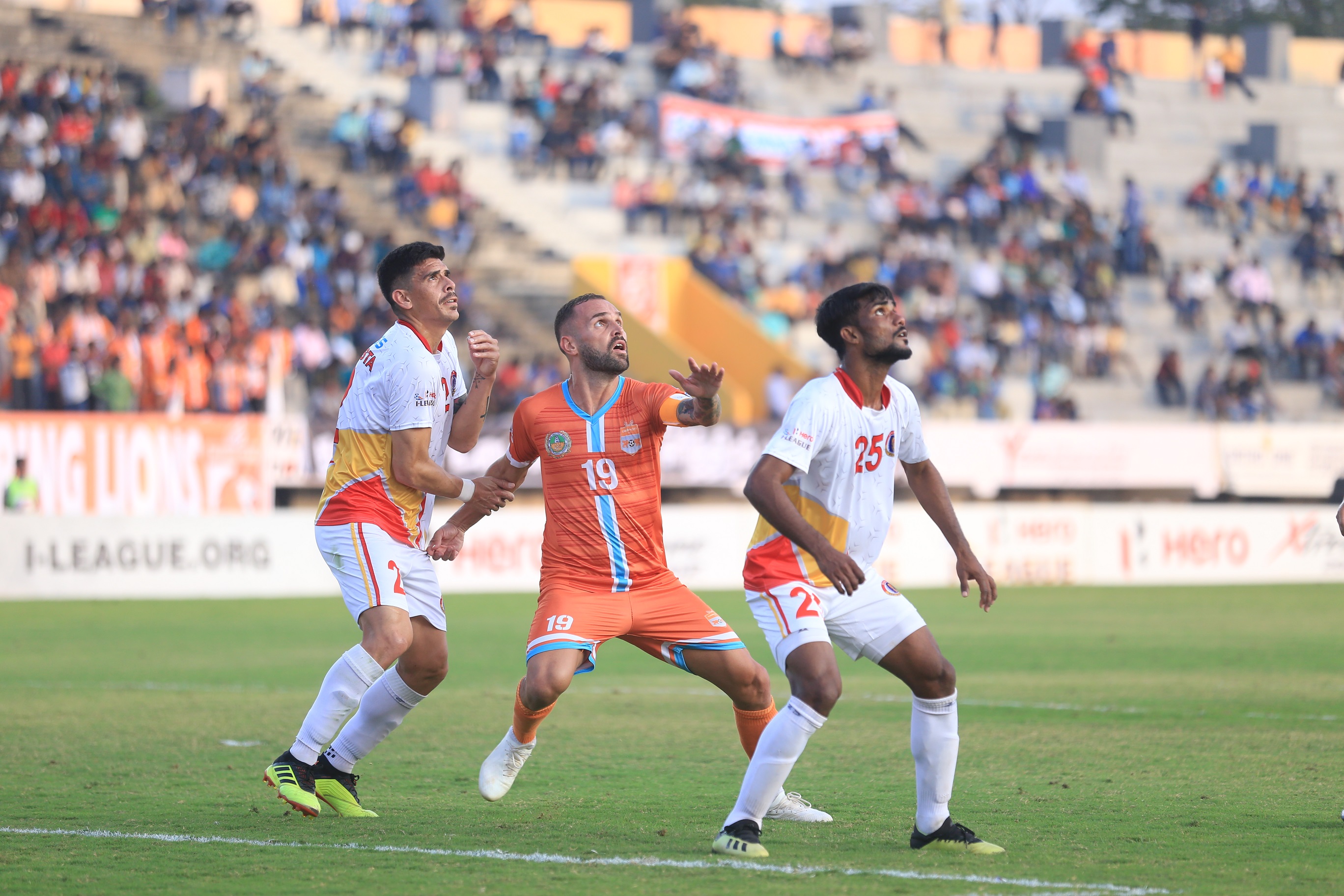 New Delhi, March 8, 2019: Indian footballing history is set to be made on Saturday, March 8, 2019, as the 12th Hero I-League title race reaches its conclusion. The question remains is whether it will be made in Coimbatore or Calicut. The two Southern India cities will host the two games which will decide who among Chennai City FC and Quess East Bengal (QEB), will be crowned for the very first time, champions of India’s top flight football league.

The equation is very simple for both sides. If Chennai win against defending champions Minerva Punjab FC at their home ground, the Nehru Stadium in Coimbatore, they will land a maiden national crown in remarkably, just their third year in the league. Even a draw can see them through, provided QEB do not win at the EMS Corporation Stadium against Gokulam Kerala FC.

QEB, on the other hand, have to win and will be hoping Minerva do them a favour by beating Chennai. For the record, after 19 games each, Chennai are on 40 and QEB on 39 points respectively. Both games begin simultaneously at 5 PM IST.

It will be history making of contrasting styles for both sides. For the Kolkata-based QEB, who go into their centenary year next year, the Hero I-League crown is missing and is probably the one dark spot in a glittering and rich history. It is something their legion of die-hards are willing to exchange for most of their 130 trophies, including three international crowns, that the famous club has won so far.

For Chennai City FC, founded by two young football-loving owners based out of Chennai, this will be nothing short of a dream. The club has exhibited immense vision in its short existence, right from the appointment of and freedom given to Singaporean coach Akbar Nawas to scout and build the team for this season, to getting on board top European club FC Basel as part owners of the club in a landmark deal earlier in the year.

There are however two 90-minute games of top division competitive football still to be played before either Chennai or QEB can think about celebrations.

In Coimbatore, Chennai will sorely miss Nestor Gordillo, a key member of a troika of attack-minded Spaniards in the Chennai ranks. League joint top scorer Pedro Manzi and Sandro Rodriguez being the other two. The trio has accounted for 37 of Chennai’s 45 goals.

The value of Nestor to the team is far beyond his eight goals and nine assists delivered in the campaign thus far. His vision, trickery and passing ability has rarely been seen in an Indian domestic football season in the recent past.

Minerva, who will be playing their last game as defending Hero I-League champions, after a stormy season which saw foreign players recruited and discarded so frequently, that even the most ardent followers have lost count, have worn a settled look over the past couple of games though. No surprise then that the one win in their last 11 Hero I-League games also came in one of those.

Minerva love to win titles and with the Super Cup coming up next, the Chennai defence could be all set to be the highest conceding defence of a Champion team if they win the crown, and the ‘Warriors’ from Punjab will fancy their chances as party-poopers as well as to put them in good stead for the knockout tournament ahead.

Further down south in Calicut, the Malabarians of Gokulam Kerala FC find themselves in a similar situation as Minerva and no surprise, therefore, that they also have the same points and just one position apart on the points table.

Like Minerva, while they have maintained a small core of Indian players throughout the league, their foreign player composition is drastically different from what they started out with. Marcus Joseph, the top scorer of the Trinidadian pro-league, has been the most welcome addition and has scored five times in his eight starts since coming in.

Even that might not be enough for a QEB in prime form and coached most magnificently by Spaniard Alejandro Menendez Garcia. The Red & Golds have won five of their last seven games and more importantly have looked a thoroughly professional and well-oiled unit with multiple players identified in all key positions.

Coach Garcia has also displayed sound tactical acumen and has been able to bring out the best from not only his foreign recruits but also the Indian players. Didika Ralte and Danmawia Ralte have been revelations this season and Enrique Esqueda has been a man transformed since returning from a mid-season injury break.

The only sore point from the Red & Golds perspective will be local Kerala lad and the league’s highest Indian goal-scorer Jobby Justin missing out due to suspension. It might become crucial in the end calculations.

As far as the main coaches in focus are concerned, Garcia presented the more calmer picture while Akbar of Chennai acknowledged pressure on the players in the pre-match press conference.

The excitement is palpable and eyes of all football lovers come Saturday, will be remain focussed on the South of the country, to see who wears the coveted Hero I-League crown.