Hero I-League Qualifiers to ‘set the precedent’ for others in ‘safe environment,’ feels players and coaches

KOLKATA: Stuck within the four walls of a hotel room a number of players are trying to find different ways to pass their time during the four-day isolation period that they face after they arrived in Kolkata for the Hero I-League Qualifier 2020 — the first sporting tournament that will be held in India post the COVID-19 Pandemic.

Some are in constant touch with their friends and families over the phone, while others go back to the lockdown days trying to engage in different exercises which can be conducted in the rooms, while some have even taken to meditation.

Occasionally a knock is heard on the door, and upon opening it, one would find trays of food left at the doorstep by the hotel staff. Once the meal is devoured, the trays are put back outside the door, as the hotel staff clears them up.

“It’s more it feels a bit like a five-star prison, doesn’t it,” joked ARA FC captain Syed Shoaib Ahmed. “But in all seriousness, extreme times call for extreme measures, and the pandemic has brought about such times upon us.”

Shoaib and his teammates are a few of the players who have been practising the art of meditation over the course of the four-day buffer period in order to maintain equilibrium of the mind.

“It can get a bit boring stuck inside the four walls for a few days but meditation has really helped us. We obviously do our physical training as well, but a series of breathing meditation routines have helped us stay mentally fresh,” he further said. 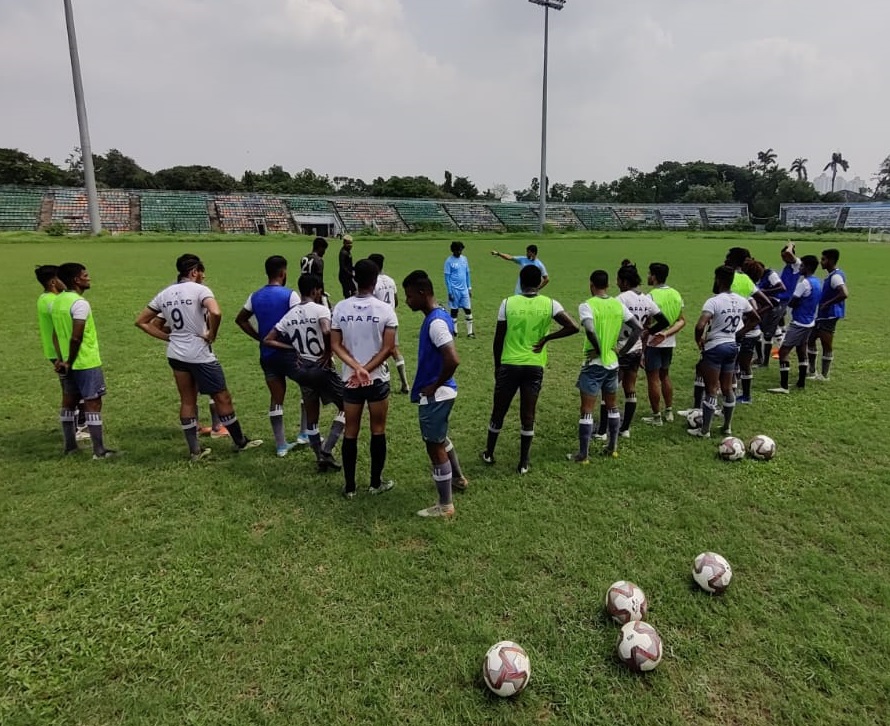 Bhawanipore FC goalkeeper Shilton Paul is one of the players who has acclimatised himself to staying indoors during the lockdown. However, even back then the prospect of football starting with the Hero I-League Qualifier 2020 being the first sporting tournament to be held in India seemed to be a distant prospect.

“Ever since the lockdown had started I was doing all my training at home itself. Of course, once the lockdown was over, we could get back to the field, but I never really imagined that the Hero I-League Qualifier will be leading the way for not just football, but all sports in India,” said Paul.

Garhwal FC owner Kishore Taid lauded the proactiveness of the tournament organisers to introduce strict measures that would allow everyone within the game to go about their duties in a safe manner, and take Indian football forward together.

“We have seen a lot of proactiveness from the AIFF in terms of putting in place the measures that would ensure the safety of the players and officials. Initially, I did not expect that such a feat could be pulled off,” said Taid. “Even cricket has had to host the Indian Premier League outside the country. But the measures have given us the confidence that this can be done.”

Mohammedan Sporting head coach Yan Law feels that everyone involved in the Hero I-League Qualifier would be setting the precedent as to how a sporting tournament could be held in India in the times of the “new normal.”

“We are all finding different ways to cope with the situation. Of course, there are a lot of safety measures put in place, and this is really the first time that any team in our country are going through these measures,” said Law. “As of now, we are all trying to figure out the best way to keep our teams in shape both physically and mentally during this four-day isolation period.”