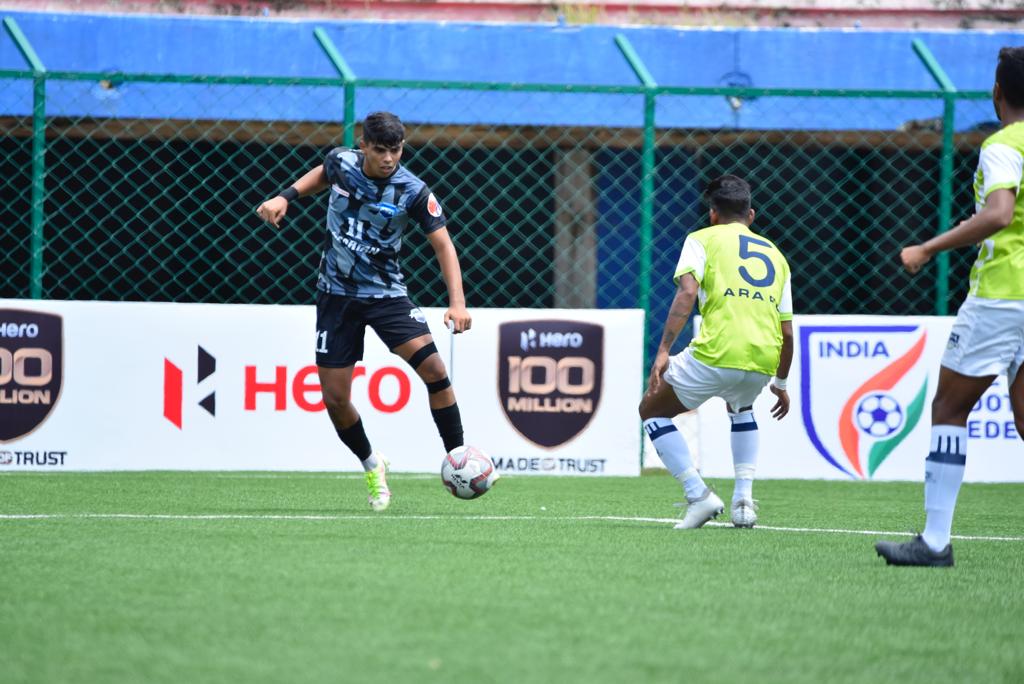 BENGALURU: The Hero I-League Qualifiers 2021 is full of future stars, and one of those players to watch out for in the future certainly seems to be Delhi FC forward Himanshu Jangra.

“Gaining promotion to the Hero I-League would be great. As a team, we have been preparing for this tournament for a year now,” Jangra said to i-league.org. “The competition in the Hero I-League Qualifiers is very tough, especially since there’s just one team that will earn promotion at the end, and everyone’s fighting tooth and nail to be in that spot.”

Himanshu is someone who has already had the experience of playing from inside a bio-bubble when he turned out for Mohammedan Sporting, who had won the Hero I-League Qualifiers last season. Speaking of his experience from his second bio-bubble at the moment, the 17-year-old believes that though there are mental pressures involved, the overall bio-bubble is for the safety of the players.

“Everyone has to go through a quarantine period once we enter the bio-bubble. That puts some amount of mental pressure on you. Footballers or any athletes tend to have this need to be free of mind. If you don’t feel fully free, it may affect your game. But then again, we also have to see that these procedures are keeping us safe from the pandemic, so we are working around it,” he opined.

With the help of the support staff at Delhi FC, Himanshu has been using different techniques to keep his mind calm especially during the initial quarantine period.

“During our quarantine, we were all apart, but we did different activities between the members of the team over video conferencing. We had some fun activities, and we also had a few yoga and meditation sessions, which helped a lot,” he informed.

Jangra has already made four appearances in the Hero I-League Qualifiers 2021 so far, having netted once in the process. The boy from Hisar, Haryana, has come through the ranks of domestic football at the junior level, and was even selected for the India U-16 side that impressed one and all in 2019 with their SAFF Championship winning effort, where he ended the tournament as the highest scorer with seven goals to his name.

“It felt great to play for India at the U-16 level. It may be at the junior level, but as a player it is still one step closer to realising your ultimate dream of playing for your country at the senior level eventually some day,” said Himanshu. 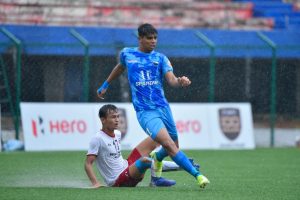 “But more important than that was what I had learnt from our coach Bibiano (Fernandes) sir in that team. That was the time when I really started to take discipline seriously. It was due to that, my game had improved by leaps and bounds by the time I got back from the national team,” he stated.

One advantage that the teenaged forward has at Delhi FC, is that he is training under a coach, who has known him since his U-13 days – Surinder Singh.

“I have been training with Surinder sir since my U-13 days. Even in the last few seasons, when I’d go back home, I would still be training and working with him in the pre-season,” Himanshu averred. “He knows my strengths and weaknesses through and through, so even during the pre-season, we have been working on these things.”

Apart from all the help from the coach, Himanshu has also picked up a few good habits from seniors like defender Anwar Ali, who has represented the Senior National Team at International tournaments like the SAFF Championship and the AFC Asian Cup over the last decade and a half.

“We have a few seniors in our team who help with different things. Like we have our senior Anwar-paaji (Ali). He always gives us advice on how to do different things off the pitch, in order to maximise our performance on it. One habit that I have picked up from it is reading good books to keep the mind sharp,” he mentioned.