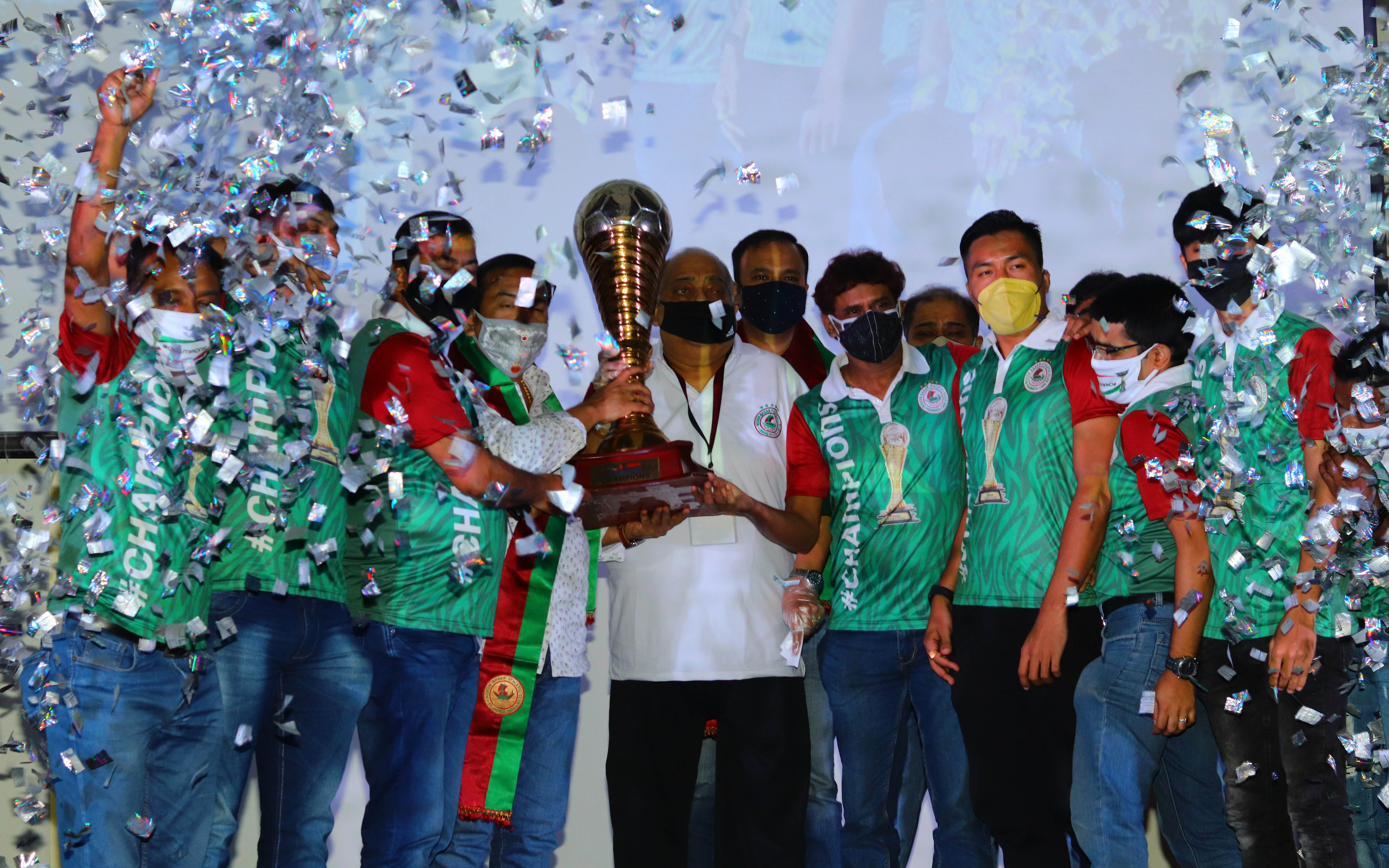 Sunando Dhar highlighted that the Mariners played the “best brand of football” to conquer the Hero I-League in 2019-20 season.

“The football Mohun Bagan presented us in this season was exceptional. Since the starting of the season they played with the authority and conviction. On behalf of the All India Football Federation I would like to congratulate entire Mohun Bagan family,” Mr. Dhar stated.

“Mr Kushal Das, General Secretary, AIFF would have been here with us but unfortunately he could not because of his personal loss. He has also sent his best wishes for Mohun Bagan,” Dhar mentioned.

Mr. Aroop Biswas labelled the century-old club as an institution whose “path-breaking journey is important” while congratulating them for their historic feat.

“I would like to congratulate Mohun Bagan from the bottom of my heart for their stupendous success. I would request the century-old club to strengthen their Academy so more Bengali youngsters get the opportunity to represent at the highest stage,” he averred.

“For an institution like Mohun Bagan winning a trophy is not the primary target. For a club that has won 200-odd trophies over time, the path-breaking journey is more important”, he said.

Jaydeep Mukherjee, Secretary, Indian Football Association said: “Congratulations to Mohun Bagan. They need to be applauded for their tremendous effort. Their performance speaks volume and their Hero I-League triumph has brought further glory to Bengal Football. Shri Aroop Biswas has always guided us. Without his support, we couldn’t have organised Hero I-League qualifiers successfully. Now, we’ll look forward to next edition of organising Hero I-League 2020-21 successfully.”