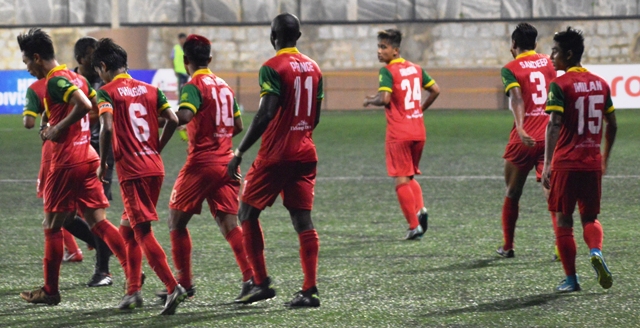 New Delhi: The Hero 2nd Division League 2019-20 Preliminary Round is all set to get underway on Saturday (January 25, 2020) as four matches kick-off on the same day across four different venues in Kerala, Gujarat and West Bengal.

ATK Reserves take on Jamshedpur Reserves in Group A, Bhawanipore FC face Mohammedan Sporting in Group B, while ARA FC and Mumbai City FC Reserves and FC Kerala and Kerala Blasters Reserves face each other in Group C on the first day.

A total of 17 teams are set to take part in this edition of the Hero 2nd Division League, which is organised by the AIFF, out of which, nine are reserves sides of Hero I-League or Hero ISL clubs.

The teams have been divided into three groups, with Group A and C consisting of six teams each, while Group B has five.

The teams finishing at the top of each group are set to proceed into the Final Round, while the second-placed team out of Group A and C with the highest number of points will also join them in the Final Round, which will be played in a single leg round-robin format, with the top team gaining promotion to the Hero I-League.

The reserves sides of the Hero ISL and Hero I-League teams, however, will not be eligible to qualify for the Final Round. In case they finish in one of the qualification spots in any particular group, the next best-placed non-reserves team in the group will progress to the Final Round.

The Hero 2nd Division League has acted as a supplier to some of the most exciting teams in the Hero I-League. Most recently, it was Tiddim Road Athletic Union (TRAU) FC, who won the championship in order to gain promotion to the Hero I-League. The Imphal-based side currently sits pretty in third spot on the Hero I-League table, having registered a three-match winning streak against city rivals NEROCA FC, Indian Arrows and Churchill Brothers.

Perhaps the biggest example of a success story that the Hero 2nd Division League has provided to Indian Football so far is that of Aizawl FC, who went on to be crowned champions of the Hero I-League in the 2016-17 season.

The groupings are as follows: