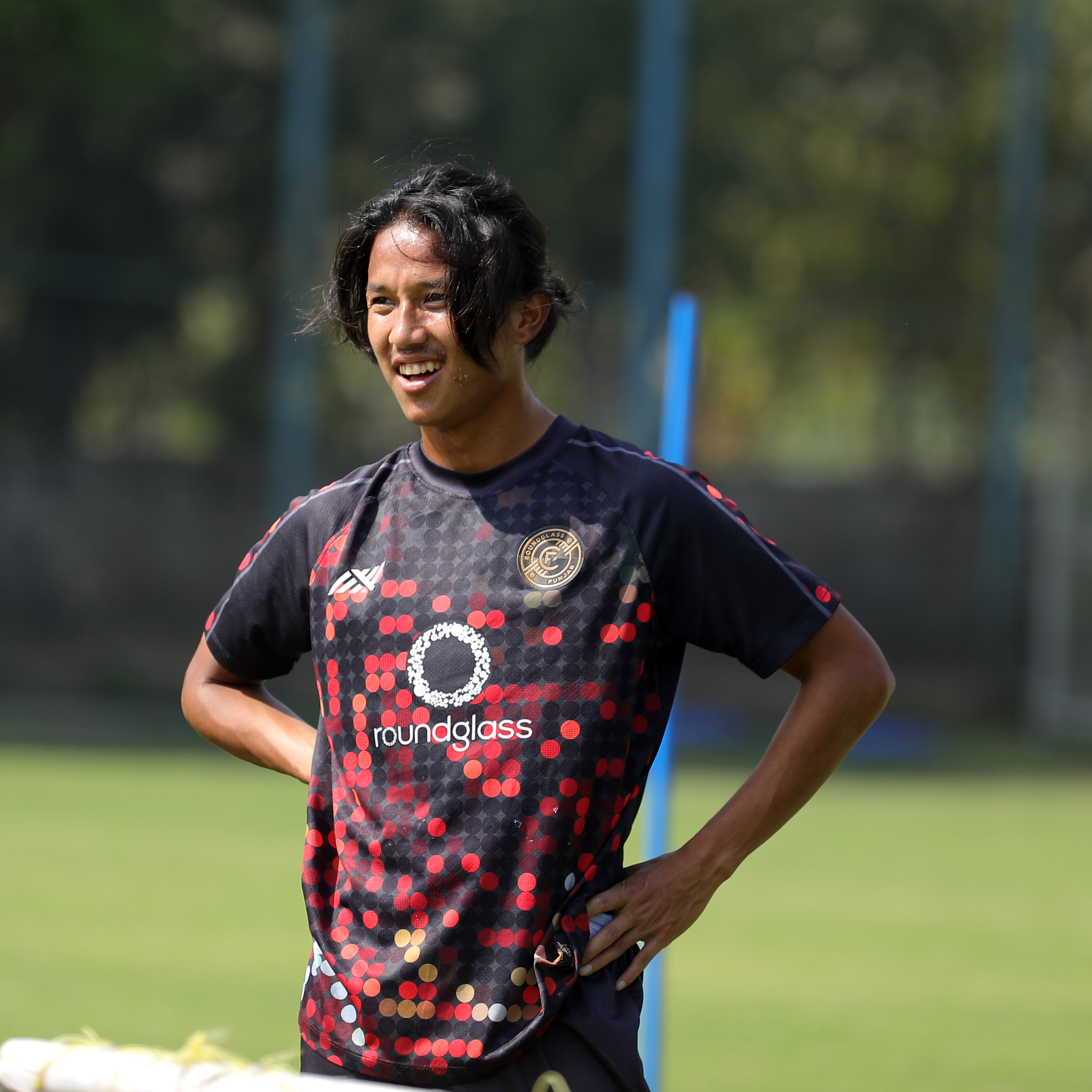 KOLKATA: RoundGlass Punjab recorded a famous win over Mohammedan SC on Sunday, April 10 to throw their hat into the ring as genuine title contenders going into the second phase of the Hero I-League 2021-22 season. At the heart of their challenge is a 17-year-old by the name of Maheson Singh Tongbram who has played in each and every game for them so far this season and even netted his first senior goal a few days ago.

The Manipuri lad spoke to www.i-league.org about growing up in a family of farmers, his decision to take up the sport professionally and getting valuable minutes under his belt at such a young age.

How did you feel when you scored your first Hero I-League goal?

I felt very happy when I scored my first Hero I-League goal in our match against Indian Arrows. I was glad that I could score for my team and contribute to our victory. This was a moment that I had been waiting for forever since I began my football journey. However, now my focus is completely on the next game and doing my best to help the team as the season progresses.
You have been at RoundGlass Punjab FC for nearly 2 years now. Can you describe your journey in a few words?

It has been a wonderful experience with RoundGlass Punjab FC so far. I have learned a lot and grown as a player and person, which is important for a young player like me. I feel fortunate to be surrounded by such wonderful teammates and staff, who are always there to guide me in the right direction. I am grateful for the support, and I hope I can make the team and our fans proud.

How is your relationship with new coach Ed Engelkes? What are the new things you have learnt under him?

Our relationship is quite good. He is a highly experienced coach and I have been learning a lot from him. He encourages us to take our own decisions on the field and be brave, and the atmosphere and bonding within the team are strong.

I try to grow as much as I can each day and it has been a learning experience adapting to the style of football our Head Coach wants us to play. He likes attacking football, and as an attacking midfielder myself, I try my best to supply quality passes to our forwards, support the other midfielders and try to score goals myself.

What do you think has been the main factor for you getting more minutes this season than before?

I feel thankful for the trust placed in me and for being given the opportunity to play. I have been giving my 100 percent in training since pre-season and I am glad to contribute to my team’s campaign. I do realize that it is still very early days for me, and I take this opportunity as a motivation to keep working hard and growing.

Can you tell us how you started to play football in Manipur and when did you realize that you could pursue it professionally?

I come from Govindagram, which lies in the Imphal West district in Manipur. My father is a farmer and I have two elder sisters. I started playing at the age of nine and my first coach was a cousin who was playing for a professional club in Manipur at the time.

After some time, I gave trials for the Sports Authority of India (SAI) Centre in Imphal and got selected, and it was that moment that I felt that I can pursue football professionally.

What are your targets for the current season?

As a team, we want to be among the teams that are fighting for the Hero I-League title. At the same time, we want to play an attacking brand of football that inspires others to go out and play. Personally, I want to get as many minutes on the field as possible, keep improving step by step, and help my team. I feel that the Hero I-League is a great platform for young players like me to gain exposure and compete against top professional teams from different parts of India.

You were part of the junior national teams’ set-up and part of teams that won the SAFF Cup and U-16 AFC qualifications. What did you learn from there and how was the experience?

It was a special experience – representing my country and winning trophies as well. We got the opportunity to face several top-level teams from different parts of the world, and gain valuable exposure, which has played an important role in my development.

The experience also taught me the value of discipline from a very young age and the importance of training and eating right. I am thankful to coach Bibiano Fernandes and the entire team of staff and players, who helped me a lot.