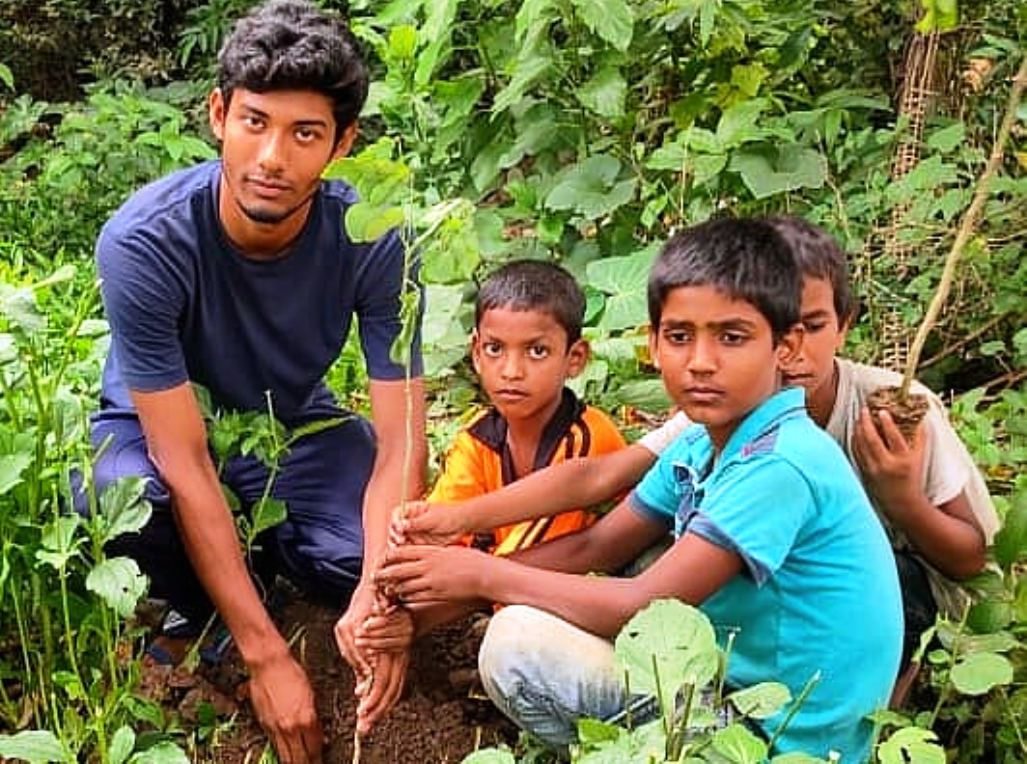 NEW DELHI: Tired and all drenched in sweat, a number of kids from varying ages between six to 13 years old, were often seen gathered in different groups along the banks of the Bhairab river (a distributary of the Padma that flows into the Hooghly).

The kids, both boys and girls, are all donning the jerseys of their respective teams — some of them are still wearing their football boots, as they huddle together in their attempts to plant saplings along the side of the road adjacent to the river.

These kids, have in fact been participating in the Islampur edition of the Golden Baby Leagues, an initiative undertaken by the All India Football Federation to get more young kids into the game.

While the Islampur Golden Baby League goes on, the league operators also take up the added responsibility of educating the children of the area about the importance of conserving the environment that they will grow up in.

‘PLAYER OF THE MATCH GETS A TREE IN HIS NAME’

It was only a few decades ago, that the Bhairab river, lined with trees on the banks would flow with enough amounts of water to support a wide variety of life from an array of fishes, to tortoises, or even the Gangetic dolphin, which is now an endangered species.

“The waters of the Bhairab were teeming with life when I was a kid. But now, the water levels have gone down. The numbers of fishes and tortoises have decreased, and you can consider yourself lucky if you get to see a dolphin. It is really sad that these kids may never get to see such magnificent creatures anymore,” said league operator Aminul Islam.

In order to create awareness about the current situation of the ecosystem in Islampur, the league operator had also arranged workshops by River and Land specialists to make the children aware of the damage their ecosystem has suffered in the recent years.

However, the Golden Baby League has already put in a lot of good work, as each of the 478 children who took part in it last year has planted a tree. To add to that, a tree was also planted in the name of every ‘Player of the Match’ Awards won the players.

“These trees have been growing fast, and they have already started covering the banks, the roads and the fields where we have planted them,” informed Islam.

BRINGING CHILDREN BACK TO SCHOOLS

While the Islampur Baby League has already educated over 400 children of the locality about environment conservation, it has had another effect on a number of kids who had left schools. However, on seeing that school children of the area are eligible to play in the League, many of the kids have returned to the classrooms.

“Kids here love to play football. most of them do not want to miss out. A lot of them never really found much interest in studies, and had left school. When these kids came to us asking whether they could play, we made sure that they start attending school once again, before giving them the go-ahead,” stated Islam.

As football moves forward together with education and awareness about the environment, the parents of Islampur have welcomed this new revolution, with more kids joining the league every year.