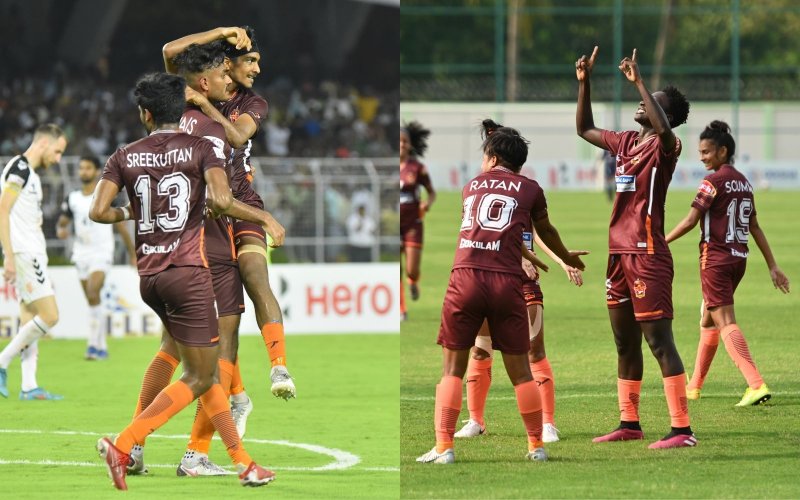 BHUBANESWAR: Gokulam Kerala FC created history in Indian Football on Saturday, May 14, when they defeated Mohammedan SC 2-1 to win back-to-back Hero I-League titles for the first time in the history of the tournament.

The Gokulam Kerala Women’s team, which is currently also topping the table in the ongoing Hero Indian Women’s League in Bhubaneswar, congratulated their men’s counterpart after the historic win.

Gokulam’s Ghanaian striker Elshaddai Acheampong, who currently tops the scoring charts with 14 goals to her name, praised the club management for showing their support.

“The players and management are all really welcoming to everyone. I believe that it’s the same in the men’s team as well. Everyone in the club is always supportive, and that creates a great atmosphere,” she said.

Winger Soumya Guguloth, who was watching the match on Saturday night with the rest of the team after their own victory against Kickstart FC, feels inspired, seeing the men’s team getting the victory.

“We were all watching the game after our own match, and we were happy to see Gokulam winning the title,” said the India International. “This is my first season at this club, and seeing the men’s team win the title also inspired me to do the same in the Hero IWL.”

“These victories speak a lot about the football culture in the state, and I hope that we see more good players coming out of Kerala in the future. The state will play an important role, I hope, in the senior women’s team as well,” said Chauhan.