Gokulam Kerala wary of Mendigutxia threat ahead of NEROCA clash 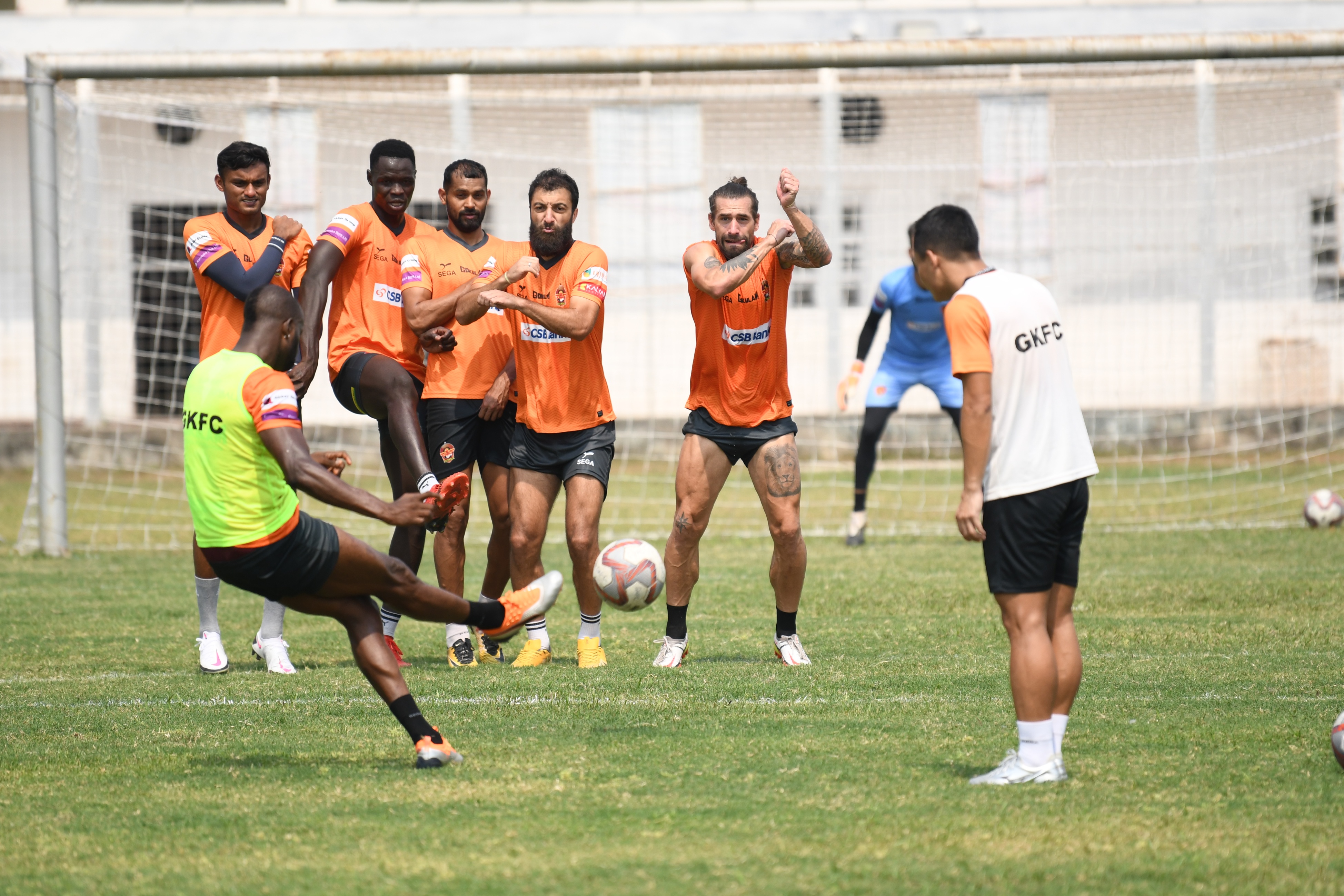 The Malabarians got their title defence off to the perfect start back in December with a narrow 1-0 win over a strong Churchill Brothers side. During the break, Vincenzo Alberto Annese boosted his team’s attack with the signing of Slovenian Luka Majcen, who scored 11 goals for Churchill last season.

“I’m so happy to have Luka because he gives us a lot of experience. We also have Jourdain Fletcher from Jamaica. Two dangerous strikers. But everybody in our team can score. We have an attacking mindset and I want to see a lot of goals,” said coach Annese.

The Italian believed the break had its advantages and disadvantages. “Stopping and restarting the season and training without competition is not easy. But the break helped us prepare better for the league. It helped new players integrate with the team.”

Gokulam have signed defender Abdul Hakku on loan from Kerala Blasters for the season, who is aware of the competition with fellow centre-backs Bouba Aminou and David Simbo in the team. “I’ve to be fully committed and give my best. The final decision rests with the coach,” said Hakku. “I’m super excited to join Gokulam. We have a good team with good talents. The break was frustrating at first, but it helped me get to know my teammates better.”

Coach Annese wrapped up by speaking about their opponents. “Neroca plays very good football. They beat Sreenidi, who have 5-6 ex-Gokulam players. Their new striker Mendi has already scored three goals and we know of his quality.”

Neroca FC finished rock bottom in the Hero I-League last season but showed that they are a much better side this year after their 3-2 win over Sreenidi Deccan, where new Spanish signing Sergio Mendigutxia netted a debut hat-trick. “All of Mendi’s teammates supported him well. His contribution is important and that’s why we got the result,” said coach Khogen Singh.

Returning to action after a long break is always tough, but coach Khogen doesn’t feel that it affected the team’s good momentum. “We allowed the players to go home for a week and refresh their minds. The boys are motivated after the return and hope to perform well in the upcoming matches.”

Speaking about their meeting with Gokulam Kerala, he said, “It will be a tough match against Gokulam. They were champions last year and we respect them. We have a good team this season with young players who are hungry to get three points in every match.”

“We are targeting the top six to reach the championship stage. But right now we’re only focusing on winning the current match,” said Khogen regarding Neroca’s ambitions for the season.