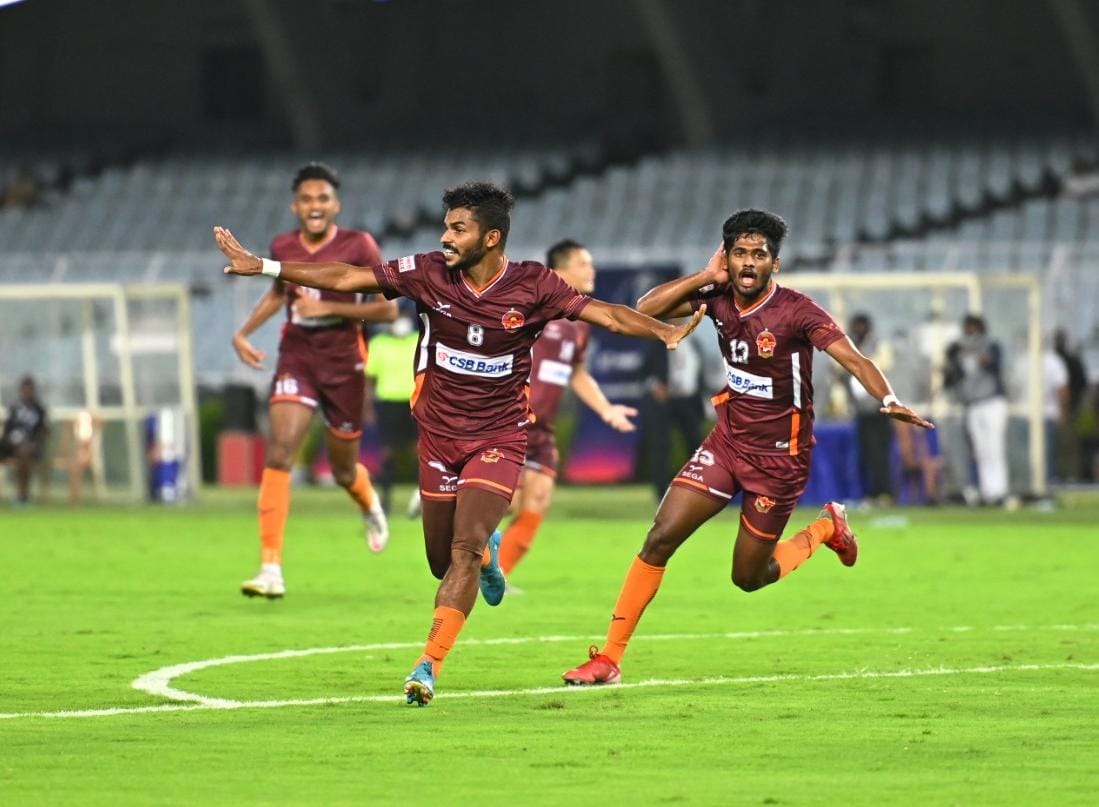 KOLKATA: Gokulam Kerala FC created history on May 14, 2022 as they won their second Hero I-League title on the bounce, as they convincingly defeated Mohammedan SC on the final matchday and attained an unassailable lead at the top of the Hero I-League 2021-22 table with 43 points.

After conquering the tournament in the 2020-21 season, Gokulam Kerala FC came in as favourites to retain the Hero I-League title, alongside strong teams like Mohammedan SC, RoundGlass Punjab FC, Churchill Brothers and Real Kashmir FC.

In the first Gameweek, Gokulam Kerala proved their credentials by defeating fellow contenders Churchill Brothers FC by a slender 1-0 margin. However, disaster struck as COVID-19 halted the world and the tournament once again and it was not until March that we would see the team once again in action.

By the time March 2022 came around, many teams had strengthened themselves and it was time to take on the pitch again. They drew the first game in March against Neroca FC, but came back with a bang defeating Real Kashmir FC 5-1 in the next game. Victories kept on coming after that until Mohammedan SC came in their way on 25th March, where the match again ended in a stalemate in a pulsating encounter. Another draw against Rajasthan United FC gave Mohammedan a chance to increase the gap even further at the top of the table. As March ended, it was Mohammedan SC who held the top spot and Gokulam Kerala was one of the very few who could keep up with the Black and White Brigade.

However, it was on 10th April that the tide began to shift and Gokulam Kerala found a way to surpass Mohammedan SC. The latter faced their first defeat of the season against RoundGlass Punjab, and another 2 points were dropped against Neroca FC on 18th April. In the meantime, Gokulam Kerala FC embarked on one of the greatest runs that the Hero I-League has ever seen, surpassing the side from Kolkata. At the end of Phase 1, Gokulam Kerala had managed to take a lead of four points at the top of the table and it was the Malabarians who were setting the pace now. 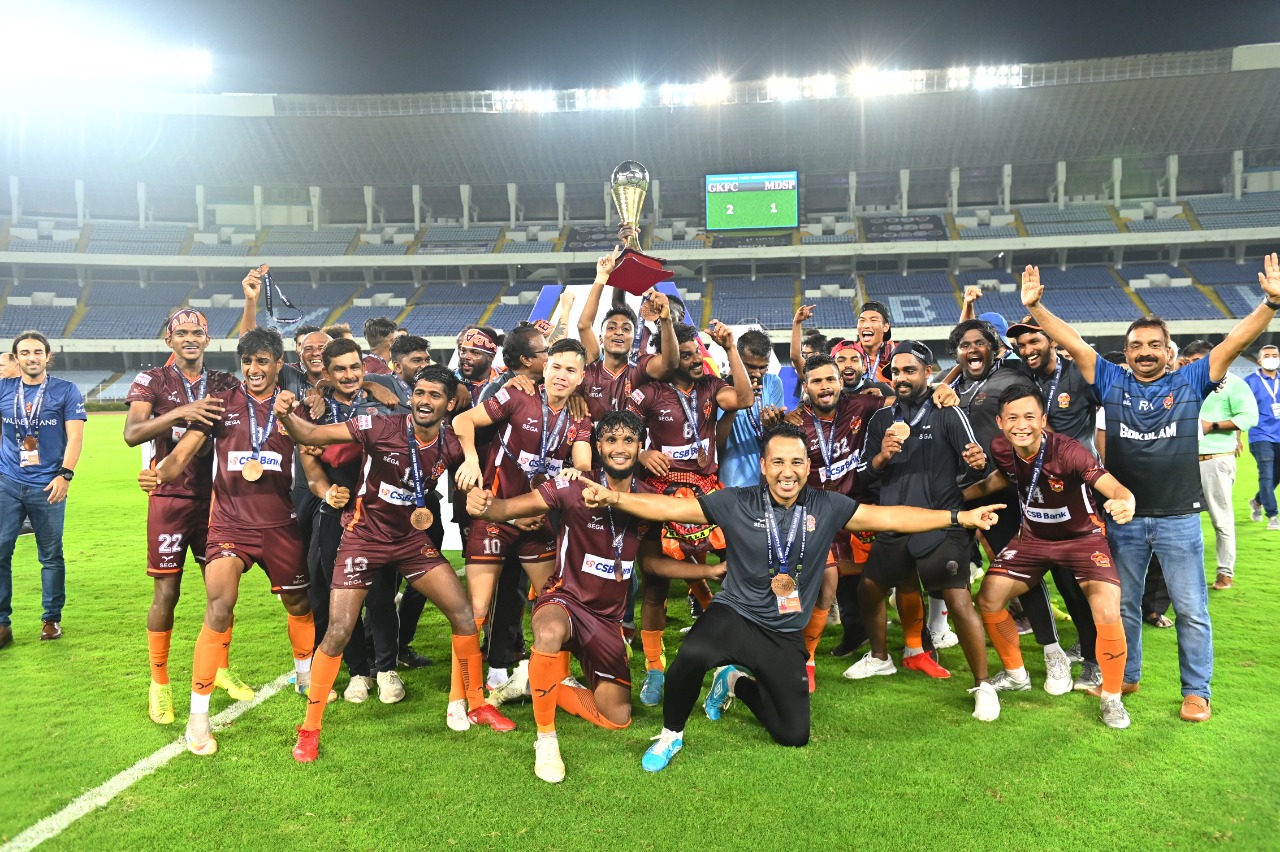 The gap was increased even further right at the start of Phase 2 as Mohammedan SC drew against Sreenidi Deccan FC while Gokulam Kerala defeated RoundGlass Punjab FC. It was a landmark game for the club as they created history by breaking Churchill Brothers FC’s record for the longest unbeaten streak in the Hero I-League.

However, they showed what it takes to become champions as the entire team started to chip in. Bouba Aminou was immense at the back, standing like a rock and keeping out opposition forwards, helping his side maintain the best defense in the league. Emil Benny took up the creative burden in midfield, whilst Jourdain Fletcher chipped in with crucial goals in the absence of his strike partner.

Lastly, we must mention the tremendous work that head coach Vincenzo Alberto Annese has done with this team during his time at the club. Securing a last-gasp title in the last season and building upon it in this one, he has been a constant source of energy, tactical prowess and discipline for his players. However, after being awarded the Coach of the Month for April, Vincenzo was quick to stress that this award belonged to the entire club. “I feel good but I would like to give this trophy to the entire coaching staff, the backroom staff, the President and all the players. It is not a present for me but it is a present for the club.” 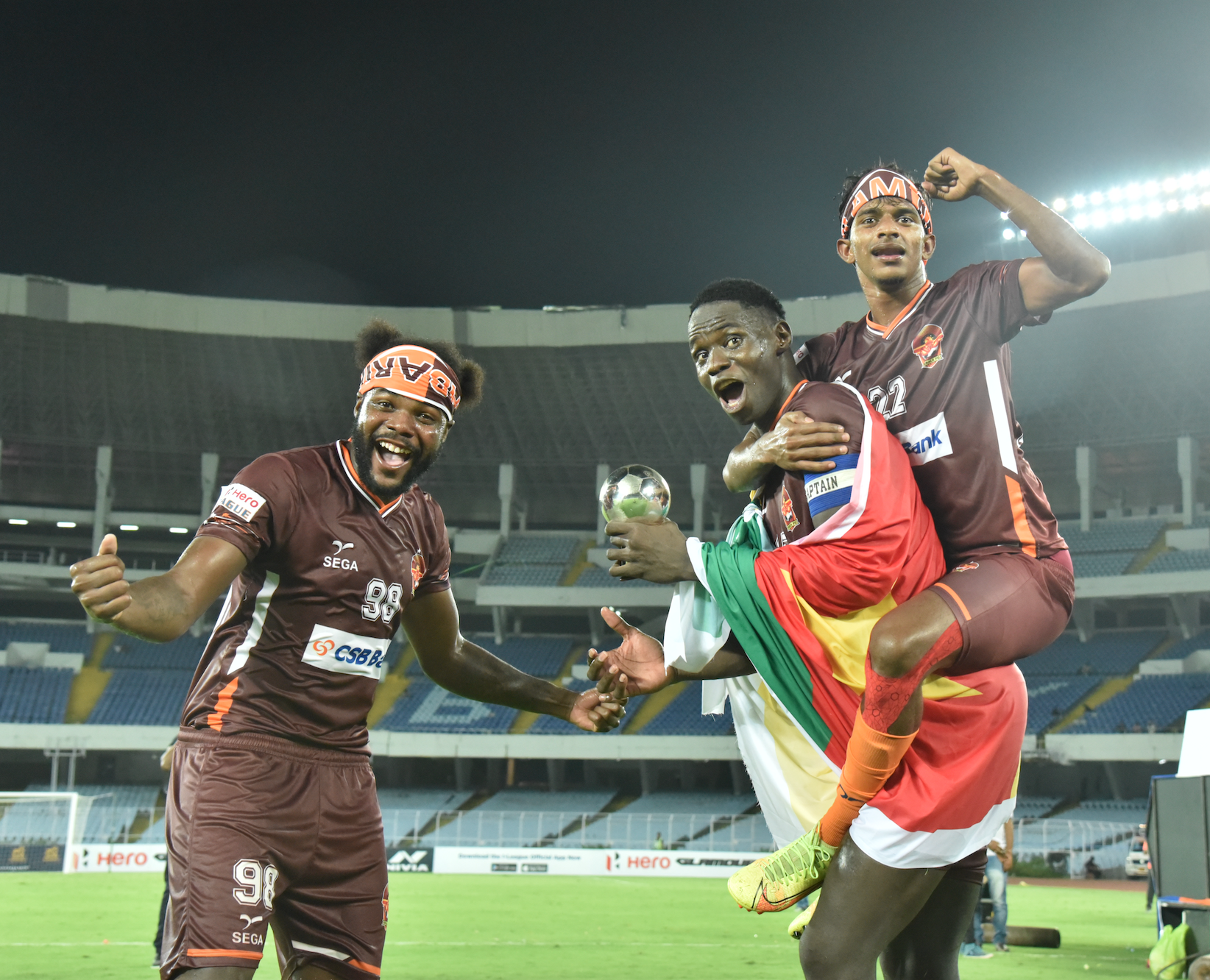 In the penultimate Gameweek, it looked like Gokulam Kerala would claim their second Hero I-League title on the bounce but Sreenidi Deccan intervened as they defeated the side from Kerala by a margin of 3-1 and set up a dramatic final match as Mohammedan SC took on Gokulam Kerala FC in a do-or-die clash.

When the biggest challenge of the season came, Gokulam Kerala came up with the goods once more as they defeated Mohammedan SC 2-1 on the final matchday at the VYBK Stadium and the celebrations started for the defending champions. Gokulam Kerala FC has been the embodiment of the rebirth of Kerala as one of the leading regions for football in the country. They has been a class apart this season and the celebrations will not stop for them anytime soon.