NEW DELHI: With the latest edition of the Hero I-League set to begin on January 9, 2021, Gokulam Kerala FC kickstarted their pre-season amidst a highly-controlled COVID-safety environment in Kozhikode, Kerala.

The club from the southern state has resumed training activities after the state-wide lockdown ended on October 31, 2020 while following the Standard Operating Procedures (SOPs) that have been put in place by the All India Football Federation (AIFF) for its tournaments as Indian football moves forward together.

“The protocols and guidelines issued by the AIFF for resuming team training will be strictly followed. As we enter into a neo-normal era, it will be challenging for both the players and the coaching staff,” stated Gokulam Kerala FC CEO Dr. B Ashok Kumar.

“With all the precautionary measures in place, we are confident of conducting the training sessions without any hassles,” he stated.

Dr. Ashok Kumar further went on to explain that the club had arranged to bring all its players to Kozhikode in batches and had them under a strict quarantine at the residential facility, which was sanitised prior to all the arrivals.

The EMS Stadium and its offices were further sanitised before the pre-season training activities began. Along with these, the club has also made sure to keep in line with the SOPs provided by the AIFF and has put in place measures like regular temperature checks, placement of sanitisers at key areas, sanitisation and seat-markings (keeping social distancing in mind) of the team buses, and many more.

Gokulam’s newly appointed head coach Vincenzo Alberto Annese from Italy had also flown down from his residence in Armenia last week. Although he is currently completing his own quarantine period, he has been in touch with things, coordinating everything with the team’s physical trainer Djair Miranda Garcia. 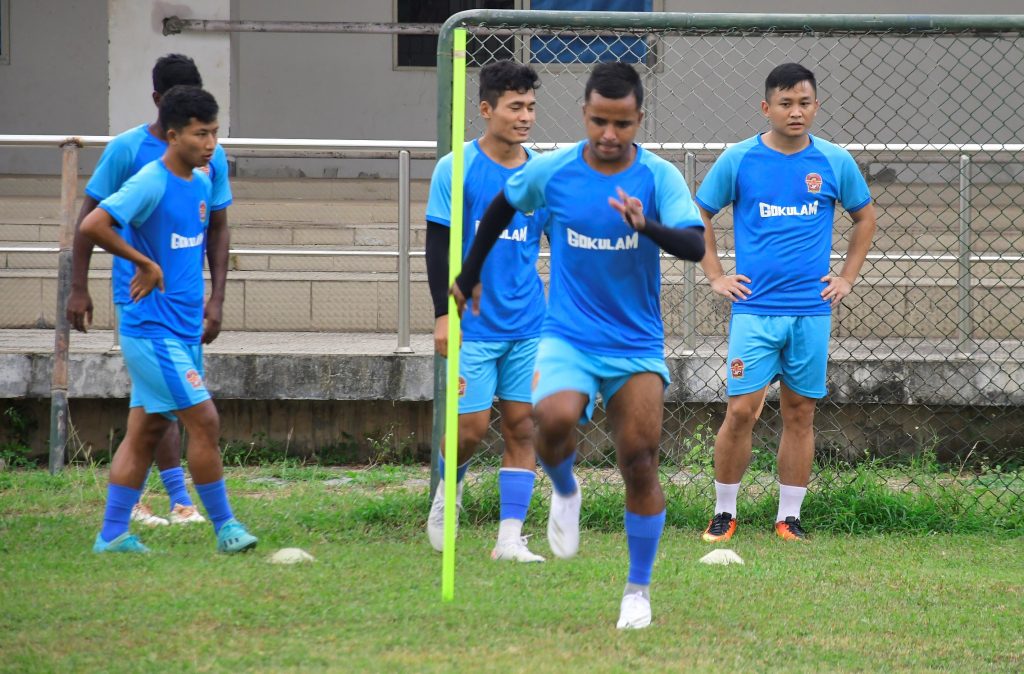 “The boys have hit the ground running because we had continued our training during the lockdown via video conferencing. What’s important for me is that we all keep working together, be it with or without the ball. This builds the understanding between the teammates,” Annese said.

He added, “The morale is quite high. We have started off with some very heavy sessions, and it was like a dream to get back on the ground and play football.”

While there are a number of restrictions in place due to the COVID-safety protocols, Coach Annese feels that following these protocols during the pre-season training will help the players get in the correct mental state for the main Hero I-League.

“Following the protocols in our training camp has also been very helpful because now we are getting a feel of the things for the real tournament as well. So once the league starts, we won’t have any problems,” he stated.