KOLKATA:Gokulam Kerala held onto their nerves and created history by becoming the first-ever side to win two successive Hero I-League titles after their win against Mohammedan SC, here at the Vivekananda Yuba Bharati Krirangan Stadium tonight. A narrow 2-1 victory on hostile territory saw the Malabarians win the game and win the title with a six point advantage, also ending Mohammedan’s seven-game unbeaten streak in the process.

Mohammedan needed a win to lift the title while Gokulam needed a draw at least to get their hands on the trophy. The stadium filled up as fans of the Black and White Brigade were buzzing and backing their team to attack. Building on the morale boosting support, Mohammedan dominated the possession in the first half while Gokulam seemed content trying their luck on the counter.

The only effort on target in the first half came from an Andelo Rudovic freekick. The Bosnian’s effort was curling away from Rakshit Dagar but lacked power. As a result, the Gokulam shot-stopper palmed it away to safety. At the other end, Zothanmawia almost committed a huge blunder as he came charging out almost towards the middle third to stop Jourdain Fletcher on the counter. The Jamaican beat the keeper but failed to keep his long-ranger on target. 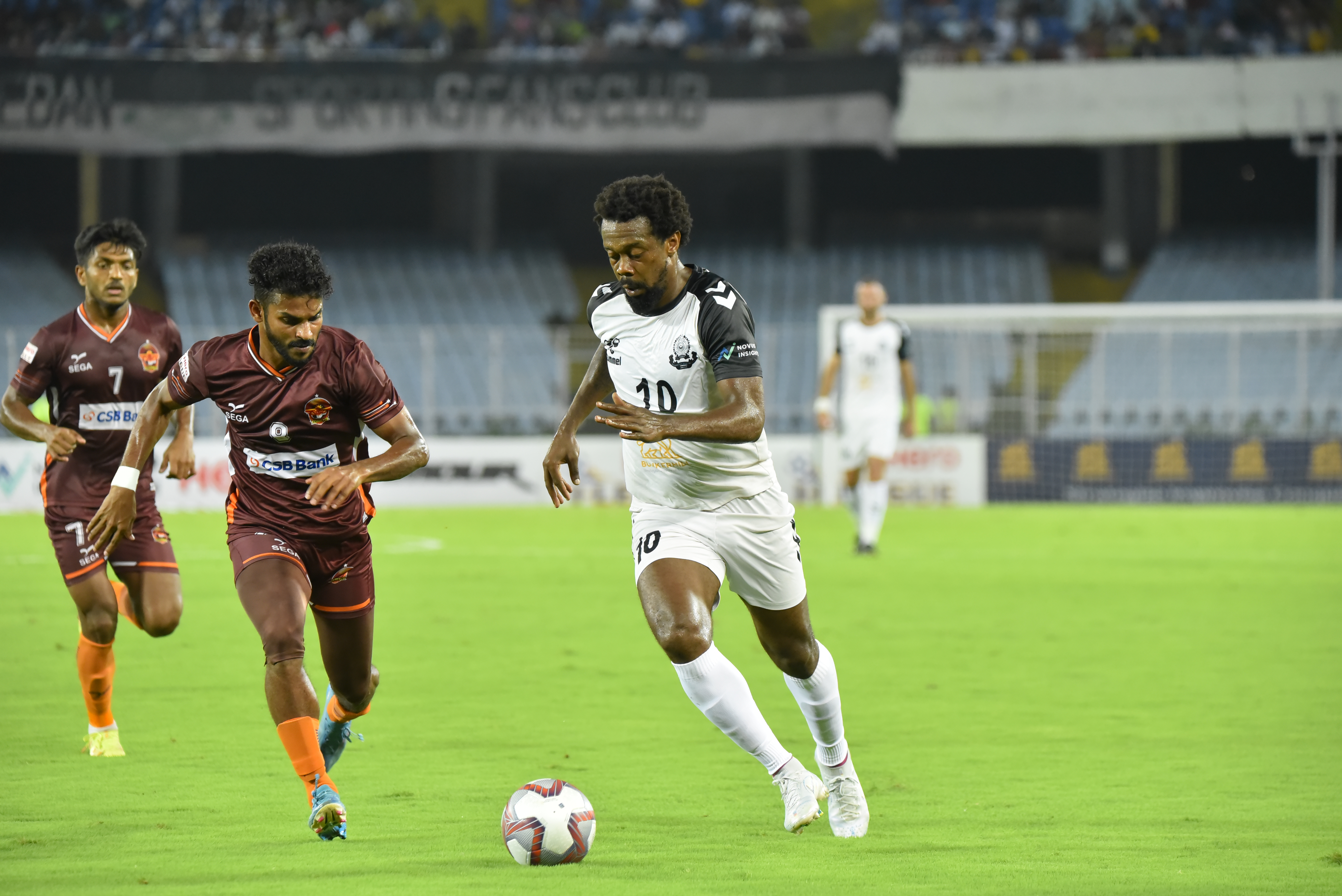 All the goals came in the second half, in the span of eleven minutes. Four minutes into the second-half, the deadlock was broken as Rishad came pacing down the middle and made his finish look easy as he slotted it past Zothanmawia to give his side a crucial lead. Seven minutes later, Marcus Joseph’s freekick picked up a hefty deflection off Azharuddin Mallick and hit the back of the net.

Mohammedan needed another goal for the title but the third and final goal of the match was netted by the Malabarians. Just four minutes after the equaliser, Luka Majcen played Emil Benny through on goal and Benny replicated the finish for the first goal as Gokulam led and held onto the advantage till the full-time whistle.

Gokulam did not just become the first team to win back-to-back Hero I-League titles. The Malabarians also added another feather to the cap of Kerala football. Earlier this month, in a similar encounter, Kerala defeated Bengal on penalties to win the 75th Hero Santosh Trophy in their own backyard. Two victories that are guaranteed to inspire the already prospering grassroot football in the state.

The winners of the Hero I-League will get a prize sum of INR 1 Crore, while the second, third and fourth-placed teams in the table will get a sum of Rs 60Lakhs, 40Lakhs, and 25lakhs respectively. The list of the individual awards along with the prize money follows below.