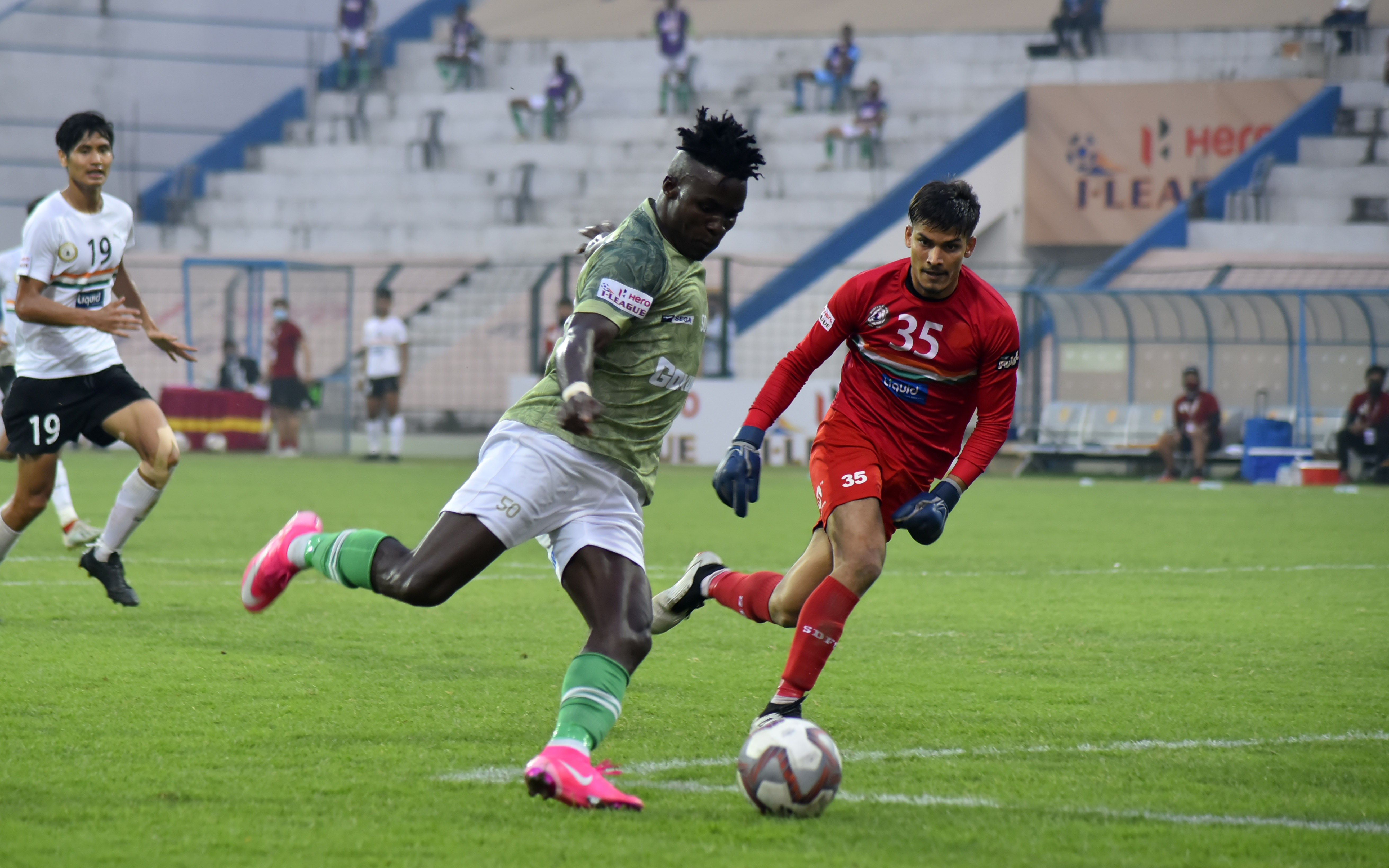 KALYANI: Gokulam Kerala extended their win streak to three games after they beat Sudeva Delhi FC 1-0 at the Kalyani Municipal Stadium in Kalyani, West Bengal, on Tuesday, February 23, 2021. Philip Adjah Tettey Narh’s 68th-minute goal was the difference between the two sides in the game which was completely dominated by Vincenzo Annese’s unit.

The match was off to a fiery start as the first chance fell to the Malabrians within 40 seconds. Dennis Antwi brought down Mayakannan’s cross in the area, before curling his effort inches wide. Gokulam went on to dominate the game and kept creating chances to score. Mayakannan’s powerful shot from Philip Adjah’s cut back in the 9th minute went straight to Sudeva keeper Sachin Jha.

Augustin Fernandes’ clearance from Vincy Barretto’s pass fell to Dennis Antwi in the 11th minute. However, he failed to score as his low drive was easily saved by Sachin Jha. Philip Adjah did manage to put the ball into the net in the 17th minute after Sachin Jha made a weak save from Sharif Muhammed’s freekick. However, the referee judged the striker offside, cutting short his celebrations.

Mohammed Awal wasted a good opportunity in the 25th minute as his volley from Vincy Barretto’s cross went flying into the stands. The best chance of the first half fell to Philip Adjah and Dennis Antwi in the 39th minute.

Adjah powered past his man into the area and rounded the opposing keeper. The Ghanian attacker couldn’t find space to score, forcing him to pass the ball to Antwi, whose effort was blocked by the keeper. Sudeva survived another attack in the 43rd minute as Sharif Muhammed’s strike from distance kissed the top of the crossbar before going out for a goal kick.

Gokulam kept attacking towards the end of the half, and despite all the one-way traffic towards the Sudeva Delhi goal, could not force the opening goal in the first half. Vincenzo Annese’s side returned from the break and continued to press for the opener.

Philip Adjah was clean through the goal in the 57th minute, but once again he tried to round the keeper, and in doing so, pulled his strike wide of an open net. Meanwhile, Sudeva stitched a few passes in attack and created two half-chances.

First, Shoubho Paul’s long-range attempt in the 61st minute swung wide of the goal. A minute later, they finally hit the target after Shaiborlang Kharpan flicked Naocha Singh’s long throw straight into the hands of the Gokulam Kerala keeper Ubaid.

Gokulam’s attacking persistence finally broke Sudeva defence in the 68th minute when Philip Adjah turned Dennis Antwi’s low cross across the goal into an empty net, giving Gokulam the lead. The Malabarians did have two more chances in a span of four minutes to double their advantage but Dennis Antwi’s effort both times ended on the roof of the net.

Sudeva did string up a few passes around the Sudeva area towards the end of the game. However, Gokulam called upon their vast experience and ran down the clock as they finished 1-0 victors, pushing them up to the second spot on the Hero I-League table.